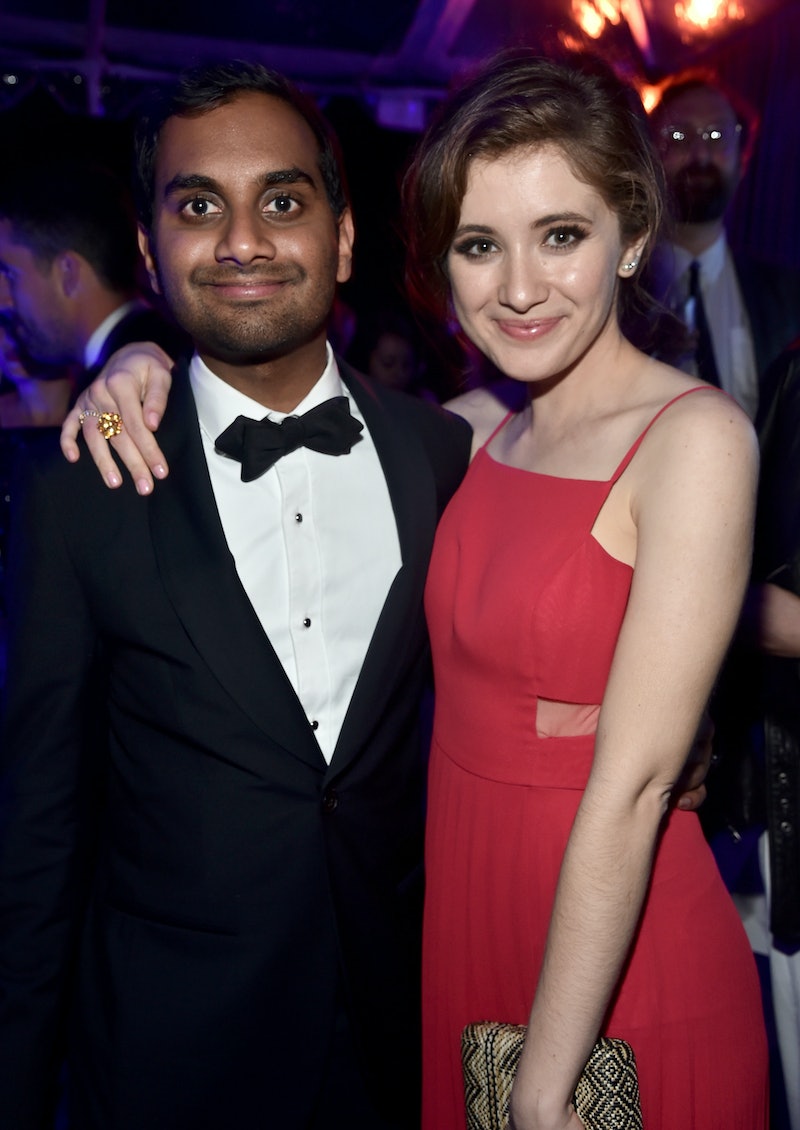 Amid the swirl of Twitter trends around Kanye West's new album art, Aziz Ansari crept in with a win: Ansari announced that Master of None Season 2 would arrive in next year via Twitter Thursday afternoon. The series garnered both critical and popular praise in its first season — Ansari was nominated for a Golden Globe for Best Actor in a Television Series, Musical or Comedy, and the series was nominated for Critics' Choice and NAACP Image Awards. Its near-universal positive reception means it's not too much of a shock that it was renewed — especially seeing as it's one of Netflix's few original scripted comedies amid a slate of dour dramas — but it's still heartening for fans to know it's coming back next year.

Master of None's first season premiered on Netflix back in November 2015. It's the kind of show best consumed voraciously, en masse. I'm sure I'm not the only one who spent 18 hours holed up watching episodes, reading about it, watching more episodes, rinse and repeat. And with the ending-that-wasn't of Season 1, it is comforting to know that Dev and his friends (and fabulous parents) will be back next year with more antics. Ansari's Twitter announcement comes with a vibrant neon video that gives a rundown of the whole first season, with a bold-faced "Master of None Season 2" to top it all off.

Ansari had previously premiered several standup specials on Netflix, including Buried Alive and Live at Madison Square Garden, but Master of None was his first scripted comedy on the streaming service. And now there's more of it to come! Exciting things are happening, and they're not all for Kanye.