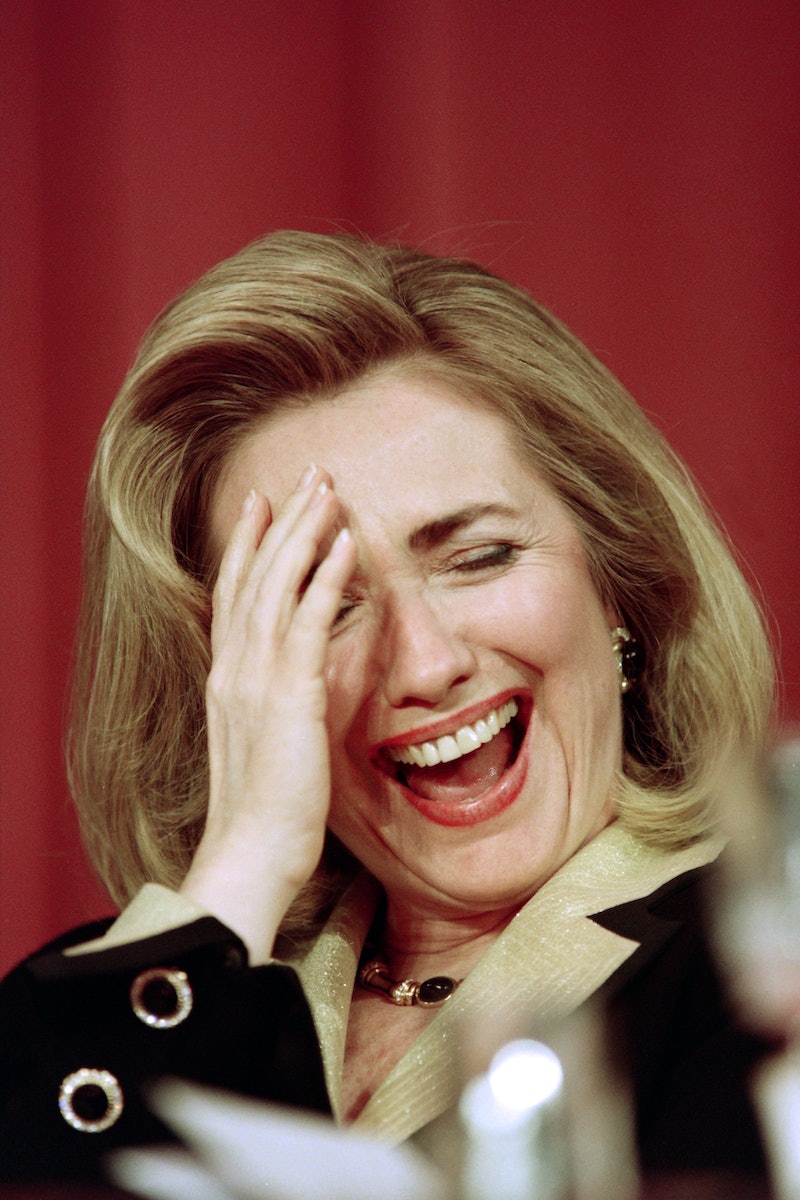 After the last round, it was no surprise that Thursday night's PBS Democratic debate was a heated one. Candidates Bernie Sanders and Hillary Clinton sparred in their first one-on-one debate last week, showing that they weren't above practically shouting at one another to get their respective points across. With Thursday's showdown, they had an even greater deal riding on them, having just come out of a virtual tie in the Iowa caucus and a win for Sanders in the New Hampshire primary. To help lower the stress levels a bit, here are some of the funniest Democratic debate tweets and jokes to come out of the candidates' second round without Martin O'Malley.

As was seen with the last debate, Clinton and Sanders have been going head-to-head in a much fiercer way than ever before in recent weeks. The results in both Iowa and New Hampshire have especially placed Sanders in a position the Clinton team seems to not have expected, and have thus come at him that much harder since then. The PBS debate was reflective of this change in the game.

Because of this new, contested rivalry between the candidates, Twitter's tendency to turn just about anything into a joke is good for the nation's collective blood pressure, too. Here's a look at some of the best from the night: