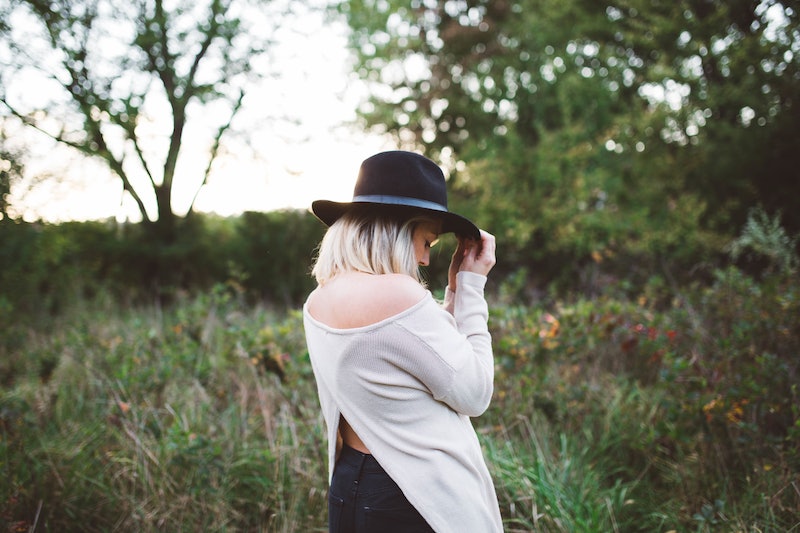 "You are not special. You're not a beautiful and unique snowflake. You're the same decaying organic matter as everything else." While Fight Club's Tyler Durden has his own opinions about originality, I'd like to see him try to talk Adam Grant out of his views on the subject. Grant's new book, Originals: How Non-Conformists Move the World, examines what makes original thinkers different from more conventional thinkers. According to Grant, there are certain traits that many Originals have in common, like a willingness not to settle for the default and a radical nature, that help them stand out from the crowd.

So what about you, you special snowflake? Think you might be an Original? While reading the book, I couldn't help but judge myself based on the criteria Grant put forward. More interestingly, though, I started thinking about some of my favorite literary characters, and whether they would be considered Originals based on Grant's findings. I compiled a list of five of the Original traits that Grant focuses on in the book, and tried to match up some of my favorite characters to them.

According to Grant, Originals are known to:

According to Grant, "The hallmark of originality is rejecting the default and exploring whether a better option exists." Originals, rather than accepting the way things are just because it's considered the norm, instead try to find new solutions to the problems they find with the existing system.

Huck's famous, "Alright, I'll go to Hell" moment comes when he decides that, rather than listen to the conventional wisdom that says that Jim is a criminal for daring to escape his slavery, he will do what he thinks is right and help Jim escape. His rejection of the default (that helping an escaped slave is the equivalent of stealing from the slave's "rightful owner") and embracing of an alternative (helping Jim because he has come to care for him) marks him as the most original character in the novel.

2. Have A Lot Of Ideas Instead Of A Few "Original" Ideas

Grant quotes Stanford professor Robert Sutton as saying, "Original thinkers will come up with many ideas that are strange mutations, dead ends, and utter failures. The cost is worthwhile because they also generate a larger pool of ideas — especially novel ideas." As others have noted, originals don't necessarily always come up with better ideas, they just come up with more of them — and some of those ideas end up being great.

The eldest of the Baudelaire orphans spends the entire series inventing contraptions that help save her siblings from the diabolical Count Olaf. Not all of them are perfect (and unfortunately none of them are ever quite enough to rid the Baudelaires of their nemesis), but the sheer amount of inventions Violet comes up with is astounding. Even if her inventions don't initially work as planned, they still help lead to bigger and better ideas that have saved the orphans more than once.

3. Refuse To Be Silenced

When Originals aren't happy with the way things are going in their work or personal lives, they have two options: try to enact a change or walk away and find something better. Regardless of if an Original decides to change a system they don't believe in from the inside or leave to find better opportunities elsewhere, Grants says they all have one thing in common: "they chose to speak up rather than stay silent." They aren't shy about asking for what the want, and would rather face ridicule than stay silent when they think something is wrong.

Our favorite Jane Austen heroine isn't one to keep quiet when things aren't going her way. One of the reasons we love Lizzie so much is her commitment to speaking her mind and standing up to those who wrong her, whether it's Mr. Darcy's snide comments or Mr. Collins' general awfulness. No one can keep Lizzie silent (as much as her mother would certainly like to try), and her tenacity is the root of her originality.

Congratulations, procrastinators of the world, you aren't lazy, you're just exhibiting signs of original thought! Grant writes, "By taking a break in the middle of your brainstorming or writing process, you're more likely to engage in divergent thinking and give ideas time to incubate." This can also apply to much longer procrastinating: Many original thinkers don't come up with their most famous inventions or theories until quite late in life.

If anyone knew about procrastination, it was Jack Kerouac's various alter-egos. Kerouac's narrators would jump from being completely immersed in their work to leaving it all behind to go on days-long drinking and womanizing binges. But who's to say that these breaks for debauchery didn't aid in the writing process? Don't tell me you didn't procrastinate in much the same way during your college years.

Radicals tend to be original thinkers, but sometimes they need to take a step back to be successful. Grant notes:

Researchers Debra Meyerson and Maureen Scully have found that to succeed, originals must often become tempered radicals. They believe in values that depart from traditions and ideas that go against the grain, yet they learn to tone down their radicalism by presenting their beliefs and ideas in ways that are less shocking and more appealing to mainstream audiences.

Katniss Evererdeen may have been the Mockingjay, but her contempt for the people of the Capitol and her refusal to play along with the publicity surrounding the Hunger Games didn't initially endear her to the Hunger Game's audience. She needed Peeta, who was no less subversive but more willing to appeal to a larger audience and, as such, largely orchestrated his and Katniss' survival in the games and won them the love of Panem.