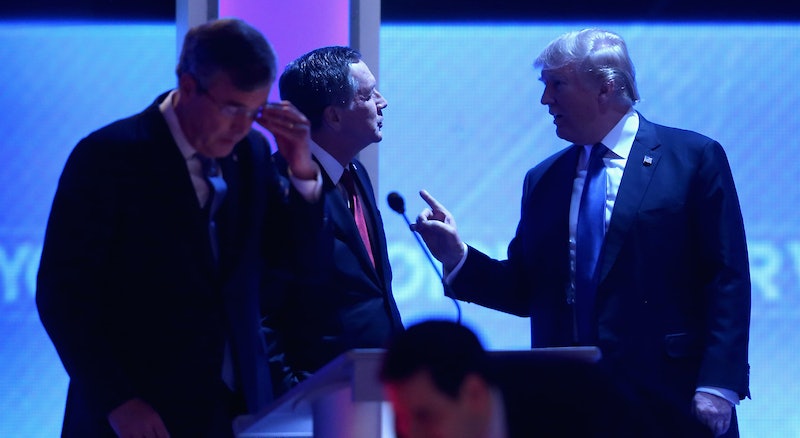 Even before John Travolta swept across the dance floor in his white bell-bottoms in 1977, Saturday night has traditionally been the social event you spent all week waiting for. This weekend, however, you might find something more interesting than a DJ spinning the same old tired tunes on your local broadcast news network. Republican presidential candidates will meet once more in South Carolina to dissect each other's personal lives and policy proposals in their traditionally raucous debate display this Saturday at the Peace Center in Greenville. The ninth Republican presidential primary debate will present a significantly winnowed GOP field following the New Hampshire primary and news of multiple candidates deciding to pack it in and go home. But even if you decide to go out, there are more than a few easy ways to watch the next Republican debate without a TV or having to cancel your Saturday night plans.

CBS News will host its second Republican presidential primary debate Saturday at 9 p.m. ET, broadcasting the 90-minute affair on CBS' main channel. If staying at home isn't your idea of a rocking Saturday night (or the television just feels a bit antiquated to you), the debate can be live streamed online at CBSNews.com allowing you to easily watch from your laptop, tablet, or mobile device. As with any form of video streaming, beware watching without a Wi-Fi connection as live streaming can eat up data plans quickly.

The results of the Iowa caucuses and the New Hampshire primary have ensured Jeb Bush, Ted Cruz, John Kasich, Marco Rubio, and Donald Trump will all make it to the debate stage in South Carolina. Ben Carson will also participate if he is able to poll in the top five in an average of national and South Carolina polls conducted from Jan. 15 to Feb. 12. Fresh off his win in New Hampshire, Trump will likely continue his criticisms of Rubio, who has struggled to maintain the momentum his third-place finish in Iowa gave his campaign. Kasich will likely attempt to be a more forceful presence on stage as he looks to build on the exposure his second-place New Hampshire win garnered him.

With Chris Christie and Carly Fiorina out of the race, the remaining candidates are sure to be on top of their game this go-around with strategically crafted attacks and one-liners you'll not want to miss. The entrance fiasco at the last Republican debate proved politics has absolutely become must-see TV. But a primetime Saturday debate doesn't have to ruin your weekend plans thanks to modern technology like live streaming and mobile apps. Whether you tune in online or via a television, the important thing is that you tune in to stay informed.