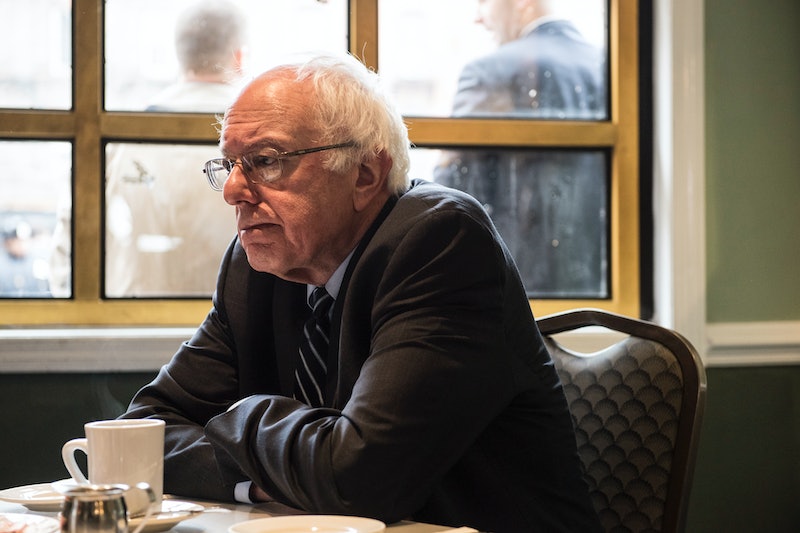 It's been a pretty good week for Vermont Sen. Bernie Sanders, I'd say. On Tuesday, he won the New Hampshire primary as expected, outdoing former Secretary of State Hillary Clinton in the state that shares a border with his own. On Thursday, he carried this momentum into a primetime debate against Clinton, where Bernie Sanders' closing statement reiterated his mission clearly and concisely by calling for a "political revolution":

At this point, the race between Sanders and Clinton seems unbearably close. Clinton narrowly beat Sanders in Iowa last week, and Sanders one-upped Clinton with his decisive win in New Hampshire on Tuesday. From both Iowa and New Hampshire, one of the most important takeaways was finding out who voted for whom. That turned out to be more good news for Sanders. He did remarkably well with young voters in Iowa. Of Democrats, 84 percent of those under the age of 30 caucused for Sanders in Iowa, while just 16 percent caucused for Clinton.

In New Hampshire, Sanders won 53 percent of the Democratic vote from women, a group that Clinton seemed to have locked down long ago. There's no doubt that women and young voters will remain important voting blocs to watch moving forward. During his closing statement at Thursday's debate, Sanders proved why he may have a lead over Clinton among those two groups of voters.

Regardless of their beliefs or track records on individual issues, Sanders and Clinton have always had one major angle separating their campaigns. For the most part, Clinton has run as a continuation of the current administration. After all, she was once a very integral part of the Obama administration, serving as secretary of state during Obama's first term. Sanders, on the other hand, has run as a complete contrast — or, as much of a contrast as someone from the same political party can be — to Obama and Clinton.

On Thursday night, Sanders continued to distinguish himself from Clinton and the current administration. He called, as he often does, for a political revolution that gets marginalized groups of people more involved in and more important to policy-making. This language seems to resonate among young voters, in particular, giving Sanders an edge over Clinton.

Sanders also took a very clear jab at Clinton in his closing statement. He's usually not one to be aggressive, but he made it clear while on the debate stage that he's not messing around. At the start of his closing statement, Sanders said, "One of us ran against Barack Obama. I was not that candidate."

Sanders also restated his priorities, which include fighting Wall Street and removing big money from politics. He has remained steadfast and consistent with these messages throughout his entire campaign, although Clinton has more recently challenged him by emphasizing the small donations she has received in her own campaign. Ultimately, it's clear that Americans, especially young people, feel disillusioned by the political process and its current state. Sanders' campaign message, succinctly tied up with a ribbon during his closing statement, aims to eradicate this disillusion by welcoming marginalized voters into his folds.