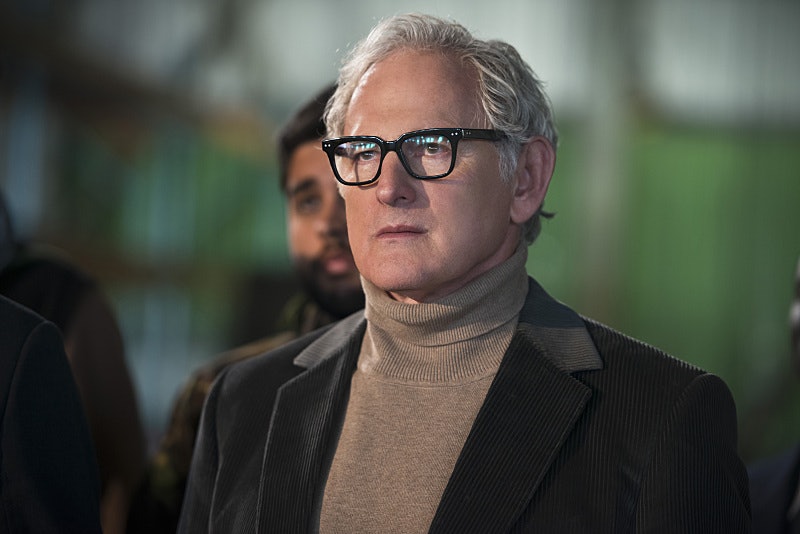 It's only been a few short weeks since Carter died, however, Legends of Tomorrow is wasting no time (pun intended) in putting the rest of its characters in severe mortal danger, especially in regards to Professor Martin Stein. After tracking Vandal Savage to the Soviet Union in the year 1986, our Legends discovered that Savage has been working to create a Soviet Firestorm to use as an ultimate weapon against, well, the world. So naturally, Stein takes it upon himself to try to destroy the thermo-core and prevent this from happening. But in the process, he (along with Ray Palmer and Mick Rory) end up getting themselves kidnapped by Savage's partner in crime, Valentina Vostok. And based on next week's promo, there's a chance that Professor Stein could die on Legends of Tomorrow .

Of course, I'm hesitant to think that the series would kill off another one of its characters so soon. (Not to mention that I try not to put a lot of stock in misleading promos.) However, that still doesn't make me any less worried. Stein is genius and therefore a crucial part of the Legends team, so the thought of that brain being placed in the wrong hands is a terrible notion to say the least. Because while Stein would never assist in Savage's plan in order to save his own life, he would definitely do it to save the lives of his fellow captors, Ray and Mick. His conscience wouldn't allow him to just let them die, even if it was for the greater good.

Now, on the positive side, Rip Hunter & Co. have every intention of rescuing their fellow Legends. But as the promo quite clearly indicates, things aren't going to go according to plan (when do they ever?) and may result in the team taking drastic measures to save the world... like having Sara assassinate Stein in order to stop Savage's plan from moving forward. Let's just hope that something comes up that stops her from pulling that trigger.