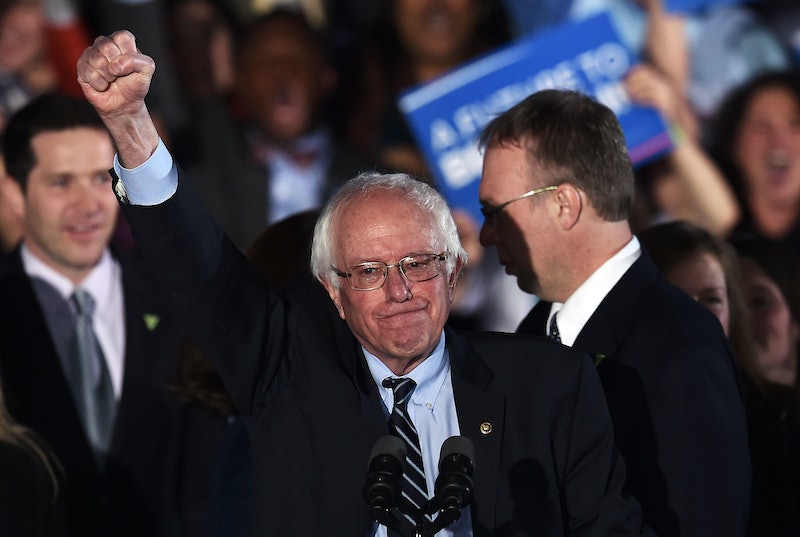 The man championed as the young people's president may have just shown his age a little on the debate stage: Bernie Sanders said "do marijuana" in a moment that's now making the rounds on the Internet (because of course). After being asked how he would address the disproportionately high (no pun intended) number of black men arrested for marijuana possession, Sanders replied: "The reality is, that both the African-American community and the white community do marijuana at about equal rates." Despite, of course, being a serious issue that does have a large effect on communities of color, the Internet collectively lost it at the phrase "do marijuana."

His opponent, Hillary Clinton, has been criticized before for attempting to seem "hip" to younger voters, perhaps with this desire most famously personified during her "Whip/ Nae Nae" dance on The Ellen DeGeneres Show. Sanders has, in most cases, been praised as being her antithesis, somehow seeming to remain cool despite being a 74-year-old grandpa with an Albert Einstein-aesthetic.

His gaffe on stage, therefore, seems all the funnier:

So though his slip up may have cost him a couple cool points, all in all, there are surely still loads of young people willing to #FeelTheBern and do some marijuana with Sanders.