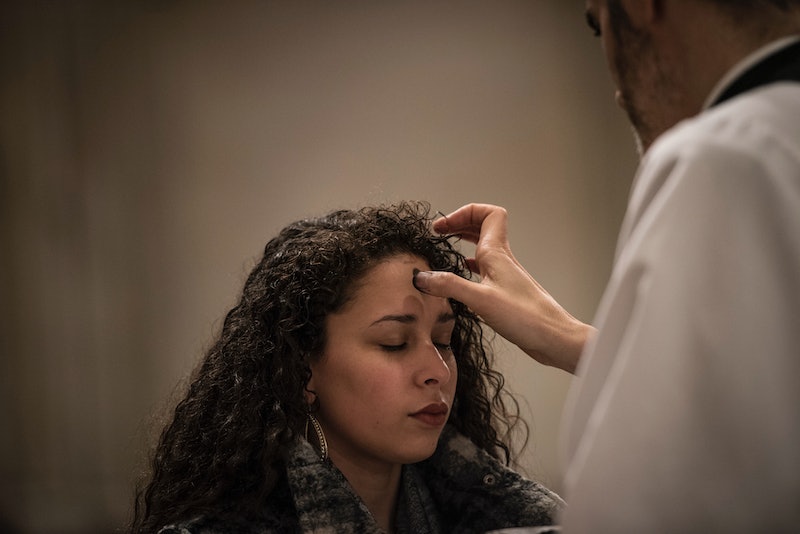 This week marked the beginning of the six-week period known as “Lent,” a time when people from many denominations of Christianity observe rituals and traditions focused on penitence, reflection, and prayer. You may have seen people out and about with ash on their foreheads on Wednesday (in observance of Ash Wednesday), and heard others discussing what they’re “giving up for Lent” this year. If you’re someone who isn’t familiar with Lent, you may be wondering, “Why do people give things up for Lent? Actually, what is Lent? And what do ashes have to do with it?” Don’t worry, friends, I’ve got you covered.

Lent covers the 40 day period before Easter every year; the 40 days reflect the time that Jesus was said to have fasted for “forty days and forty nights” in the wilderness, according to Matthew 4:2. Because Easter doesn’t always happen on the same date, the dates of Lent change from year to year. This year, Lent started on February 10 and will end around March 24. The exact end dates of Lent vary according to which Christian denomination you’re in, as different groups count the 40 days in different ways. (For example, in some churches that observe Lent, Lent is actually 46 days long because Sundays are excluded from the official count, as they are seen as celebrations of Christ’s resurrection.)

Lent is heavily associated with penance, fasting, and abstinence. It starts with Ash Wednesday, when churchgoers are marked with a cross on their foreheads, made from the ashes of palm branches used for Palm Sunday the week before. The ashes are symbols of repentance and mortality, and they are often accompanied by some variation of Genesis 3:19: “For dust thou art, and unto dust shalt thou return.”

For the next 40 days, followers practice fasting and abstinence in observance of Lent. Catholics, for example, fast on Ash Wednesday and Good Friday (the Friday before Easter). In this case, “fasting” means that they are allowed to have one full meal a day, with two small snacks. They also abstain from meat on Fridays during Lent. One of all-time my favorite random facts is that in Venezuela, the Catholic Church has classified the Capybara as a fish, so that people can eat it during Lent. This is a Capybara, the world’s largest rodent:

In addition to fasting, people from a variety of Christian denominations will also give things up for the 40 days of Lent (Basically it’s the opposite of Rickrolling). Usually, these “things” will be foods, habits, or other things that they find pleasurable. It’s common to see people give up their favorite foods, or vices like smoking or gossiping. Both the fasting and abstinence are meant to mirror Christ’s fasting in the wilderness, but they also function as demonstrations of penance and solemnity in the days leading up to Holy Week, the week that commemorates the betrayal and crucifixion of Christ and finally culminates in the celebration of his resurrection on Easter Sunday.

More like this
The Case For A Hard Launch Summer
By Morgan Sullivan
15 Ways To Tell Someone Was Just Talking Behind Your Back
By Carolyn Steber
If Your Refrigerator Is A Mess, These 25 Organizing Products Can Help
By Courtney Young
Here's Your Daily Horoscope For May 23, 2022
By Mecca Woods
Get Even More From Bustle — Sign Up For The Newsletter