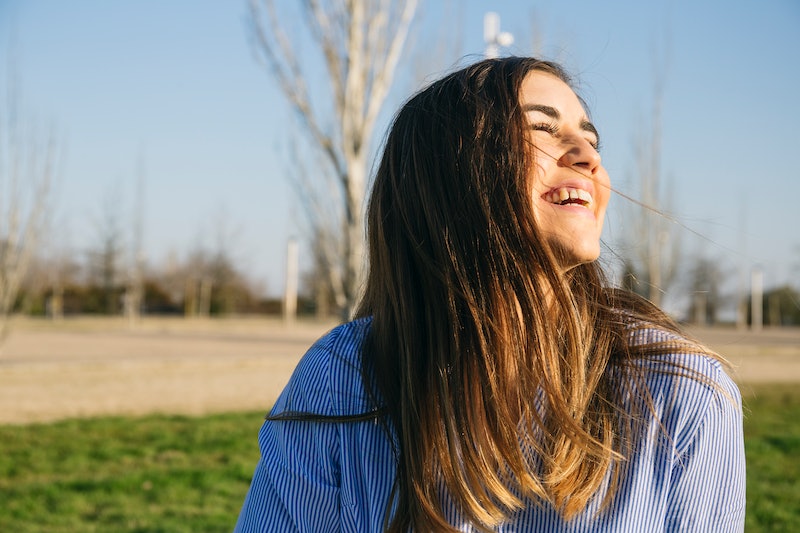 In a recent paper published in Trends in Cognitive Sciences, University of Wisconsin social psychologists Paula Niedenthal and Adrienne Wood suggest that people tend to automatically mimic the facial expressions of others in order to better understand their emotions and even create those emotions in themselves. If you’re with a friend who is smiling, for example, you might find yourself unconsciously smiling, too. That physical response will trigger emotional associations that you already have with smiling, which will allow you to feel what your friend is feeling. Although smiling is a fairly easy case (Smiling = Happy, most of the time), facial mimicry can also help you to identify what someone else is feeling, using memories of your own facial expressions as a kind of emotional catalog. A press release says, “In ‘trying on’ your friend's expression, it helps you to recognize what they're feeling by associating it with times in the past when you made that expression.”

Niedenthal explained, “You reflect on your emotional feelings and then you generate some sort of recognition judgment, and the most important thing that results is that you take the appropriate action — you approach the person or you avoid the person.” She added, “Your own emotional reaction to the face changes your perception of how you see the face, in such a way that provides you more information about what it means.” This process of facial mimicry and emotional recognition occurs so quickly — in a few hundred milliseconds — that we’re not even aware we’re doing it.

The link between mirroring other people’s faces and empathizing with their emotions can become problematic when someone can’t mirror another person’s face. When someone has limited facial mobility, due to, for example, facial paralysis from a stroke or Bell’s palsy, he or she can have difficulty recognizing and sharing other people’s emotions. (Niedenthal said that people born with facial paralysis wouldn’t have this problem, as they would have never had to rely on facial mimicry for help in interpreting emotions in the first place, and thus would have developed other ways of reading emotion).

The paper also suggests that when people with social disorders like autism struggle to interpret the emotions of others, it may be due in part to their inability to mirror other people’s expressions. Niedenthal explained, “There are some symptoms in autism where lack of facial mimicry may in part be due to suppression of eye contact,” adding, “it may be overstimulating socially to engage in eye contact, but under certain conditions, if you encourage eye contact, the benefit is spontaneous or automatic facial mimicry.”