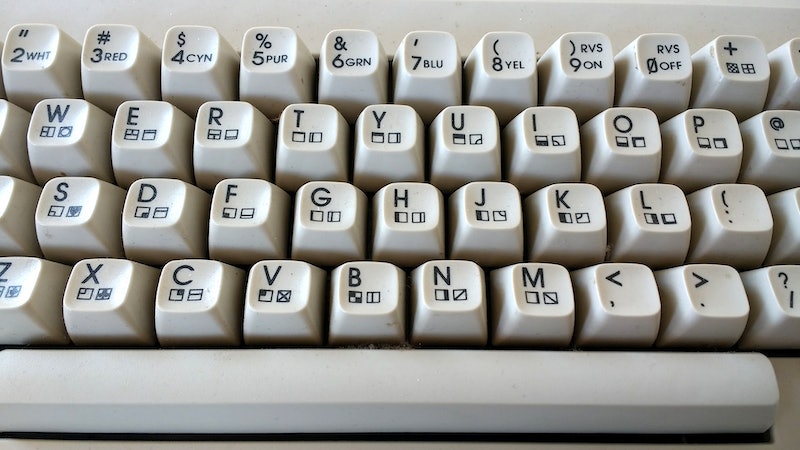 There’s no denying that technology has vastly improved since the early ‘90s; sure, we often bemoan the fact that our culture is so plugged in so much of the time now — but when you step back and look at it all for a moment, the things technology is capable of accomplishing these days is really rather astonishing. Sometimes, though, we still miss the good old days — which is why I’m so thrilled that, thanks to the Internet Archive, we now have access to hundreds of Windows 3.1 programs you probably forgot about. Kind of amazing to think that the programs that used to require our computers’ entire processing power to run only need a browser and an emulator now, isn’t it?

The Internet Archive made huge waves at the beginning of 2015 when they made countless DOS games playable online via emulator, so it’s unsurprising that they’re extending their reach to include Windows programs from the early ‘90s, too. Are old Apple programs next? Only time will tell.

In the meantime, here are 10 Windows 3.1 programs you probably forgot existed; check out more over at the Internet Archive. My, how time flies!

Most ‘90s kids probably remember the PC version of Monopoly created by Westwood Studios — the one with the snazzy animations and seemingly sentient game pieces. But before that one came along in 1995, we had 1992’s Monopoly Deluxe. It wasn’t fancy, but it got the job done.

Desktop toys eventually fell out of style (I blame Bonzi Buddy), but back in the day, there was nothing more entertaining than having a little AI creature roaming around your desktop. Did they really do a whole lot? No; they were pretty rudimentary programs, after all. But they sure were cute.

Wow. I actually had no idea that Windows 3.1 boasted a playable version of Risk. Apparently the PC game was almost identical to the IRL one, with the added bonus of two optional rules: Limiting card set values, and limiting the number of armies allowed in any given territory.

According to its “About” page, Bookworm was “a databse manager designed for the storage and retrieval of bibliographic materials” — kind of like an early version of programs like Calibre. Like much of the software available during the early ‘90s, you could copy it and redistribute it freely as long as you didn’t mess with its files.

Originally released in 1991 as part of the Microsoft Entertainment Pack, Ski Free will likely appeal to anyone who grew up playing Winter Games on an Atari. The most pressing question I have about this game, though, is this: Who the heck thought it was a good idea to let dogs roam freely on a ski slope?

There’s nothing quite like testing out a demo for an operating system on an older version of the same operating system. It’s just so meta. This one was apparently given out as a promo via floppy disc with PC magazines in the months leading up to the OS’s release.

I’ll be honest: I have no idea what this actually is. Its description calls it a point-and-click horror game, but from what I can tell, the only thing that it actually does is say, “Daaaaaaare you enteeeeeer… the SPOOOOOOOOOKEY DOOR!” when you select “New Game” from the menu. Given both the ridiculousness of the title and the fact that it’s misspelled, I assume The Spoooookey Door is one of those hilarious little joke programs that were so prominent during the early days of home computing. Is it kind of dumb? Yes. But it’s also pretty funny.

8. Castle of the Winds

A top-down, turn-based RPG, Castle of the Winds was originally developed in 1989 by SaadaSoft before gaining distribution by Epic MegaGames in 1993. An attempt to remake it was made in 2012; alas, though, a lack of funding halted the project. But hey, at least the original is still available to play online.

Thanks to Star Trek: The Next Generation, Star Trek as a franchise had a nice little renaissance in the late ‘80s and early ‘90s — much of which, interestingly, focused on the original series. This 1992 strategy game put players in control of pretty much every aspect of the Enterprise as the crew attempted to defend the galaxy from an invading armada—although I’m not going to lie: By far the best part of the whole thing is the background noise. It sounds just like being on the bridge of the Enterprise should.

Sure, we all remember Space Cadet Pinball — but before that, we had this. TDK Pinball Machine is little more than a glorified ad — the idea was for it shill TDK’s various forms of storage media — but hey, pinball is pinball, right? I also appreciate the fact that the little mock-LCD ticker thing includes a reference to one of my favorite Pink Floyd songs.