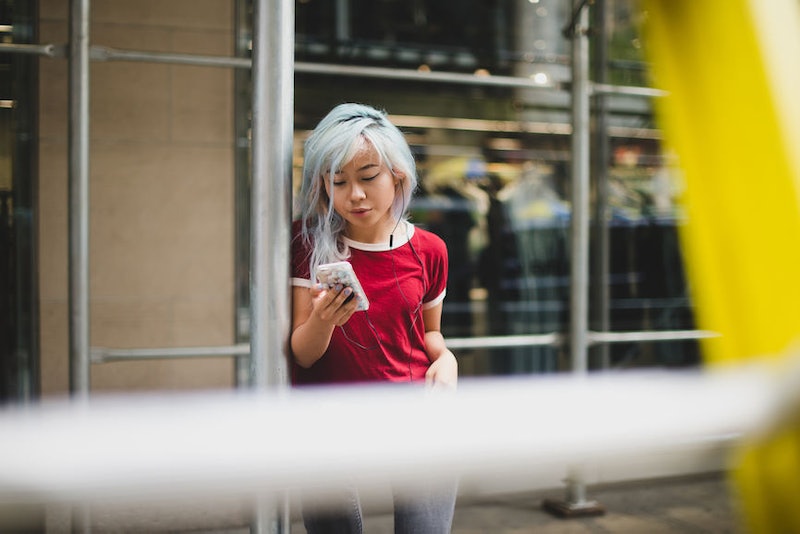 The verdict is in, and online dating doesn't seem "desperate" anymore. Our generation has the very unique experience of having one foot in the world before smart phones and Internet, and another in creating a world that is so digitized, everything from grocery shopping, work, bills, and yeah, even dating, is done online. Not so long ago, online dating had a very distinct negative stigma. It was perhaps informed by our first experiences on the Internet, when our parents told us that if we spoke to a stranger online we were halfway to being killed by a Craigslist murderer. Certainly, the dangers were obvious (and to be fair, aren't entirely eliminated). However, a new study is showing that if online dating is your primary way of meeting new people, you're no longer considered "sad" or "pathetic."

Let's be clear: while there are pros and cons to everything, the inherent pros to online dating are absolutely incredible. For the first time in history, you don't have to date or partner with just the people you went to school with or whom your parents knew. You can meet up with a virtual stranger based on common interests, or personality tests. While sure, safety is always to be taken into consideration, the privilege we have is undeniable, and thankfully people are starting to catch up.

However, the most significant report is that 80 percent of Americans who have used online dating now think it's a great way to meet someone, though at the same time, nearly a third of them think the process actually holds people back from committing (why settle when the options are infinite?).

And like our parents once warned, 53 percent of women and 38 percent of men felt that online dating is the most dangerous way to meet people. What's most interesting about this is that nearly half of the people who use online dating also believe this is true. It seems as though we've officially placed possibility over apprehension, and while in many respects, that's an amazing thing, we all should be super careful of how we meet up with people and that anybody can become a statistic. But in terms of whether or not you should shame people for wanting love, and going through a different avenue to find it? That's soooo last century.