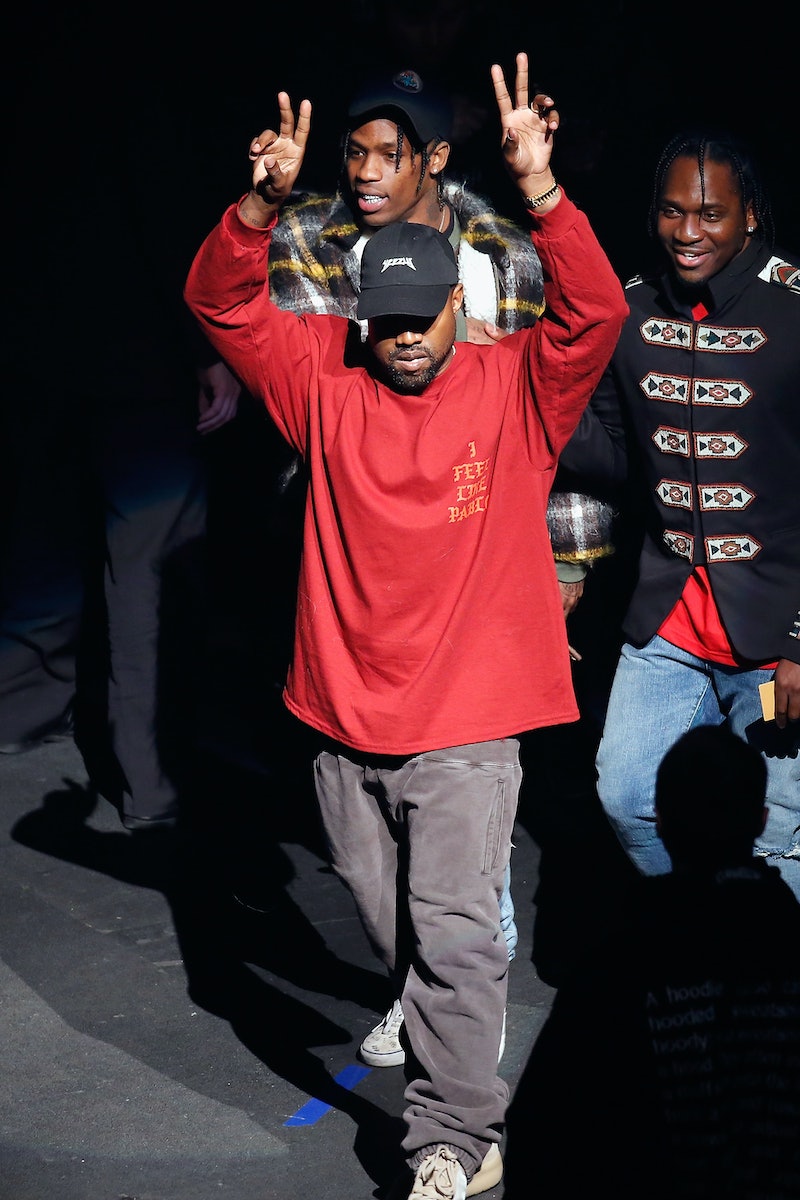 Kanye has been promising us the album formerly known as So Help Me God for nearly a decade now (in Internet time, that is — I guess IRL it's only been, like, a year and a half), and anticipation on the World Wide Web seems to have reached a boiling point. As of yesterday morning, it seemed the album — now titled The Life Of Pablo — was ready to be released that day after Yeezy tweeted this seemingly innocent photo of the 17 tracks which will comprise the album, along with the caption, "The album is being mastered and will be out today… added on a couple of tracks…" For the record: That was Friday, and The Life Of Pablo did not come out on Friday. Since then, the 'net has reached a veritable Christmas Eve level of anticipation, making customized The Life Of Pablo and Kanye West memes to kill the time until the album is bestowed upon us. Seriously, at this point, we're all just like a bunch of kids waiting to open our presents. (Or, if you're me specifically, a four-year-old waiting for her Mary-Kate and Ashley fan club package to arrive on your doorstep but minutes after sending away for it via snail mail.)

For those of you still waiting, good news and bad news: As of very early Saturday morning, it seems the album still wasn't finished — but is close to being finished. By which I mean, 'Ye himself admitted as much with the tweet: "HAD TO ALL CAPS THIS!!!!!! NO MORE RULES…. MAKE YOUR OWN RULES… ok now back to finishing Pablo." Then, later Saturday, Yeezy posted a meme of his own, blaming Chance the Rapper — who is featured on Pablo — for the delay, because "he really wanted Waves on that B*tch." (On his on Twitter, Chance admitted to fighting for "Waves" to be on the album.)

No matter who's behind the hold up, though, the Internet is continuing to do what it does best: Create memes while it waits. Here's the best of the Internet's angst via Twitter to get you through.

If you don't remember the show Zoom! circa 1999, allow me to bestow this clip upon you.

I feel you, Jordan.

This could be such an effective ad. Casual luxury!

When in doubt, Janet Wood GIFs are always relevant.

Re: What I said about Janet Wood and Three's Company? Same goes for the Pete's.

Actually, now that we're on the topic: Which Pablo is the album talking about, here? Escobar? Picasso? Schreiber?

This is my resting face all day anyways, so heaven forbid I one day make it onto a jumbotron.

And in case you were wondering: Here's the story behind the football player's tears.

OMG — you know what I just realized? YOU CAN TOTALLY DO THIS IN REAL LIFE!

Do I need to make my own reaction GIFs? Hurry up, Kanye!

More like this
BTS Reveals 'Proof' Will Be 3-CD Album & Here Are The Tracklists
By Grace Wehniainen and Alyssa Lapid
Cardi B Explains To David Letterman Why She Uses Her Star Power For Politics
By Jake Viswanath
The Very Best Quotes From Dr. Taylor Swift’s NYU Graduation Speech
By Grace Wehniainen
Watch The Dramatic First Trailer For Netflix's Jennifer Lopez Documentary
By Alyssa Lapid
Get Even More From Bustle — Sign Up For The Newsletter