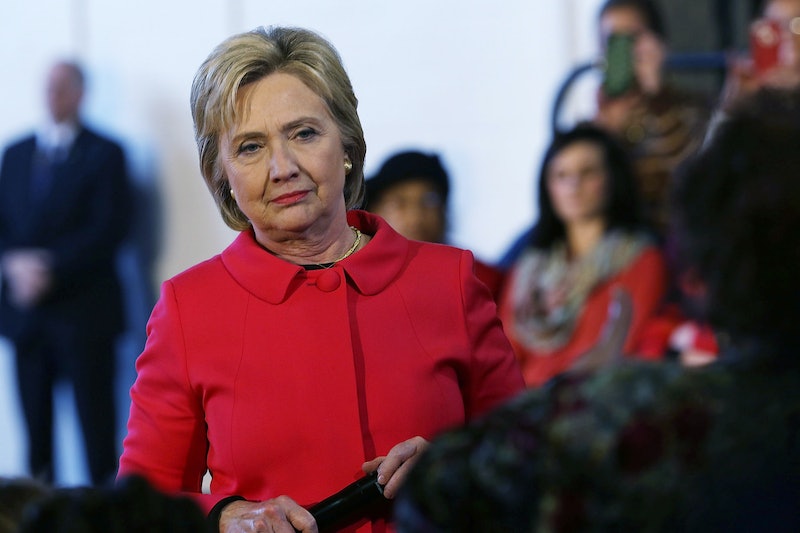 On Saturday the U.S. State Department released a new batch of Hillary Clinton's emails, which contains over 500 emails spanning over 1,000 pages. This is one of the last batches of the emails, one scheduled for Feb. 19, the day before the Nevada Democratic caucus, another the on Feb. 26, the day before the South Carolina primary, and the final batch from her private server scheduled for Feb. 29, just in time for Super Tuesday. But how can you read Hillary Clinton's latest email dump? It's time to dig in, everybody!

The State Department made 551 emails available on its so-called Virtual Reading Room, adding 1,012 pages to the tome of 45,830 pages of emails available to the public. The database is searchable, so you can search to your heart's content. And you've got plenty to go through before all of the 55,000 pages are released.

But for anyone looking for something really juicy, though, this batch might be disappointing compared to the last. Twenty-two emails in the last batch were flagged as "top secret," the highest classification. In this release, none of them are classified as such. There's still some intrigue, though! As The Hill reports, the State Department says that 81 of the emails are "confidential," and 3 of them were upgraded to a "secret" classification. So far, more than 1,300 of the emails that have been released have been classified.

The State Department is behind schedule for the release of the emails, which it was supposed to have concluded in January. The department was given an updated order by a federal judge to release the rest of the emails by the end of February. For Clinton, that's pretty awful timing. As she's on the campaign trail trying to woo voters in Nevada, South Carolina, and the 11 states that have primaries on March 1, she's being hit with constant public reminders of her private server.

Not to mention that Clinton desperately needs to make a good showing as Sanders continues to sustain momentum. She only won by a hair in Iowa, then proceeded to be handily defeated by the Vermont senator in New Hampshire. Although South Carolina looks good for Clinton, her Nevada chances aren't so sure. In other words, she better hope that any really damning stuff is buried toward the back of the 551 emails, otherwise the media circus could cost her votes.