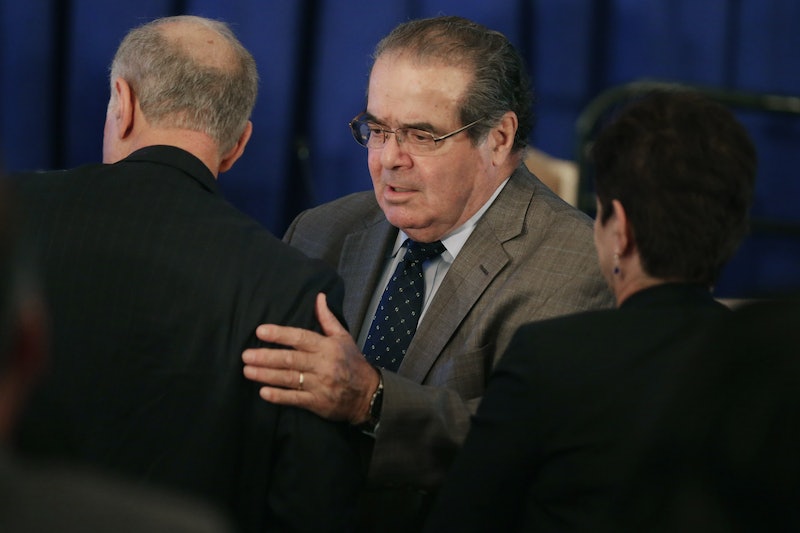 U.S. Supreme Court Justice Antonin Scalia was found dead on a West Texas luxury resort on Saturday. Scalia, who died of natural causes, was found when he did not show up for breakfast at the Cibolo Creek Ranch, where he was a guest. He was 79.

Scalia arrived the day before and spent Friday dove hunting at the ranch, which is in the Big Bend region near Marfa, Texas. He apparently attended a private party with about 40 people, and did not report feeling ill. A person associated with Cibolo Creek found his body in his room when he did not appear the next morning.

A federal official interviewed by the San Antonio Express News and asked not to be named said that Scalia died of apparent natural causes, and there was no evidence of foul place in his death. The U.S. Marshal Service, the Presidio County sheriff and the FBI were all involved in the investigation.

The conservative justice, who was appointed by President Ronald Reagan in 1986, began his career in public service in the 1970s, when he served a general counsel and eventually assistant attorney general under President Richard Nixon. Scalia was raised in Queens and is of Italian descent. Scalia leaves behind his wife, Maureen, and nine children.

Despite their clearly differing opinions, Supreme Court Justice Ruth Bader Ginsburg has spoken out about her friendship with the Scalia (there is apparently an opera about the two justices):

We know that even though we have sharp disagreements about what the Constitution means, we have a trust. We revere the Constitution and the court, and we want to make sure that when we leave it, it will be in as good shape as it was when we joined the court.

Scalia had a reputation for delivering fiery dissents and offering his blunt opinions. Most recently, he raised eyebrows with his comment that black college students would do better at "slower-track" schools and his dissent when the Supreme Court overturned state bans on gay marriage.

More like this
How The City Healed Five Years On From The Manchester Arena Attack
By Ella Glover
Michigan’s Governor Is “Going To Fight Like Hell” To Protect Abortion Access
By Andrea Zelinski
How To Fight For Reproductive Rights, Based On How Much Time You Have
By Courtney Young
President Zelensky Spoke Out On Ukraine's Chances Of Hosting Eurovision Next Year
By Sam Ramsden
Get Even More From Bustle — Sign Up For The Newsletter