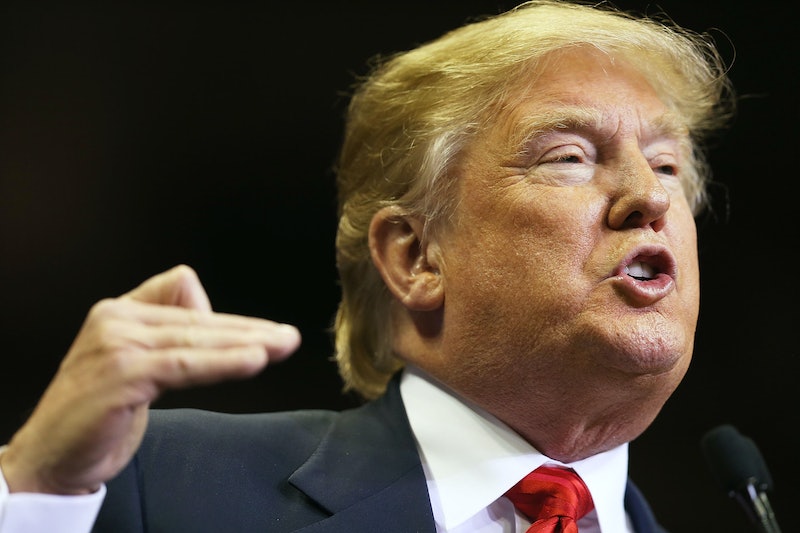 Saturday was a chaotic and tumultuous day, with the death of Supreme Court Justice Antonin Scalia shocking the political world in the morning, and a Republican presidential debate suddenly having to confront that loss in the evening. And with the very first question of the night, CBS News moderator John Dickerson questioned the Republican frontrunner on Obama's upcoming choice ― Donald Trump addressed Obama's Supreme Court nomination, and his answer wasn't exactly surprising.

Since news of Scalia's death spread through the media, the reaction from many elected Republican officials and the party's presidential field was pretty swift. Basically, they don't want Obama to nominate a replacement for Scalia, because... well, it's obvious why they wouldn't like that. Obama has already filled two seats on the court, and with just a year left in his second term, there's clearly a desire to freeze the process until there might be a Republican president in power.

No less than Senate majority leader Mitch McConnell has already started talking about this, and Obama has already announced that he'll be picking a nominee, setting up a massive political showdown for the coming year. Dickerson's question to Trump was clever, though ― he asked if Trump himself would decided to nominate a Supreme Court justice if he had just 11 months left in his presidency. And Trump's response was something less than straightforward.

Basically, Trump ducked the direct implication of the question ― hey, isn't it a little hypocritical to ask Obama to hold off on a nomination that anyone on this stage would want to make? ― and shifted the burden of that decision onto McConnell and the GOP-led Senate.

Well, I can say this. If I were president now, I’d certainly want to nominate a justice, and I’m sure that President Obama is going to try to do it. … This is a tremendous blow to conservatism, and frankly, to our country. ... I think he's going to do it, whether I'm ok with it or not. I think it's up to Mitch McConnell and everybody else to stop it. It's called "delay, delay, delay."

Make no mistake, if this becomes a knock-down, protracted fight between President Obama and the Senate, and that's certainly how it's looking right now, it's going to bleed over into the presidential race in a big way. And if the general public takes an issue with this kind of obstructionist attitude, you could very well see that "delay, delay, delay" moment in an ad somewhere down the line.