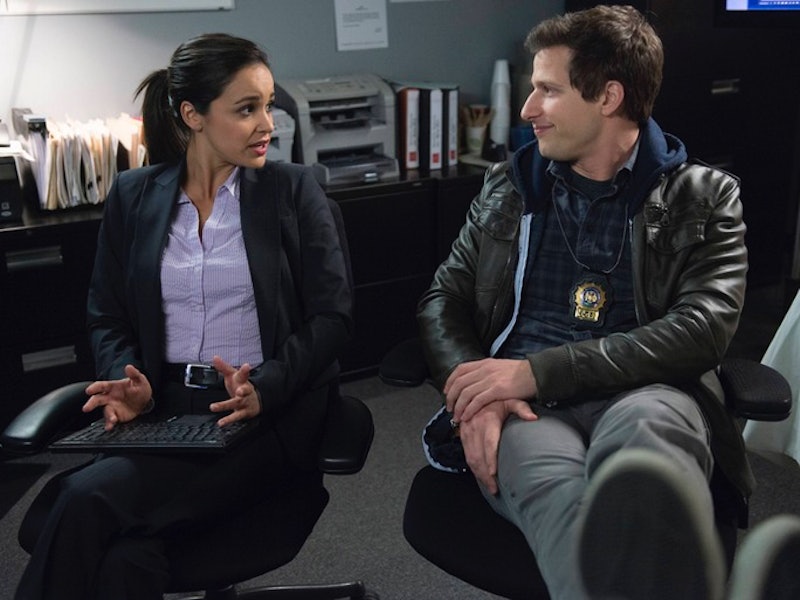 We've all heard the rule that you should never get involved with someone you work with, but apparently not many people are actually following it. According to a new survey conducted by Vault.com, office romances are more popular than you think. In fact, a whopping 51 percent of the 20,000 participants admitted to having some sort of romantic involvement with a coworker in the past, whether it was a brief fling, casual dating, or a long-term serious relationship.

Most of us spend at least 40 hours a week at work, so it's not hard to believe that some relationships between coworkers get closer than others. But apparently, the likelihood of an office romance can vary depending on your particular field. According to the survey, those who work in retail and technology are most likely to have participated in a work romance at some point in their lives, with 62 percent and 60 percent admitting to having done so, respectively. Following them, were those in human resources (57 percent) and in insurance (54 percent).

As for the people least likely to have an office romance, those in marketing, healthcare, accounting, and energy can count themselves as some of the rule-abiding employees of the bunch.

While it may not come as a huge shock to hear that in-office relationships occur relatively frequently, what is surprising is how people feel about them afterward. We've heard all kinds of warning stories about the downsides of dating someone you work with, but the survey respondents had a more positive take. Almost two-thirds of the participants who had an office romance said they’d do it again, and 10 percent said they were currently in some kind of relationship with a coworker. Another 10 percent said they actually met their long-term partner or spouse at work.

Of course, there's also a downside to all this in-office romance — 47 percent of those surveyed said they were aware of some sort of office-related infidelity going on between coworkers. Yikes.

With everyone spending so much time in their offices or at their jobs these days, romances are bound to occur from time to time and clearly, it's not as much as a no-no as it once was. The important thing to remember is to handle these relationships smartly and professionally and make sure it doesn't affect your ability to do your job. As for those currently crushing on someone at work… hey, at least you can take comfort in knowing you're not alone!

More like this
Why A Libra & Libra Couple Might Become Codependent
By Kristine Fellizar
Breeding Kinks Have Been On The Rise Since Roe V. Wade Got Overturned
By Lexi Inks
Are Quality Time & Gift-Receiving Love Languages Compatible?
By Lexi Inks
The 19 Best Tweets & Memes About Bisexual Awareness Week
By Lexi Inks
Get Even More From Bustle — Sign Up For The Newsletter