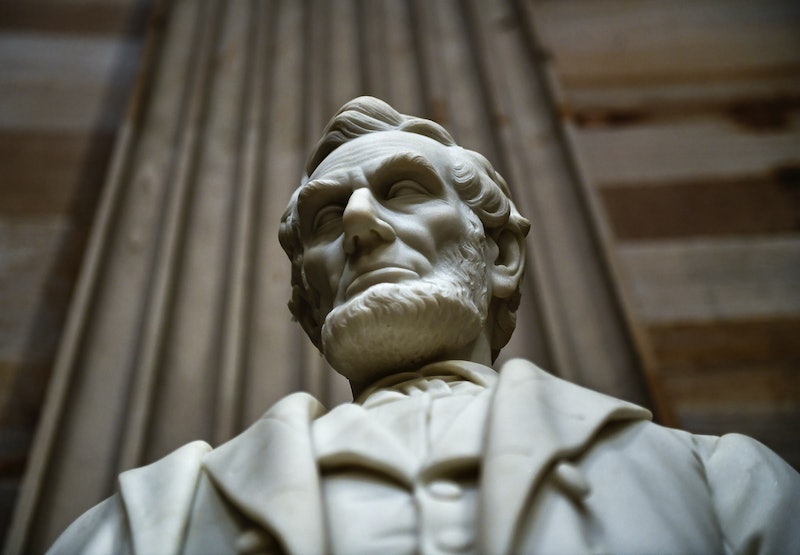 Words might not be tangible and they might not have been said by somebody who is even alive today, but that doesn't stop their ability to teach and inform future generations year after year. Such is the case with Abraham Lincoln quotes, 17 of which I have rounded up below in honor of Presidents' Day this Monday.

Uncle Abe, The Great Emancipator, The Rail-Splitter, The Tycoon, or whatever you may call him — there are so many wonderful character traits that define Abraham Lincoln and all he did for America in its early days. It takes strength to be a great leader, and even more important than that, it takes the courage to sometimes go against the majority consensus. Sometimes you're not going to be liked for doing the right thing, and for those of us who often feel the need to be people pleasers, it can make it that much harder to do (though the payoff is almost always worth it).

Take a moment to absorb these words of wisdom from a great man who not only excelled at his job (and quite a job being president is!), but who had the bravery to follow his beliefs no matter what the general public thought of him at the time. Uncle Abe, you rock.

1. "Most folks are as happy as they make up their minds to be."

3. "Be sure you put your feet in the right place, then stand firm."

4. "You cannot escape the responsibility of tomorrow by evading it today."

5. "Nearly all men can stand adversity, but if you want to test a man's character, give him power."

6. "Give me six hours to chop down a tree and I will spend the first four sharpening the axe."

7. "America will never be destroyed from the outside. If we falter and lose our freedoms, it will be because we destroyed ourselves."

9. "The best way to destroy an enemy is to make him a friend."

10. "Things may come to those who wait, but only the things left by those who hustle."

11. "Don't worry when you are not recognized, but strive to be worthy of recognition."

12. "No man is good enough to govern another man without the other's consent."

13. "When I am getting ready to reason with a man, I spend one-third of my time thinking about myself and what I am going to say and two-thirds about him and what he is going to say."

14. "Better to remain silent and be thought a fool than to speak out and remove all doubt."

16. "A house divided against itself cannot stand."

17. "The probability that we may fail in the struggle ought not to deter us from the support of a cause we believe to be just."