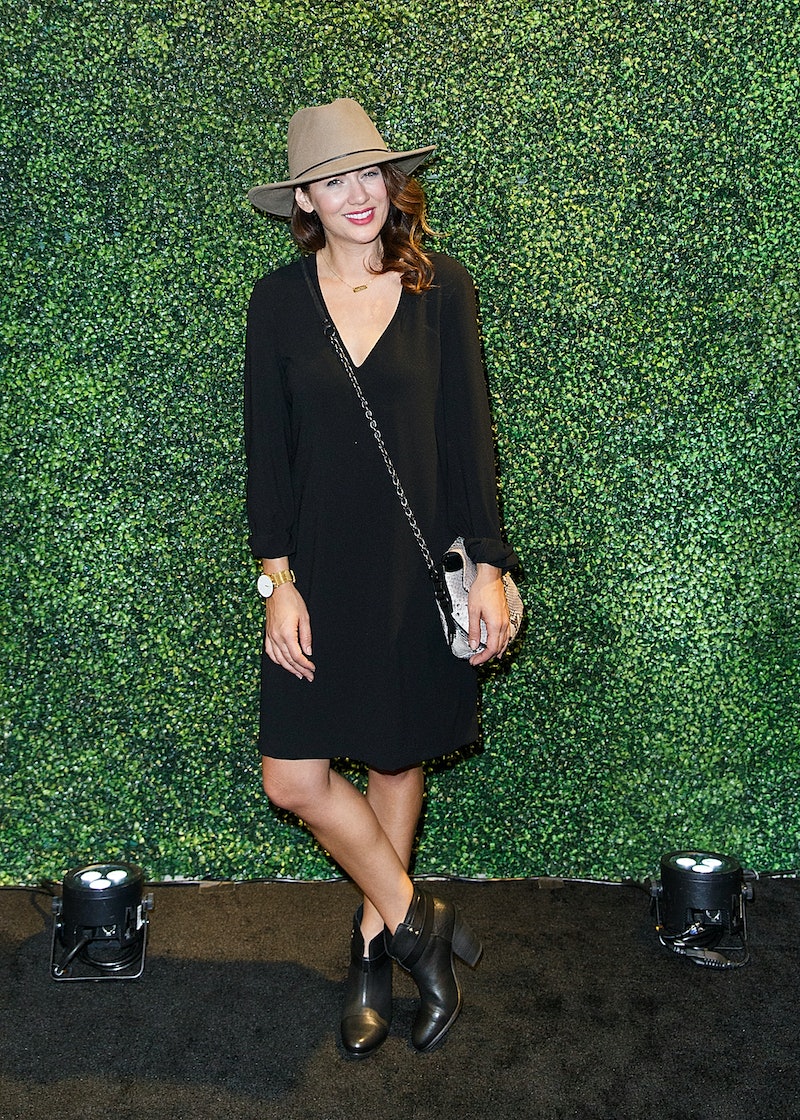 I always think it's interesting to find out about the love lives of The Bachelor and The Bachelorette contestants after their respective seasons and appearances are said and done, and that interest is undoubtedly heightened when the person in question was the Bachelor or Bachelorette themselves. Case in point, The Bachelorette of Season 5, Jillian Harris, currently has a particularly debonair significant other. But, who is Jillian Harris's boyfriend, really?

Well, the lucky guy is Justin Pasutto. And, according to Forbes, it's pretty serious. They explain that Pasutto and Harris live together, saying, "Jillian’s abode on Okanagan Lake is home to partner Justin Pasutto, [their dog] Nacho, and nightly guests." Per her Valentine's Day ode to him on her Instagram, she and Pasutto have been together for four years. She wrote,

Lying in bed, listening to the birds chirp waiting for my partner in crime to wake up... Thankful for him and the sweet little life we've built together. Almost 4 Years of ups and inevitable downs, travel, laughter, learning, patience, teaching, growing....more patience, adventure.... and of course LOVE. I love you @slipperygoose xoxo Happy Valentines Day

Now that you understand that they're the real deal, here are some things to know about Justin Pasutto that'll help you get just a little bit more familiar with him.

This is so freakin' sweet. Although, it can't be too hard to watch your girlfriend's show when it's Love It or List It. I binge on that frequently.

According to his Instagram bio, not only is Pasutto a former pro-snowboarder, but he's also an "adventurist." By the looks of his photos, those words may be an understatement.

According to a 2014 article from Wet Paint, Harris, "...and longtime boyfriend Justin Pasutto will voluntarily sleep on the street all night... as a part of an event put on by Covenant House to raise awareness for youth homelessness." The site relays that Harris also said per her blog, "For the 3rd year now, Justin and I will be sleeping on the streets of East Side Vancouver… with only a thin sleeping bag and a piece of cardboard." That earns a two thumbs up from me for being awesome.

He even wrote this Instagram caption for Harris's birthday in 2014,

Celebrating the love of my life's Birthday today. Words can not express how proud I am of this girl for reaching out grabbing life by the horns, making her own dreams happen and being such a role model for me and a lot of people I know. Happy Birthday babe @jillian.harris cheers to an amazing 2014 and I know this next year will only get better. Love Ya.

Pasutto sure knows how to post some postcard-worthy couple pics, but more than that, it's his heartfelt captions that are something to marvel at.