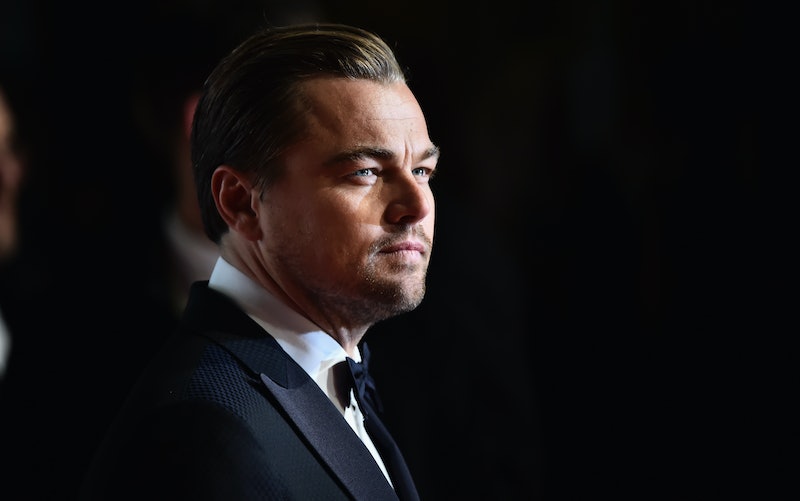 During award show season, everyone always acts as if Leonardo has never won an award in his life. He’s been nominated for an Oscar like 50 times (hyperbole, but really), and he’s never won one. Always a bridesmaid, never a bride, that Leo. In 2016, DiCaprio has picked up a SAG Award and a Golden Globe (among others) for his turn in The Revenant, and DiCaprio also won Best Actor at the 2016 BAFTAs. Since he’s swept the Best Actor category in every major award show this year, is this his year to finally win that elusive Academy Award? I would say yes.

DiCaprio has plenty of award statues on his mantel, but none of them are that big one — the Oscar. Though he’s literally one of the most successful and most critically revered actors of our time, I could see how he so wants the recognition from his peers. Golden Globes allegedly are easy to buy (or so we hear), but Academy Awards — they mean something. He came close with The Wolf Of Wall Street and The Departed, and I think that the Academy will finally give him what he wants. I wouldn’t be surprised if DiCaprio goes off and retires after then — how could he top his career? Well, maybe another Academy Award.

So why do I think The Revenant is a lock for Leo? Firstly, the movie keeps sweeping the major categories — it has won Best Picture and Best Director (Alejandro Iñárritu) pretty much across the board. That makes a statement to the Academy Awards: Sweep the Golden Globes, sweep the BAFTAs, and sweep the Oscars. It’s really as simple as that. Good luck, Leo — but I’m not sure that you’re going to need it this year.