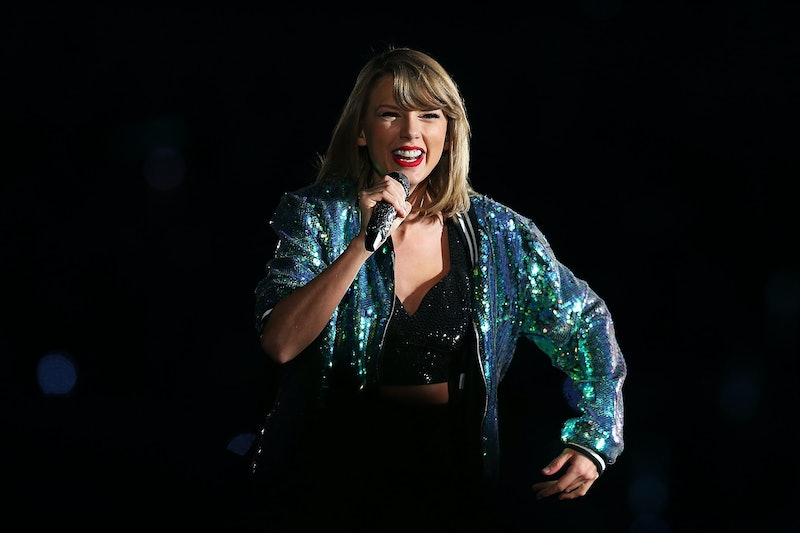 Ever since Taylor Swift's 1989 dropped at the end of 2014, it was clear that it would be a major contender for several big Grammys. Now, judgement day is here: 1989 had seven nominations on Monday night, and Taylor Swift ended up winning Album of the Year at the 2016 Grammys, and it's so well-deserved. 1989 was one of the biggest albums in 2014 and 2015, spawning ubiquitous hits like "Bad Blood," "Blank Space," "Style," "Wildest Dreams," and "Out of the Woods." This win also makes Swift the first woman to win Album of the Year twice.

Members of the legendary band Earth, Wind and Fire presented Swift with her trophy. Swift's speech expressed her gratitude for the award, but also acknowledged Kanye West's recent The Life of Pablo lyrics from his song "famous", in which the rapper takes credit for making bringing her fame. "I want to say to all the young women out there, there are going to be people along the way who will try to undercut your success or take credit for your accomplishments or your fame," Swift said in her speech. She continued, inspiring us all: "But, if you just focus on the work and you don't let those people sidetrack you, someday when you get where you're going you'll look around and you will know that it was you and the people who love you who put you there. And that will be the greatest feeling in the world." Way to stand your ground, Tay!