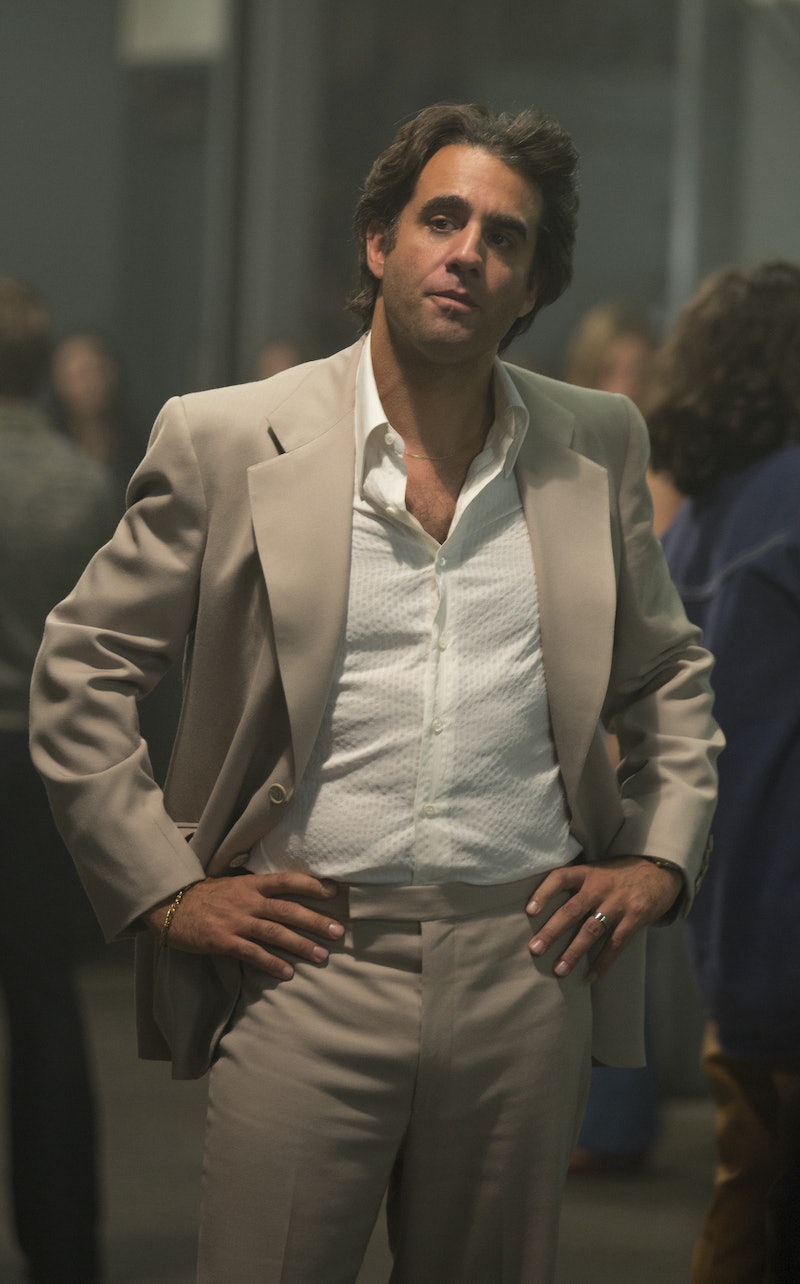 On HBO's Vinyl, viewers meet two separate sides of Richie Finestra (Bobby Cannavale), head of record label American Century. There's young and unjaded Richie shown in flashbacks and there's '70s Richie, who is into business and not into music anymore. So why is Richie so disenchanted with music on Vinyl and will punk rock be the genre that gives me back his passion? It could be. Monday night's pilot episode showed flashbacks of the young and naive manager Richie, who excitedly signs a blues artist and enjoys going to shows. But the Richie of now (a.k.a. the '70s) was not that same guy.

1970s Richie is jaded and a little sad. He stares out the window for long periods of time. He avoids going to rock shows. He doesn't do cocaine or drink anymore. Richie expects his executives and underlings to discover the new talent, even though he's the one with the ears that can predict that ABBA will make it big one day. Perhaps it's because now his main concerns at American Century are to keep the label afloat and make sure the deals stay in place. For a music industry mogul, the tunes and bands themselves seem to come second in his life now.

There are two moments where Richie is fully engaged in music and they both deal with new genres. While being driven home, Richie instructs his driver to pull by an apartment blasting what sounds like early hip-hop music. Later on, he finally sits down and listens to a demo by the punk rock band the Nasty Bits, which inspires him to mock-jam on a guitar and even drink some alcohol, which his wife Devon (Olivia Wilde) is not happy about. The pilot episode ends with Richie attending a show by the Nasty Bits and the building literally falls apart as they perform. Now, I'm well-aware that this was probably a metaphorical fantasy, portraying the fact that everything Richie has ever known about music is being torn down and replaced with a new era of awesomeness. Either way, Richie is left in awe and so is the audience. We just saw a new beginning for music — and a man. I can't wait to see where it goes next.