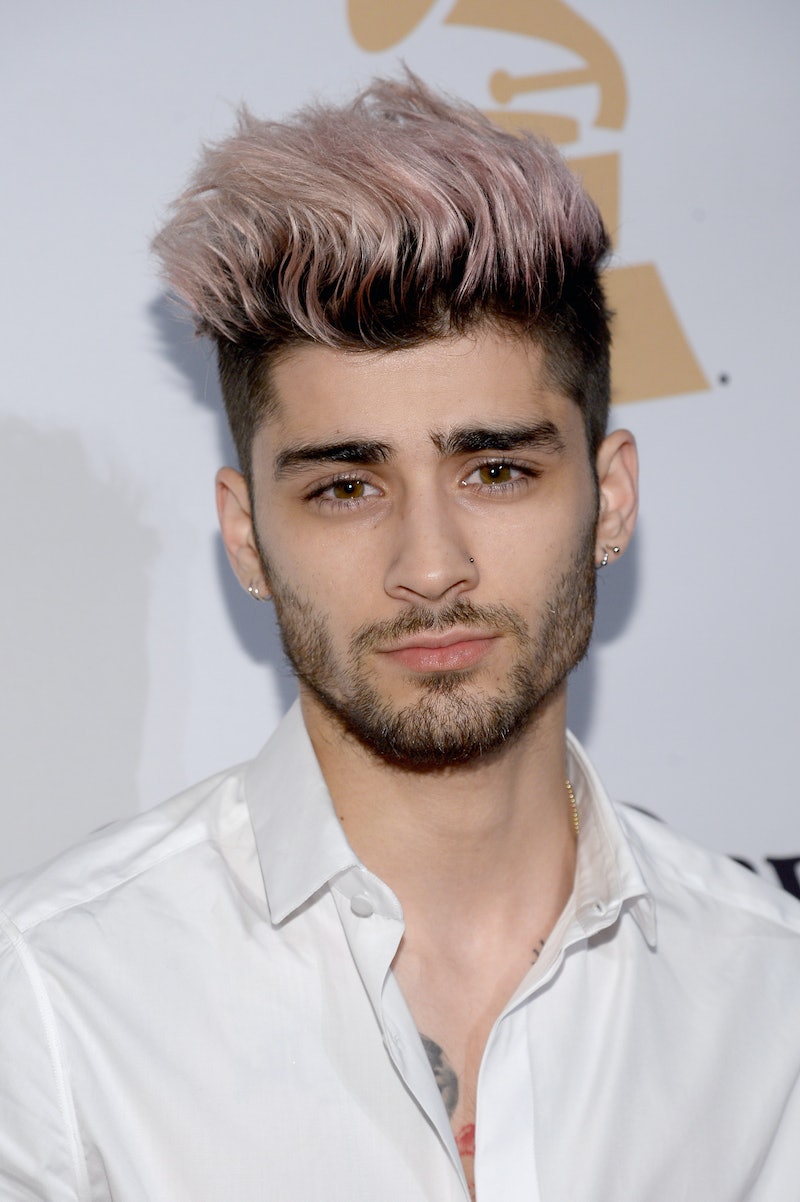 There are a few reasons it would make sense for Zayn Malik to attend the 2016 Grammys: He recently embarked on his solo career and has to make the rounds, he needs to show off his red carpet prowess sans One Direction, and it's basically a giant concert that famous people get to attend — why wouldn't he go? Well, on Monday night, Zayn Malik wasn't seen on the Grammys red carpet, and fans were left wondering where the heck he could be.

Going into the show, I had no doubt that Malik would attend, if only to get people talking about him and seeing him as a solo artist after being in one of the biggest boy bands, well, ever. Walking the carpet on music's biggest night would give a clear visual that he stands alone now. On top of that, the 23-year-old did attend a Grammys pre-party on Sunday night. The "Pillowtalk" performer went to Clive Davis & The Recording Academy's 2016 Pre-Grammy Gala, a party that was also attended by his former 1D bandmate Harry Styles. Why would you go to a Grammys pre-party if you weren't going to the actual Grammys? Because of the free food and drink and the mingling with famous people and the cool gift bags that were probably given out? Oh. OK. Yeah, that actually seems like a good idea.

Still, it was a bummer that Malik didn't walk the red carpet. There is still a possibility that he'll show up later and rush to his seat last minute, but it seems like he's a no show for this one.