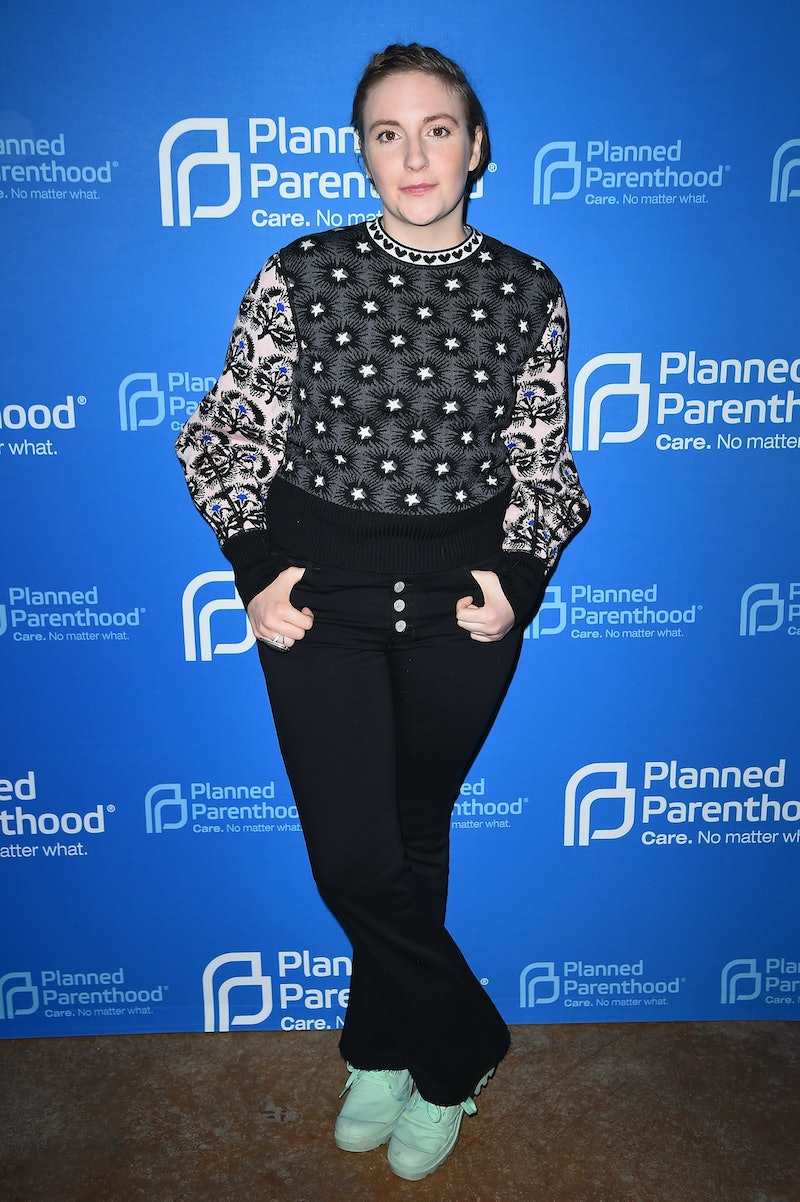 If there's one thing this Girls star excels in, it's not being dull on the red carpet. That's just one reason why I'm bummed that Lena Dunham didn't hit the 2016 Grammys red carpet with Taylor Swift's girl gang or on the arm of musician boyfriend Jack Antonoff like I hoped she would. She certainly wouldn't have disappointed fans of her quirkier than thou style sensibility. She of the funky silhouettes and Rachel Antonoff uterus sweaters isn't one to show up in some boring old sparkly mermaid gown. Dunham stays true to herself on and off the red carpet, and it makes her stand out among a sea of very typical outfits. She's not afraid to take risks, which is why the Grammys would have been better off had she shown up to support her friend.

So, where was Dunham tonight if not at the Grammys? Chances are, she's resting up. The writer/director/actor recently opened up on Instagram about her struggle with endometriosis and announced that she would be skipping the press tour to promote the upcoming season of Girls. She's probably taking it easy tonight instead of hitting the biggest music industry party of the year, and that's totally legit. That said, it doesn't mean we can't mourn the loss of yet another awesome Dunham red carpet ensemble.

She attended the show in 2013 wearing a lemon yellow dress with a high neckline and a cinched waist.

The drapey back of the little number was definitely my favorite part.

Later in the evening she accessorized with a men's style blazer and carried her silver heels out. Talk about relatable!