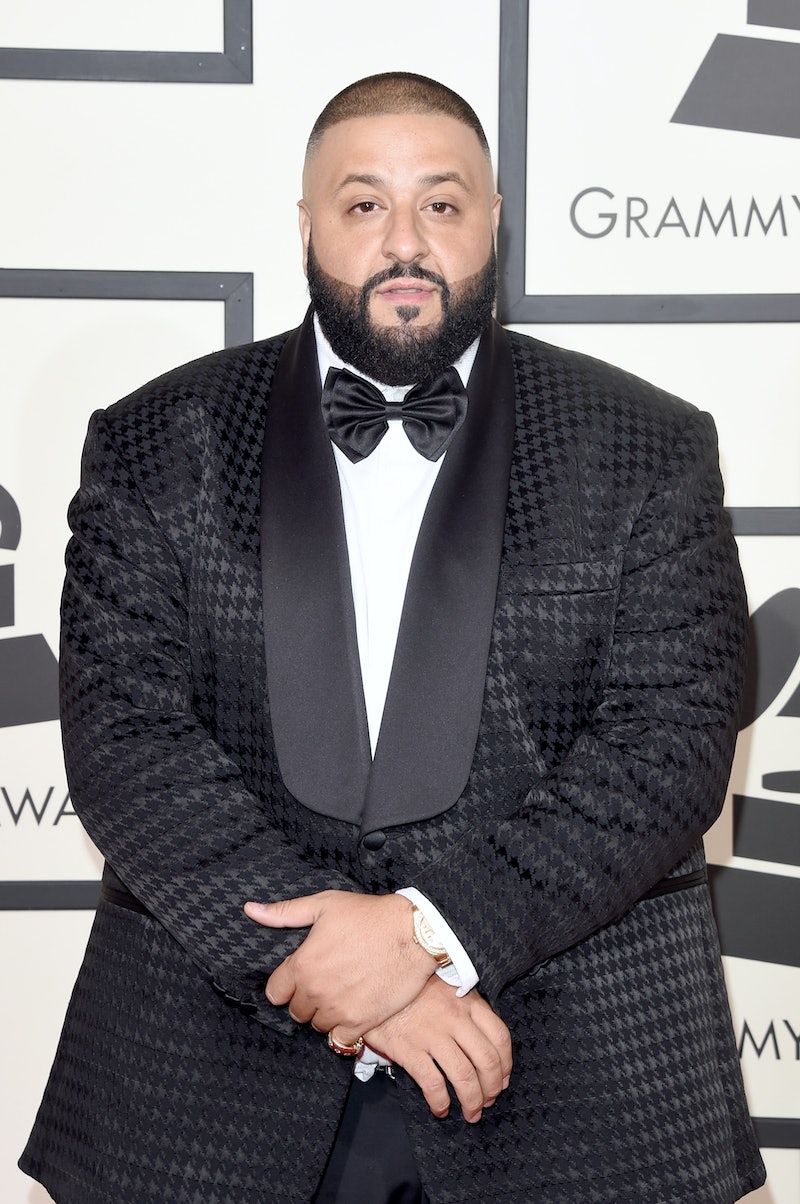 Before the 2016 Grammys even started, there was a very important announcement on the red carpet: DJ Khaled is writing a book. I know, I know. It's really not surprising at all if you think about it. This is a very natural next move for a person who spends their time constantly offering up the "keys" to life and success on their Snapchat page. So, when does DJ Khaled's book come out? And, more importantly, when will I know what's it's called?!

The "All I Do Is Win" rapper (a song the optimism of which seems more appropriate than ever now) revealed the book news to Ryan Seacrest during E!'s live red carpet coverage. Asked what the book is about, Khaled simply said, "Success." Um, duh. He continued, "The mountain that we gotta climb, the keys." As for the type of success he will cover in the book, he basically just wants everyone to achieve their goals — he pointed out that one of his achievements was this very interview with Seacrest. "Be owners. Be moguls. Be CEOs ... Hustlers, you know what I mean?"

As for when this book will come out, Khaled did not share a release date on the red carpet, and it is not yet listed on Amazon for pre-sale. My guess is that the holder of the "keys" only recently decided to write a book after the success of his Snapchats took off.

Here's hoping he calls it All I Do Is Win: The Keys To Success — The DJ Khaaaaa-ledddddd (Snap) Story. It's a lot of punctuation, but I think he can pull it off.

To hold you over until the book is released, check out this DJ Khaled coloring book, which does already exist, because the world is a beautiful place.