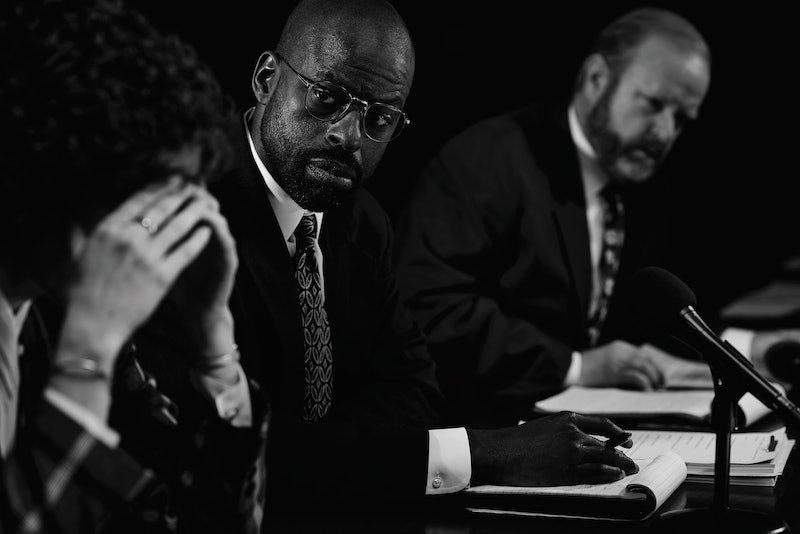 In FX's American Crime Story, both the defense and prosecution teams of the O.J. Simpson murder trial are collecting many attorneys for a case viewers already know the outcome of. After a lengthy trial, the real life Simpson was later acquitted of the murder charges. However, according to The New York Times, he was found liable in the resulting 1997 civil suit and ordered to pay "$25 million in punitive damages to the families." While Simpson had his "dream team" of defense lawyers during the murder trial, the City of Los Angeles had its own comprehensive legal team of Deputy District Attorneys Marcia Clark and Christopher Darden, who gained notoriety for asking Simpson to try the gloves on during the trial, according to Reuters. While watching American Crime Story, you might be wondering what is Christopher Darden up to now?

Well, for one thing, Darden will be portrayed by actor Sterling K. Brown in American Crime Story, which is telling the story of the Simpson murder trial from the sides of both the prosecution and the defense. But, how about the real life Darden? What's he been doing in the years since the trial ended? Well, occasionally thinking of the past, for one. In a January 2015 interview with Oprah Winfrey's OWN, he admitted that the murder trial left him "devastated" saying, "I don't think I'm so much as bitter. Now, I think I'm angry ... I mean, I couldn't be angry back then. I couldn't be pissed off, because I'm a prosecutor. But, now, I'm just Chris Darden. Now I can just be pissed off," he told Winfrey.

According to his LinkedIn profile, Darden still works in law, and his law firm is called Darden & Associates Inc., which specializes in "white collar, narcotics, marijuana, homicide and gang cases." (And, if you're wondering, there is no mention of Simpson on his resume.) In 2007, he was considered for a judgeship by then-California Governor Arnold Schwarzenegger, according to the Metropolitan News-Enterprise.

Darden's interest in law extends beyond the courtroom, though. The lawyer is also a writer and novelist. His 1996 book In Contempt recounts his experiences during the Simpson trial. He also wrote several crime thriller novels with Dick Lochte, including The Trials of Nikki Hill, LA Justice, and The Last Defense, showing he's a lot more than just his actions in one court case two decades ago.