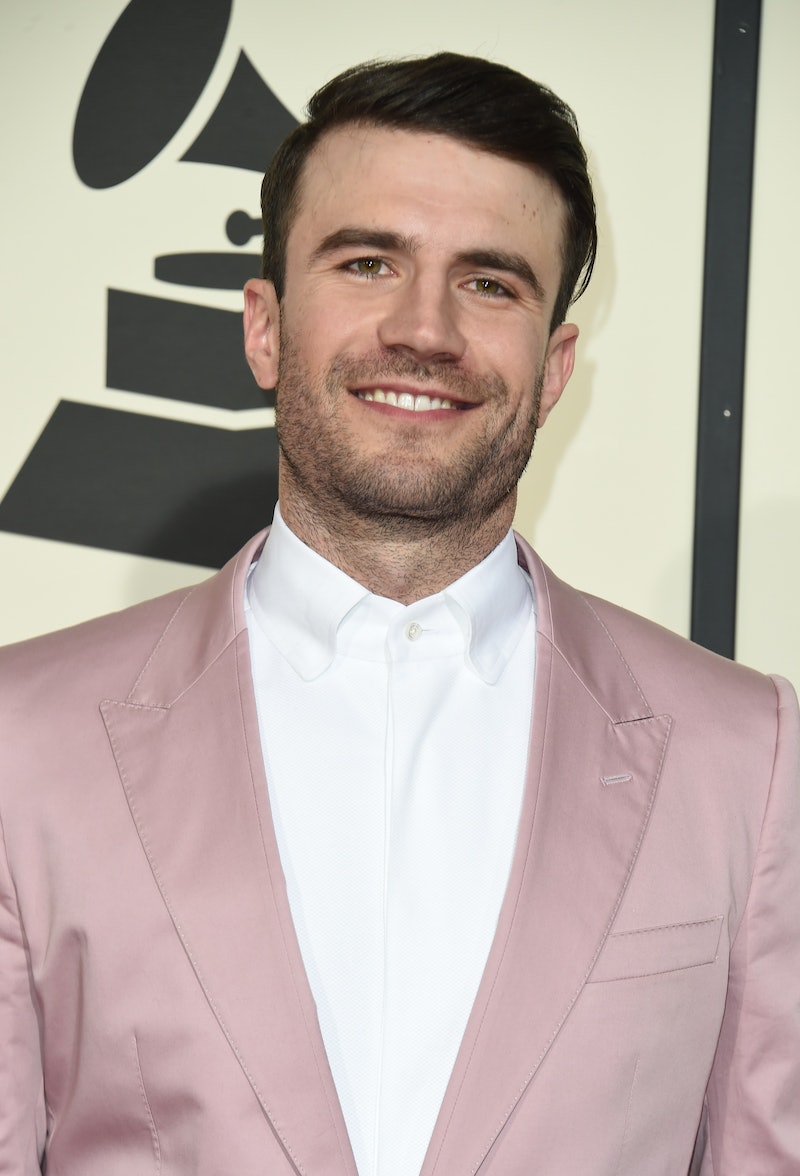 It takes a special kind of man to confidently rock a powdery pink Dolce & Gabbana suit down the red carpet of music's biggest night, and it flawlessly served as a wink and a nod hello to those of us who had never heard of Sam Hunt. Sure, it was his unique choice in fashion that made the audience take notice at first, but Hunt's duet with Carrie Underwood proved to be his true moment to shine. And of course, Underwood killed it as always, but it was Sam Hunt who everyone fell in love with during their performance.

A newcomer to the Grammys stage, Hunt was nominated for two awards: Best New Artist and Best Country Album for his debut album Montevallo. He didn't head home with an award in hand, but he managed to win the hearts of America with his smile and those biceps. Yeah, it sounds totally shallow, but pair those good looks with his killer voice and a new heartthrob is born.

Hunt and Underwood shared the stage to perform a medley of his song "Take Your Time" and her song "Heartbeat." And the 31-year-old managed to score himself a slew of new fans who took to social media to express their new found love for the country crooner. As always, Twitter doesn't disappoint.

We're All Thinking It

Autocorrect At Its Finest

Oh, To Be The Shirt Wrapped Around Those Biceps

With Cheese Or Without?

What A Good Sister!

Heart Eyes All Around

They Don't Sell That On Amazon

The Nerve Of Him

Even Rih Spots Him

She Gets It Now

I Guess He's Already Spoken For

But sadly, it seems one person missed the memo. Come on, Chad!

The verdict is definitely out: he's the real MVP of the 2016 Grammys. Pink suit and all!

More like this
Someone Must Pay For What Happens To Bad Bunny In 'Bullet Train'
By Arya Roshanian
Who Is Camila Cabello Dating? She's Getting Cozy With Lox Club CEO Austin Kevitch
By Radhika Menon
Taylor Swift & Her Mom Clap Back Against The “Shake It Off” Plagiarism Lawsuit
By Jake Viswanath
Beyoncé Is The First Woman To Have A No. 1 Album Since Adele Did Almost A Year Ago
By Radhika Menon
Get Even More From Bustle — Sign Up For The Newsletter