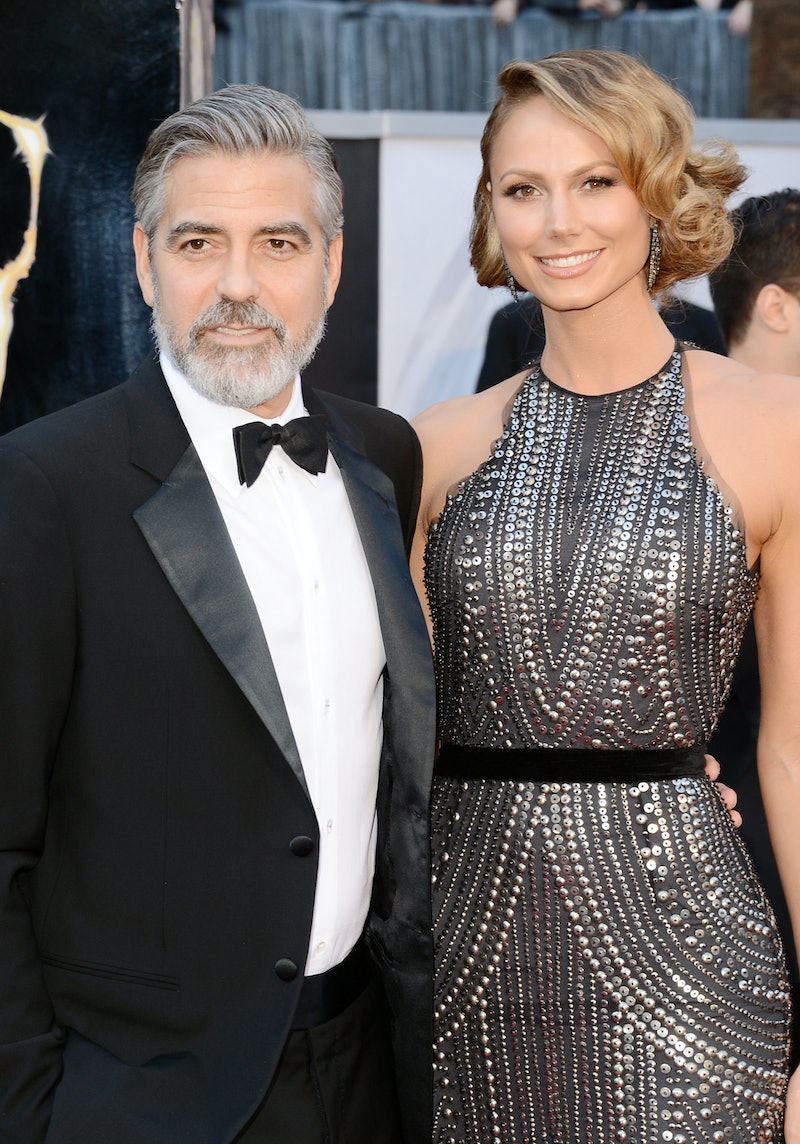 Another one bites the dust. Hollywood's perennial bachelor, George Clooney, has split with his girlfriend of two years, Stacy Keibler.

According to People, the couple parted ways due to Keibler's desire to have children. Says a source to the outlet, "Stacy called it quits. She wants to have children and a family someday. She knows where George stands on that ... They talked and they quietly stopped being a couple several weeks ago."

Clooney — who was previously married to Talia Balsam — has said he will never wed again, and has enjoyed a series of short-lived steady romances. Prior to romancing WWE Diva Keibler, Clooney dated Elisabetta Canalis, reality star Sarah Larson, and model Lisa Snowdon.

More like this
Khloé Kardashian Is Reportedly Dating A Private Equity Investor She Met Through Kim
By Jordyn Tilchen
Who Is Camila Cabello Dating? She's Getting Cozy With Lox Club CEO Austin Kevitch
By Radhika Menon
Nicola Walker’s IRL Husband Is No Stranger To TV Screens
By Darshita Goyal
Laura Tott From 'First Dates' Married Her Long-Term Mystery Boyfriend
By Darshita Goyal
Get Even More From Bustle — Sign Up For The Newsletter