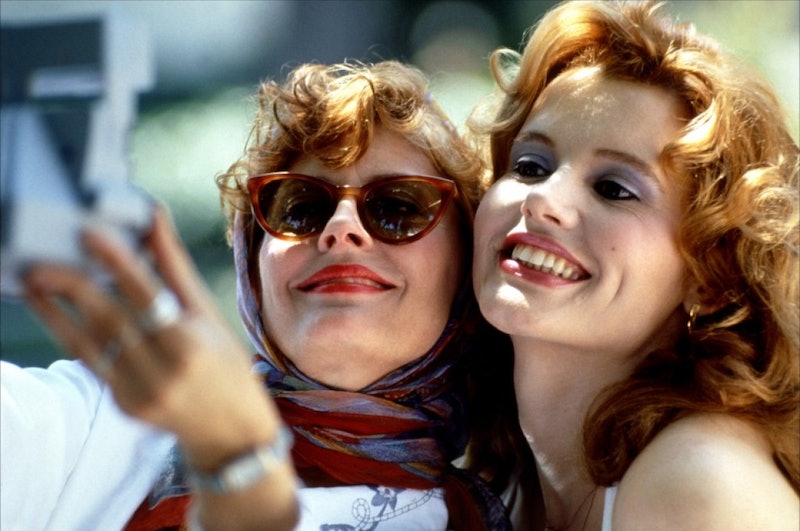 Thelma & Louise was, without a doubt, a game changer. It was one of the first — and certainly one of the biggest — movies about female friendship without limits, about powerful women who refused to play by the rules, for better or worse, and went out there and lived the lives they imagined for themselves rather than the ones they were told they should have by the world around them. Geena Davis and Susan Sarandon, as Thelma and Louise respectively, brought these women to life in ways that were beautiful, exciting, and full of life, and I don't think any of us could imagine them being played by any other actresses. That's why it was a shock to learn that Davis wanted Sarandon's role in Thelma & Louise when she first began researching the movie. Luckily, the casting directors got it right, and Davis eventually agreed with their decision.

During The Hollywood Reporter's Hollywood Masters interview series, Davis admitted that she campaigned hard for the role of Louise, having been convinced that it was perfect for her. However, after presenting her case to her acting coach, he asked her if she wouldn't consider playing Thelma, and she suddenly realized that she wasn't convinced as she once was as to which part was right for her. Clearly, everything turned out the way it was supposed to, and Davis' turn as Thelma is one of the best performances in movie history, I'd say.

"I’d been following this [project] for a year. [My agent Scott] said, 'Yes, sure, you could come in.' And I'd met with my acting coach. And we had decided that I should play Louise. And I wanted this so bad, and I’m just pitching my heart out, and I brought all my notes and everything about why I absolutely have to be Louise. And he finally says, 'So, in other words, you wouldn’t play Thelma?' And there was only a very slight pause, actually, before I said: ‘You know what's so weird is, I’ve been listening to myself as I’m talking and I’m not convinced anymore. Actually, I think I should play Thelma.'"

Obviously both Thelma and Louise have a lot of similarities, so it's easy to see why an actress would be torn between the roles. Both women were incredibly complex and many-faceted and would have been challenging but rewarding to delve into and portray on screen. Perhaps Davis could have played Louise just as well, and Sarandon could have played Thelma. After all, part of the magic seemed to be between the amazing chemistry between the stars, who worked so well together that the story they were portraying seemed all the more believable and exciting.

It may be more than 20 years since Thelma & Louise was released, but the movie is just as good today as it was upon its initial release. Sure, Hollywood is better at CGI and high-octane plots, but Davis and Sarandon didn't need any of that. The strength was in telling the story, and I doubt there'll ever be another story like it.