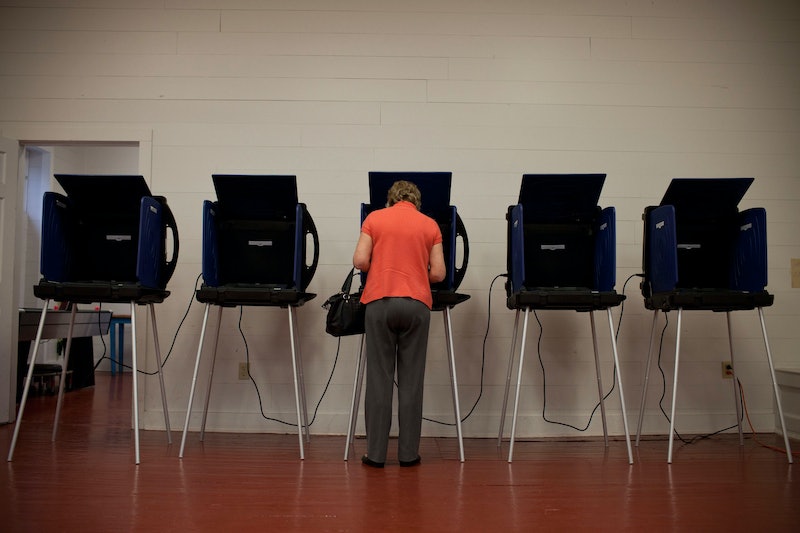 New Hampshire beat the previous all-time high turnout in a primary election from 2008 this year, and momentum from all candidates has grown since then. Republicans and Democrats alike have flown to South Carolina to continue campaigning for the first-in-the-South contest. That's because South Carolina is the next primary and one of the two next states, along with Nevada which has a caucus, to mold the views of the electorate before Super Tuesday. One thing, though, might limit the participation in this all-important primary contest: South Carolina's voter ID law.

Voting rights advocates in the state say that confusion around the state's voter ID law could keep would-be voters from heading to the polls. There aren't estimates of how many people this could affect as Republicans vote on Feb. 20 or when Democrats vote a week later on Feb. 27. What is clear, though, is that the law could suppress turnout if voters and poll workers are confused about what it means. The South Carolina voter ID law is not that strict — relatively to other states with voter ID laws — and voters who don't own an ID can still vote, as long as they sign an affidavit explaining why they don't have one.

According to state numbers provided to MSNBC, 178,000 South Carolinians — disproportionately not white — do not have an ID. Some of the allowed exceptions for having a photo ID are a disability, conflicting work schedule, lack of transportation, and a religious objection to being photographed. The problem is that not many South Carolina voters know this.

Jan Leonard, an official with the Charleston County Democratic Party, told MSNBC that people are confused because of a state education campaign about the law. "The official language is basically: Yeah, you need an ID," she told MSNBC. Handouts and polling place posters don't make it clear that you can vote even without an ID. The section on what IDs are allowed is large but the exception is in small print or on a separate page.

Voting advocates also argue that public comments by Republican Gov. Nikki Haley have also resulted in misinformation. In a speech at the National Press Club in Washington, D.C., in September, Haley claimed that requiring a photo ID is reasonable, but didn't mention that there are exceptions in South Carolina. "Let's figure out ways to make it easy and cost-free for every eligible voter to obtain a photo ID. That way, everyone who wants to vote can vote," she said. South Carolina voters can get a free voter registration ID with a picture.

How this will ultimately affect the primary is less clear than the general election. Poorer and minority voters — who may not have an ID — are thought to generally vote Democratic. For the race, though, say between Hillary Clinton and Bernie Sanders, who would benefit could be a lot more in flux. If Clinton's lead among black voters remains strong, she could be hurt come election day. In either case, Democrats will want to play close attention in preparation for the general in November.