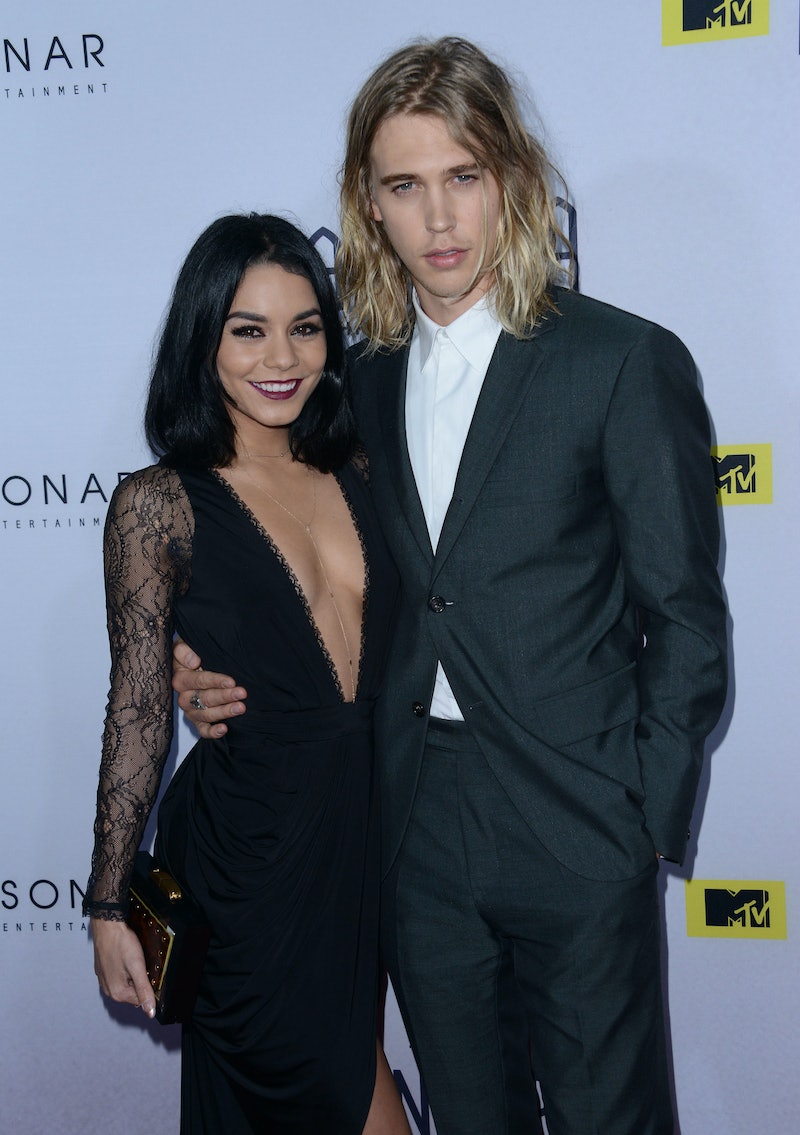 According to a TMZ report, Vanessa Hudgens and boyfriend Austin Butler are under investigation following an alleged Instagram post that Hudgens shared and then deleted while on a Valentine's Day trip to Arizona. The actor shared several snaps from her getaway with Butler over Valentine's weekend using the hashtag #sedonadreams. Allegedly, she included a post that showed "Austin + Vanessa" carved into a rock formation in the Coconino National Forest near Sedona, Arizona, before deleting it, which "triggered an investigation," TMZ reports. Bustle has reached out to Hudgens and Butler's reps for comment, but has not yet heard back.

We're told the Red Rock Ranger District of the Coconino National Forest has its sights set on a rock formation which Vanessa and Austin Butler used to carve their names and a heart. There's a federal law specifically prohibiting anyone from "damaging natural surfaces or property of the United States." The rock in question is on U.S. land.

According to Page Six, "multiple people" sent the alleged photo to the Red Rock Ranger District, and the public affairs officer said,

The issue of people carving their names and other things in rocks in the Sedona and surrounding area is always a challenge we face and try to educate people about. We have found that when one person carves something, it encourages others to carve.

He added, "Carving of any kind affects the natural beauty of the area and it is something that is prohibited under Title 36 of CFR 261.9 (a) ‘Damaging any natural feature or other property of the United States.'"