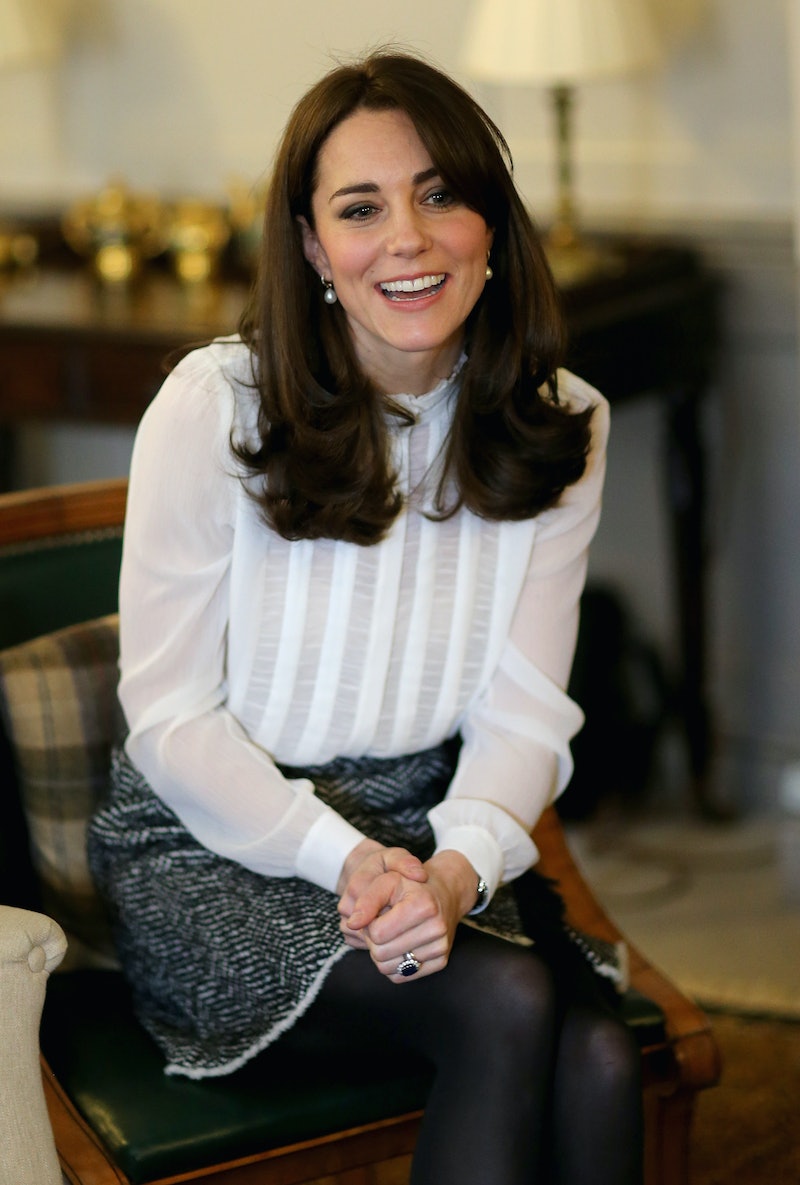 While it's true that she's spoken about these issues in the past, Kate Middleton continues to advocate for a cause close to her heart — children's mental health — this time, in a way guaranteed to reach a multitude of readers, maximizing the impact her ideas will garner, and it's so admirable. Middleton has partnered up with The Huffington Post U.K., and she has published her first blog post, joining the ranks of over 50,000 bloggers on HuffPo's many international editions. Middleton's first post, "Let's Make a Real Difference for an Entire Generation of Young Children," introduces a new venture called Young Minds Matter, in which, as she says, "issues and work around the mental health of young children will be explored."

Middleton has been vocal about her unwavering support of this important issue, last year recording a "video of support for Place2Be, a charity dedicated to providing emotional help for children in schools" in honor of the U.K.'s first Children's Mental Health Week. This year, Middleton recorded another video for Place2Be, and her work with HuffPo continues her mission to spread awareness for the cause of mental health issues in children that can go unnoticed. Her own young children have undoubtedly contributed to her passion for the well-being of all children, as she points out in her post:

The mental health of our children must be seen as every bit as important as their physical health. For too long we have been embarrassed to admit when our children need emotional or psychiatric help, worried that the stigma associated with these problems would be detrimental to their futures. Research published today by the Huffington Post indicates that around a third of parents still worry that they will look like a bad mother or father if their child has a mental health problem. Parenting is hard enough without letting prejudices stop us from asking for the help we need for ourselves and our children.

Seeking to shatter those stigmas in her efforts, Middleton adds:

Like most parents today, William and I would not hesitate to seek help for our children if they needed it. We hope to encourage George and Charlotte to speak about their feelings, and to give them the tools and sensitivity to be supportive peers to their friends as they get older. We know there is no shame in a young child struggling with their emotions or suffering from a mental illness.

She also acknowledges that asking for help isn't always as easy as it seems, and expresses the importance of the role that "schools and communities" have on making a difference in a child's life when they may be struggling. Middleton will guest-edit a series of posts to come, emphasizing the stories of real people who have experienced these things firsthand:

You will hear from a recently bereaved wife, confronting the reality that the depression that led to her husband's suicide was with him as a 10-year old boy. You will hear from people who have fought back from their own serious illness to lead a change in the way we speak to children about their feelings and challenges. You will meet some of the extraordinary researchers who are asking important questions about the mental health of young people, and are getting answers that will be of real benefit to all parents and teachers.

It's often times so hard for young children to have a voice of their own, and to know about safe outlets to express their emotions and fears, so it's sincerely admirable that Middleton is using such a widely read platform to give a voice to both children and their parents facing these obstacles. I look forward to reading the firsthand accounts on the blog, as well as the studies and words of wisdom from Middleton herself, and I'm sure her efforts can only serve as a positive light for the very many people struggling in silence.