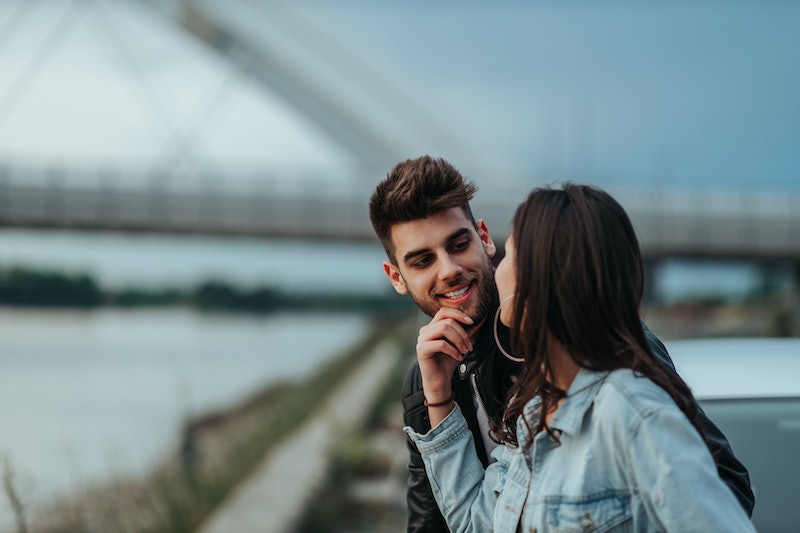 It's natural to depend on others for emotional support; even the most reclusive introverts emerge from the routine of Netflix-reading-cats every once in a while. But what happens when your reliance on friends and family veers into harmful territory — for yourself or for others? This is one of the signs of dependent personality disorder, a psychological disorder characterized by a chronic reliance on other people to fulfill emotional or even physical needs.

Part of what makes personality disorders so difficult to diagnose, and by extension so controversial, is the often-blurred line where simple expressions of personality become a disorder — which is why "harmful territory" is the operative phrase here. Typical "clingy" behavior — fantasizing about getting married early on in a relationship, texting constantly, and so on — is one thing, but it's another matter entirely to leave all your decisions, both large and small, up to the whims of other people. Like most personality disorders, a dependent personality becomes dependent personality disorder (DPD) when it consistently impairs functioning over time, independent of factors like medical conditions or substance abuse. Specifically, DPD is characterized by a pervasive need to be taken care of by other people, as well as a crippling fear of being alone.

Let's take a look at a few ways DPD can manifest below — although again, the following list isn't the basis for a diagnosis. But if your fear of being abandoned and inability to make independent decisions impairs your everyday life, you might want to look into seeing a psychologist.

1. You Have Incredibly Low Self-Esteem

People with DPD often have extremely low self-esteem and depend on the approval of others for validation. The opposite is true as well: Psych Central writes that they take criticism as "proof of their worthlessness," which may contribute to their determination to hold on to relationships.

2. Everyone Calls You "Clingy" or "Passive"

As the result of their deep-rooted fear of being left to care for themselves, people with DPD often exhibit clingy behaviors. Similarly, their inability to make decisions independently results in a passive nature, especially if they find someone who is willing to make decisions for them.

3. You Can't Make Decisions On Your Own

People with DPD rely on others for everything from major life decisions — where to live, what career to pursue, and so on — to the minutiae of everyday life. Sending screenshots of texts to your BFF for input before responding is pretty normal, if a little codependent, but if you can't decide what to wear anytime you leave your house without texting someone first, it's not a good sign.

4. You Hate Being Alone

Much of DPD stems from a paralyzing fear of loneliness; people with the disorder are irrationally terrified of being left to care for themselves. As a result, they're uncomfortable being alone even temporarily, and they're often preoccupied with the thought of being left by themselves.

When a close relationship ends, someone with DPD generally rushes to fill the void left in its absence. This goes beyond serial monogamy — someone with DPD is so scared of being alone that they can't function without another source of support.

6. You Can't Take The Initiative

People with DPD often can't take the initiative on projects or make decisions without someone else's input, a paralysis that stems from their lack of self-confidence.

7. You'll Agree To Anything If It Means Someone Won't Leave

As Psychology Today writes, people with DPD "may go to extreme lengths to obtain nurturance and support from others, even to the point of volunteering for unpleasant tasks if such behavior will bring the care that they need." Needless to say, this can get someone into sticky situations — and that's one of the reasons why it's so important for people with DPD to get the help they need.