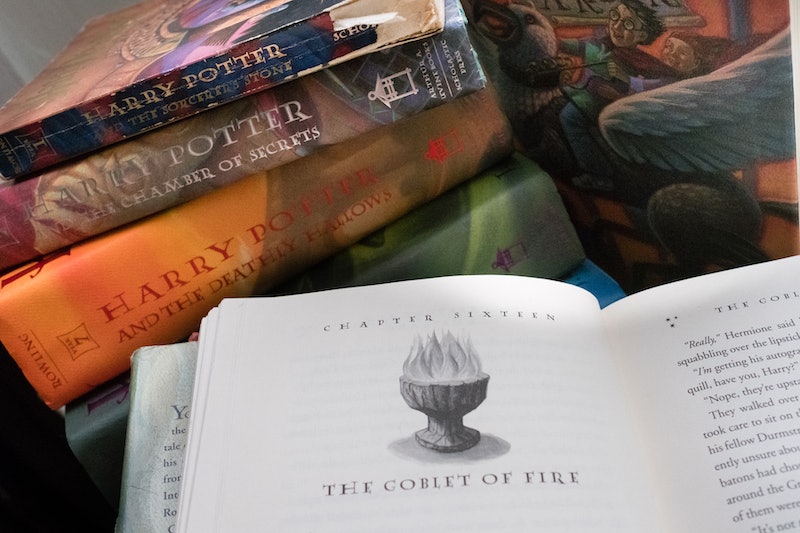 What is a great coming-of-age novel if not a story all about fulfilling one’s destiny — describing the choices made, the struggles faced, and the meandering walks along the road less taken? As perhaps the most beloved coming-of-age story of all time, (or, at least, of recent time) the Harry Potter series offers its fair share of book quotes about destiny. Harry Potter was “The Boy Who Lived” after all — what could be more predestined than that? Plus, from Harry’s first conversation with the Sorting Hat, to the great team of BFFs he found himself surrounded by, to the number of near-death scrapes he managed to get himself out of, it’s hard to argue with the fact that something in the universe wasn’t looking out for the kid.

But whether or not you totally buy into the idea that the universe has our journeys all figured out for us, or you find yourself more in agreement with the school of thought that says our unique experiences and choices shape us, fate be damned — or if you find yourself somewhere in the middle — these Harry Potter quotes about destiny will definitely get you thinking.

Here are 14 Harry Potter quotes that will make you think about your own destiny. So read them, and then get out there and live it!

1. “I don't go looking for trouble. Trouble usually finds me.”

2. “The consequences of our actions are always so complicated, so diverse, that predicting the future is a very difficult business indeed.”

3. “We can’t choose our fate, but we can choose others. Be careful in knowing that.”

4. “I remember every wand I’ve ever sold, Mr. Potter. Every single wand. It so happens that the phoenix whose tail feather is in your wand, gave another feather — just one other. It is very curious indeed that you should be destined for this wand when it’s brother — why, it’s brother gave you that scar.”

5. “Right,” said Ron. “You've got a sort of wonky cross… That means you're going to have 'trials and suffering', sorry about that, but there's a thing that could be the sun … hang on … that means 'great happiness' … so you're going to suffer but be very happy about it.”“You need your inner eye tested,” said Harry.

— J.K. Rowling, Harry Potter and the Prisoner of Azkaban

— Ron Weasley, Harry Potter and the Order of the Phoenix

7. “Remember, if the time should come when you have to make a choice between what is right and what is easy, remember what happened to a boy who was good, and kind, and brave, because he strayed across the path of Lord Voldemort. Remember Cedric Diggory.”

8. “He lost his head completely during tea-leaf reading, saying it looked to him as though Professor Marchbanks would shortly be meeting a round, dark, soggy stranger, and rounded off the whole fiasco by mixing up the life and head lines on her palm and informing her that she ought to have died the previous Tuesday.”

9. “I will only truly have left this school when none here are loyal to me … Help will always be given at Hogwarts to those who ask for it.”

— Tom Riddle, Harry Potter and the Chamber of Secrets

11. “Exactly,” said Dumbledore, beaming once more. “Which makes you very different from Tom Riddle. It is our choices, Harry, that show what we truly are, far more than our abilities.”

— Rubeus Hagrid, Harry Potter and the Prisoner of Azkaban

13. But he understood at last what Dumbledore had been trying to tell him. It was, he thought, the difference between being dragged into the arena to face a battle to the death and walking into the arena with your head held high. Some people, perhaps, would say that there was little to choose between the two ways, but Dumbledore knew — and so do I, thought Harry, with a rush of fierce pride, and so did my parents — that there was all the difference in the world.

— J.K. Rowling, Harry Potter and the Half Blood Prince

14. “There is a room in the Department of Mysteries that is kept locked at all times. It contains a force that is at once more wonderful and more terrible than death, than human intelligence, than the forces of nature. It is also, perhaps, the most mysterious of many subjects for study that reside there. It is the power held within that room that you possess in such quantities and which Voldemort has not at all. That power took you to save Sirius tonight. That power also saved you from possession by Voldemort, because he could not bear to reside in a body so full of the force he detests. In the end, it mattered not that you could not close your mind. It was your heart that saved you.”

More like this
10 Must-Read New Books Out This Week
By K.W. Colyard
16 Novels That Paint A Realistic Portrait Of Abortion
By K.W. Colyard
At 14, Jenny Han Wrote Rom-Coms About Her Friends & Fan Mail To Leo DiCaprio
By Alyssa Lapid
Side Character Energy Has Arrived — Here’s What That Means
By Sophie McEvoy
Get Even More From Bustle — Sign Up For The Newsletter