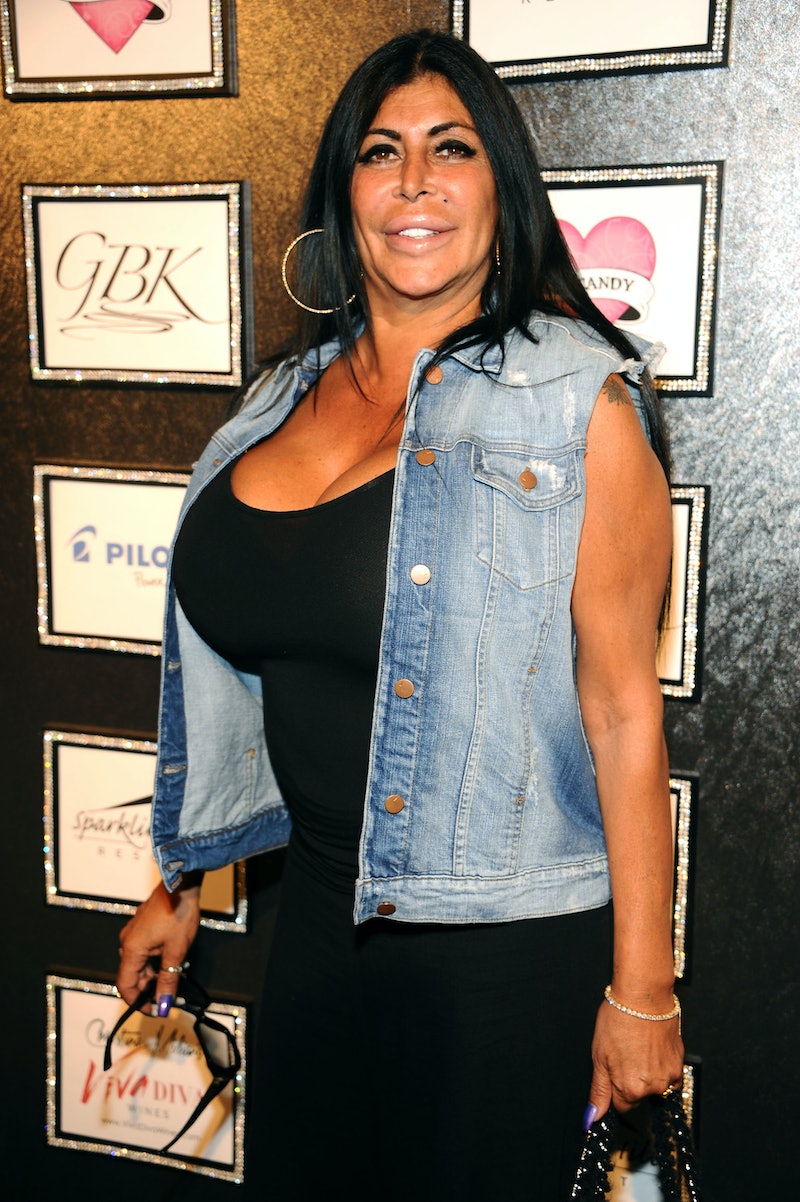 On Thursday morning it was confirmed by Angela Raiola's rep, Vinnie Medugno, that the Mob Wives star, better known as Big Ang, died after battling cancer at the age of 55. Ever since learning of her death, her family, friends, and fans have mourned her on social media. Clearly, she made a great impact on their lives and will forever remain a part of them. For example, the Mob Wives cast has honored Big Ang with some sweet photos and posts showing that despite whatever drama may have occurred on their VH1 reality show, they'll never forget her.

It's been known for awhile now that Big Ang was battling cancer. More specifically, she was suffering from lung and brain cancer. In April 2015, it was also revealed that the former reality star was hospitalized for a throat tumor. Her rep released the following statement about her death:

It is with sad regret that we inform you that at 3:01AM Angela Raiola peacefully ended her battle with cancer, and was called home. She was surrounded by nothing but love from her immediate family, and closest friends. YOU, (Her fans) were some of the most special people in her world, and she loved you immensely. Thank you for your love, prayers, and unconditional support of Angela right to the very end. She truly went out richer than any monetary value could ever amount to. The family asks for privacy, and peace during this most difficult time. In typical Big Ang fashion, we know she would say "Love you my babies!" This page will remain open as a celebration of who she was and will always be. It has been my esteemed privilege, and honor to represent her in the highest regard via social media.

With that, here's how Big Ang is being honored across social media. First, her Mob Wives co-stars:

And now for all of the other love being thrown Big Ang's way:

I think it's safe to say that Big Ang will never be forgotten and definitely sorely missed.