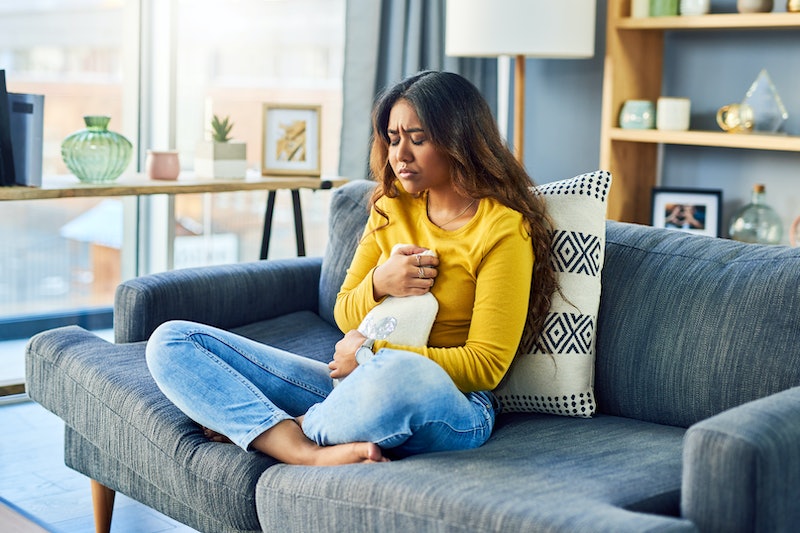 If you’ve ever found yourself stuck in bed during your period, clutching your abdomen as your insides seem to want to claw their way outside of your body, you know that menstrual cramps are a serious business. Menstrual pain can be excruciating and debilitating — one doctor has even compared period pain to a heart attack — and yet our culture tends to downplay its severity and significance. A recent article by Olivia Goldhill at Quartz reveals that the mechanisms that cause period pain are poorly understood, and, for reasons that are both mysterious and maddening, the medical community doesn’t seem particularly interested in figuring it out.

According to American Academy of Family Physicians, about 20 percent of women experience dysmenorrhea (the fancy term for “painful menstruation”) severe enough to interfere with their daily lives. In addition, 10 percent of women suffer from endometriosis, a condition that occurs when tissue similar to that which lines the inside of the uterus grows on other parts of the body, especially inside the pelvic cavity. One of the disorder's major symptoms is intense pelvic pain. If endometriosis goes untreated, it can cause problems with fertility.

There’s a tendency in our society to see the pain caused by menstrual cramps as somehow less legitimate than other types of pain (just as there’s a tendency to suggest that women’s emotions during their periods don’t really count — because it’s all just the hormones talking, right?). But period pain is real, and it is potentially brutal: John Guillebaud, a professor of reproductive health at University College London, told Quartz that patients have described period pain as “almost as bad as having a heart attack.”

Despite the fact that so many women suffer from horrible pain every month, many have difficulty getting help, either because treatment options for menstrual pain are limited or because their doctors don’t take them seriously. In Quartz, Goldhill recounts her own struggle with multiple doctors to have her severe pain diagnosed and treated. Guillebaud believes that this dismissive attitude toward menstrual cramps exists in both male and female physicians. “I think it happens with both genders of doctor,” he said. “On the one hand, men don’t suffer the pain and underestimate how much it is or can be in some women. But I think some women doctors can be a bit unsympathetic because either they don’t get it themselves or if they do get it they think, ‘Well I can live with it, so can my patient.’”

Women dealing with dysmenorrhea or endometriosis have only a few treatment options available to them (consisting primarily of pain medication, birth control pills, and, in the case of endometriosis, surgery). Goldhill suggests that the limited scope of these options may be due to a more general lack of interest in the medical field in researching menstrual pain. Richard Legro, M.D., of Penn State College of Medicine, for example, explained to Quartz that, despite conducting promising preliminary research showing that a drug called “sildenafil” (commonly known as Viagra) may help to alleviate period pain, he’s been unable to get grants to pursue further studies. “I think the bottom line is that nobody thinks menstrual cramps is an important public health issue,” he said.

Legro suggests that this attitude may be a product of our country’s general squeamishness around menstruation and female reproductive health. “We live in a country that doesn’t really want to face those disorders because they make us think of sex and abortion and embryos and all those ‘bad’ things,” he said. The solution, he argues, is to refuse to keep silent about menstrual pain: “We need to talk about it on Oprah and national TV. This is nothing to be ashamed of, it’s a common disorder, and it shouldn’t be ignored.”

More like this
How Ovulation Affects Your Sense Of Smell, Libido, & More
By JR Thorpe and Lexi Inks
The Case For Following A Menstrual Cycle Workout Plan
By Emma McGowan and Carolyn Steber
An Expert Weighs In On The Viral Raw Carrot Salad Trend
By Alexis Morillo
25 Inspiring Quotes From Black Women To Celebrate Black History Month
By Kyli Rodriguez-Cayro and JR Thorpe
Get Even More From Bustle — Sign Up For The Newsletter
From hair trends to relationship advice, our daily newsletter has everything you need to sound like a person who’s on TikTok, even if you aren’t.