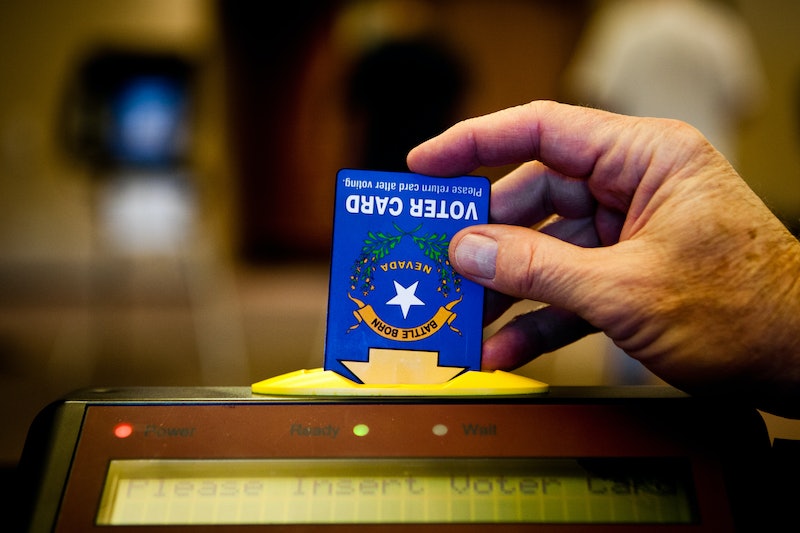 Despite 2016 being a heavily scrutinized election year, the Democratic presidential primary race in Nevada has largely remained a relative mystery, with only six public polls conducted in the state in 2015. The state's transient population and reputation for low turnout during primary caucuses consistently make it hard to poll. However, three new Nevada polls released earlier this week are aiming to shine some light on how voters there feel about the Democratic presidential candidates. With two days to go before the state's Democratic caucuses, it appears that Hillary Clinton has lost the significant lead she once held over Sen. Bernie Sanders.

Earlier in the election, Clinton's campaign marked Nevada "Clinton Country" after poll upon poll showed her consistently holding a double-digit lead over Sanders. But new polls from Gravis, CNN/ORC, and TargetPoint show that Sanders has managed to build significant support in the state following his win in New Hampshire and "virtual tie" in Iowa.

A new CNN/ORC International poll of 1,006 Nevadans shows Clinton with an even smaller lead over Sanders. According to that poll, which was conducted between Feb. 10 and Feb. 15, 48 percent of respondents would caucus for Clinton, compared to 47 percent for Sanders. The poll also shows that Nevada is unlikely to bring an upset to the demographic strongholds established by the candidates in earlier primary electoral events, as women in the state were reported to favor Clinton, while Sanders held an edge with voters under the age of 55. In early October, a CNN/ORC poll reported that Clinton held a 16-point lead over Sanders, whom only 34 percent of respondents said they'd support.

A poll conducted earlier this month by TargetPoint and paid for by the conservative Washington Free Beacon reports Clinton and Sanders to be in an even tie among the 1,236 registered Nevada voters surveyed. However, some political analysts have questioned if the survey's use of "anti-Hillary" questions could have affected respondents.

In the wake of such polls (and her loss in New Hampshire), Clinton's campaign has appeared to backtrack on previous claims that the state would be an easy win, while Sanders exudes new optimism. Sanders, whose success in Nevada will likely hinge on the participation of first-time caucus-goers like it did in Iowa, told news analyst Jon Ralston on Nevada PBS' Ralston Live that he thought his campaign had "a real shot" if Nevada's Democratic caucuses saw "decent turnout." However, the difficulties pollsters have in surveying eligible voters in Nevada and the fickle nature of caucuses make it difficult to know how accurate even these recent polls can be in predicting the state's Democratic primary race.