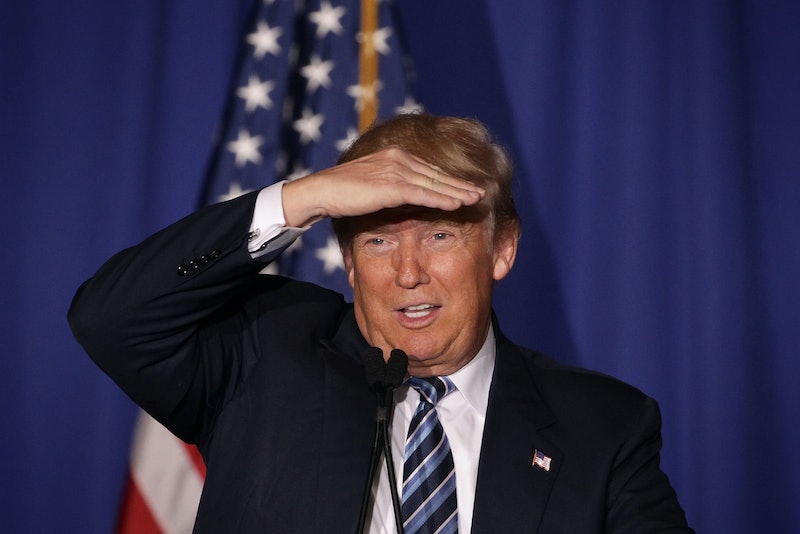 The "first in the South" primary is just around the corner. On Saturday, Republicans in South Carolina will head to the polls, and we’ll be one vote closer to knowing who the eventual Republican nominee will be. As of now, the GOP polling in South Carolina is good for Donald Trump and bad for just about everyone else, so the results on Saturday could well solidify Trump's lock on the Republican nomination. Let’s dive in.

The biggest question here is who will come in first place, and on that, the polls are clear. Trump has had a commanding lead in the state for over six months, and since July, he’s led the entire rest of the field in every single poll but one. There had been speculation that he might lose ground in the state after harshly condemning George W. Bush at the last presidential debate, because Bush is still quite popular in South Carolina. But that didn’t happen: The latest Palmetto State poll has Trump ahead of everyone else by 13 points. In all likelihood, Trump will win South Carolina. Much more uncertain is who will come in second place, and that matters a lot more than you might think.

To take a step back for a moment, the only reason Trump is still leading the GOP field is that there are so many other candidates in the race. This is evidenced by a recent NBC News/Wall Street Journal poll, which showed that Trump would lose to either Rubio or Cruz in a one-on-one match-up. The problem, of course, is that this isn’t a one-on-one match-up. There are six candidates in the race, and because they all still believe that they have a shot at the nomination, none are dropping out. As such, Trump continues to split the opposition and come out on top.

Plenty of Republican elites and power brokers still don’t want Trump as the GOP nominee, but no clear alternative has emerged to consolidate the anti-Trump vote. If the South Carolina polls are any indicator, this may be the case for some time. For the last two months, Ted Cruz and Marco Rubio have been jockeying for second place in the South Carolina. In the polling average from Real Clear Politics, Cruz stands at 17.6 percent and Rubio at 16.9, a statistically insignificant difference that makes it difficult to predict with any certainty which of them has a better shot at coming in second. The likely situation is that Rubio and Cruz will come within a few percentage points of another, regardless of which one finishes second.

If that happens, neither of them will drop out, because each will be able to plausibly argue that they still have a chance to win. And the longer both Cruz and Rubio stay in the race, the longer Trump can go on winning states and — more importantly — delegates. The more delegates Trump gets, the greater the chance that he’ll be the nominee. The GOP may be barreling toward a situation in which by the time the Republican field narrows enough for Trump to be defeated one-on-one, he’ll already have enough delegates that it won’t matter.