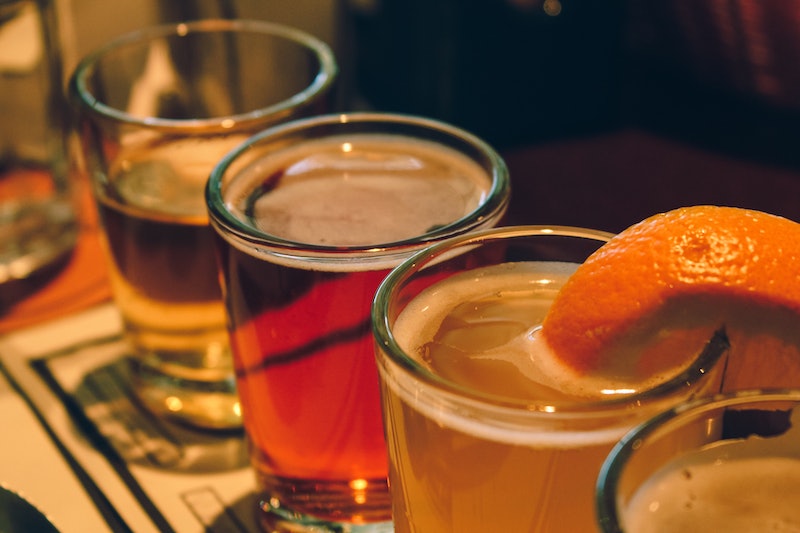 It's well established that binge drinking is bad, but light to moderate drinking can be good for the heart. A new study by the The Norwegian University of Science and Technology (NTNU) has found that drinking in moderation is better for you than not drinking at all. The study found that, "People who drink wine, liquor or beer regularly are less prone to heart failure and heart attacks than those who rarely or never drink. Three to five drinks a week can be good for your heart." Excuse me while I go pop open a bottle of wine, because I quit drinking in order to be healthier (temporarily, of course!) and now I need to step up my game to avoid all those heart attacks I might be having down the line from not drinking.

Of course, excessive drinking is still bad for you. Just like anything in excess is. So don't take this new research as a reason to go and get off your face this weekend. The key to the study is in the word "moderation", so try to spread out those three to five drinks so you're not having them all at once. I mean, I don't know about you but five drinks in one sitting is going to make me extremely loopy. Look at it this way: that's five glasses of wine to match your five nights a week of getting home from work stressed and tired. So now you no longer have to feel guilty about that glass of red you have to unwind at the end of the day.

Here are some more findings from the study, explained:

1. Drinking A Little Alcohol Every Day Is Healthy

Imre Janszky, professor of social medicine at NTNU, says that moderate consumption of alcohol is better for your heart than it is harmful.

2. It Doesn't Matter What Kind Of Alcohol You're Drinking

Janszky says, "It's primarily the alcohol that leads to more good cholesterol, among other things. But alcohol can also cause higher blood pressure. So it's best to drink moderate amounts relatively often." So it doesn't matter if you're drinking wine, beer, or liquor.

3. Your Cardiovascular Health Is Actually Better If You Drink In Moderation

In case this wasn't clear yet, drinking lightly is better for your cardiovascular health than not drinking at all. The studies conducted by NYNU found that the people drinking 3-5 drinks per week were 33 percent less likely to suffer heart failure than those who don't drink, or drink infrequently. The risk of heart attack was reduced by 28 percent with each one drink increment.

4. That Moderation Is Essential To This Study Holding Up

The study looked at 60,665 participants who signed up between 1995-1997 who, at the time, had not suffered any heart failure. When the study ended in 2008, 1,588 of them had had some kind of heart failure. From this, the study was able to decide that in this cohort, non-drinkers and those with drinking problems were the ones suffering. So in order to reap the benefits of alcohol, too little or too much isn't going to work. It needs to be just right.

5. But Drinking Isn't Necessary For A Healthy Heart

Before you go out and start downing wines you wouldn't normally have, remember that alcohol isn't the only thing you need to promote heart health, and you can have a healthy heart without it. Janszky says, "I'm not encouraging people to drink alcohol all the time. We've only been studying the heart, and it's important to emphasize that a little alcohol every day can be healthy for the heart. But that doesn't mean it's necessary to drink alcohol every day to have a healthy heart."