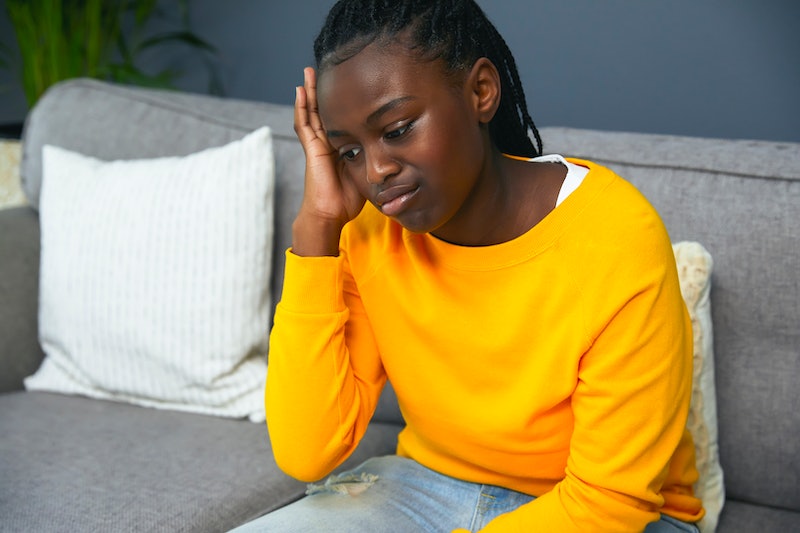 It's a relatively safe bet that you probably haven't called anybody a "cripple" or a "cretin" lately. Both are terms for people with disabilities and disorders that have long histories and are now viewed as highly politically incorrect (and if you still use them, for Christ's sake stop it, lest you sound like somebody's horribly offensive grandmother). But there are other terms that remain in more general usage with a high potential to hurt or offend, and they need to be rooted out of your vocab too. There have to be other ways to describe stuff that don't use derogatory terms.

There are generally two reasons for eliminating mental illness terms from your common everyday vocabulary. One is that they're plain offensive; the other is that using them in an inaccurate way spreads misinformation and creates misconceptions about a condition's seriousness. Some people with mental illnesses disagree with this; there's an argument, for instance, that people calling themselves "OCD" for wanting to line up their shoes contribute to a greater awareness of the condition, even if they're using the term incorrectly. But I'd take the position that trivializing stuff is a bad linguistic habit and needs to be scrubbed out. Why use words that are problematic when there are others that aren't?

So here are nine terms to catch next time they're rising to your lips. Search for something less offensive and you'll contribute to making a lot of people feel a lot happier about their place in the world.

A derogatory term for "spastic," I really shouldn't have to spell this one out for you, but: offensive term alert. Calling anybody spastic or a spaz as an insult is insulting to people who are actually spastic (like many people with cerebral palsy). It's demeaning and hurtful, no exceptions.

Surely we all learned this lesson from the Black Eyed Peas, who for some reason were allowed to release "Let's Get Retarded" and then had to go change it to "Let's Get It Started" when people, quite rightly, complained that using "retarded" was deeply offensive. Hopefully someone's told you this already, but this phrase is offensive to people who actually have mental retardation, and you should cut it out of your phrasebook.

3. "I'm Completely OCD About That"

This is one of those cases where misuse is a good reason for elimination, even if it's not necessarily meant in a negative way. Obsessive-compulsive disorder has a lot more to it than being a bit finicky about cleanliness, and using it without discrimination makes the real diagnosis seem less serious and less intense than it actually is.

One of the main problems with the term "schizo" is that it doesn't actually have a real relation to what it claims, offensively, to be describing. "Schizo" and "schizophrenic" are often used to describe something alternating rapidly between opposing states, but that's not actually what schizophrenia is. It's a complex disorder that involves serious hallucinations and delusions, and is not the same as multiple personality disorder or bipolar disorder. Don't contribute to offensive misinformation, guys.

If the person is exhibiting serious signs of psychosis, like paranoia, strange beliefs, divorces from reality or delusions of grandeur, then this one fits. If you mean "psychopathic," as in "fitting the definition of a psychopath" (which is a wide category in and of itself), you've got the wrong word, for one thing. For another, both conditions are serious, scary, and not equivalent to "morally bad" or "emotional" — so don't use them lightly.

Misinformation-as-belittling strikes again. "Bipolar" is not an effective synonym for "switching between high and low in a normal sort of way". To be accurate, you have to understand it involves uncontrollable vacillations between manic and depressive episodes, with the potential for psychosis. Your ricocheting emotions are important, but they likely don't fit this model. This a real condition that real people have to deal with.

This is a tricky one, because it can be incredibly easy to want to describe something that's abnormal or bizarre (Donald Trump winning an election of any kind, for instance) and reach for terms for the mentally ill. But it's problematic, and needs to be done with caution, particularly when talking about a specific person.

"Lunatic," interestingly, has its own weird history: it had a brief period where it referred to a kind of 1870s hairstyle worn over the eyes. But it's also fraught with a lot of problems as a phrase, particularly because it was used in English as a kind of catch-all term for the mentally ill for centuries. It's not a particularly sensitive term, shall we put it that way? And the diminutive, sneering "loony" should be banished altogether, for its condemning tone.

9. "I'm So Depressed About That TV Show Ending"

This one may be controversial, but as a sufferer of depression, I feel it's really important that people understand that it's not actually a good description for "sadness". Being sad is not really the defining experience of clinical depression; it's characterized by a wide range of symptoms, from anhedonia to suicidal thoughts to lack of concentration. Keep it for the really serious stuff, so that if depression does happen to you or somebody you know, you've preserved the proper vocabulary to talk about it and what it means.