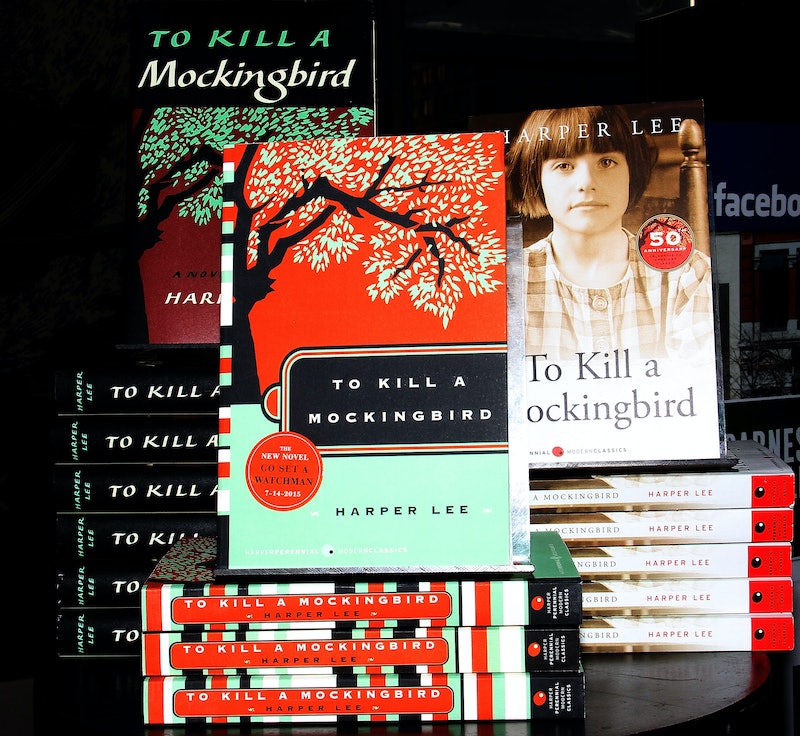 On Friday, it was reported that Harper Lee, author of To Kill a Mockingbird, passed away at age 89. According to AL.com, multiple sources in Lee's hometown of Monroeville, Alabama, had confirmed that the beloved, Pulitzer Prize-winning writer had died. Lee was one of the most revered and intriguing American authors. She earned domestic and international praise for 1960's To Kill a Mockingbird, one of the most powerful and touching books to expose the injustice of racial inequality.

Published in the midst of the Civil Rights movement in the United States, To Kill a Mockingbird became an instant classic with wide-reaching influence on readers throughout the country. The book was so popular that the story was brought to the silver screen in 1962 in an Academy Award-winning movie starring Gregory Peck. According to The New York Times, more than 10 million copies of To Kill A Mockingbird had been sold by the late 1970s, not even two decades after the novel was first published.

Lee will be remembered as one of the most profound American authors because she cared so much about creating novels that forced readers, especially young readers, to think critically and sensitively about the world. Lee perfectly explained her view on reading and its power when she said, "The book to read is not the one that thinks for you but the one which makes you think."

Despite To Kill a Mockingbird's fame and acclaim, Lee actively eschewed the public spotlight. According to The New York Times, Lee said in a 1964 interview that before To Kill a Mockingbird was published, "I was hoping for a quick and merciful death at the hands of the reviewers, but, at the same time I sort of hoped someone would like it well enough to give me encouragement." To her, the heap of positive attention "was just about as frightening as the quick, merciful death I’d expected."

Lee proceeded to live a decidedly private life and did not publish another book after To Kill a Mockingbird until last year's Go Set a Watchman, a prequel to her established classic. The book was not nearly as critically well-received as To Kill a Mockingbird, and there was controversy over whether the aging Lee even wanted the book to be published. Still, Lee-obsessed literary groupies throughout the globe relished the chance to read more from her and Go Set a Watchman had record-breaking sales. William Grimes at The New York Times described Lee as a "literary Garbo, a recluse whose public appearances to accept an award or an honorary degree counted as important news simply because of their rarity."

Because Lee was so media-shy, any interviews with or quotes from her are precious to her legion of fans.