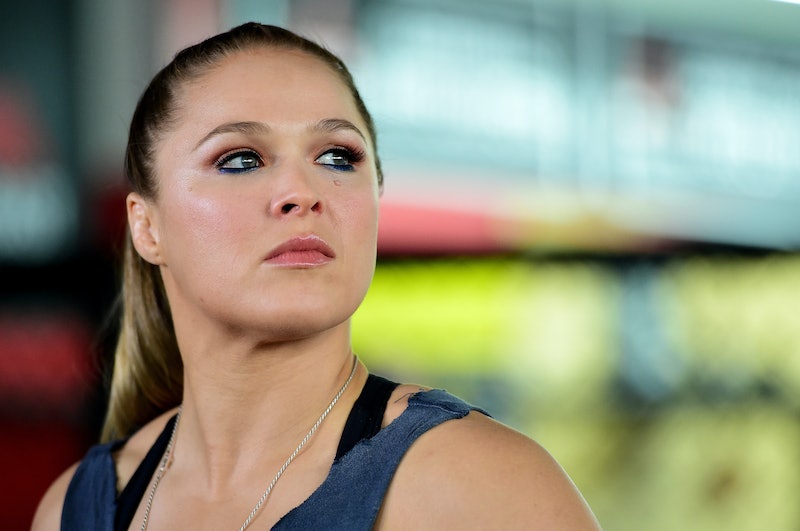 When you’re an incredible fighter and on a smoking hot new Sports Illustrated Swimsuit Issue cover, there’s pretty much nothing that can bring you down. Ronda Rousey spoke out against a Photoshopped picture of her, which was taken during an appearance on the Tonight Show with Jimmy Fallon. She first posted a picture from the show to thank her hair, makeup and styling team and later said she realized the image had been edited, so she re-uploaded a side-by-side comparison with a message to her fans.

Rousey captioned the side-by-side photo, “I have to make an apology to everyone — I was sent a picture to share on social for Fallon that was altered without me knowing to make my arms look smaller. I won't say by who — I know it was done with severely misplaced positive intentions — but this goes against everything I believe and I am extremely proud of every inch of my body. And I can assure you all it will never happen again. I could not be more appalled and hope you all forgive me.”

All women should be proud of their bodies, but since Rousey is a fighter for a living, it must be an especially large blow to realize her hard-earned arm muscles had been digitally trimmed down. Here's a comparison between the original photo and the edited version, showing it had been edited to make her appear slimmer, which is definitely not OK, as Rousey made abundantly clear.

This isn't the first time that Rousey has spoken about her body and all of the reasons she loves it, either. She is body positive and has every right to be, just as all people do. Take a look at eight other times that she's completely owned her body like the total badass she is.

The first time Rousey appeared in a SI issue, she was just proud to represent a different body type. "I was so happy to have this opportunity because I really do believe that there shouldn’t be one cookie cutter body type that everyone is aspiring to be," she told the magazine.

2. When She Reminded Us All Not To Pay Attention To The Scale

Her thoughts on not being defined by a number on a scale are genius. "I wouldn't try to go weigh 135 if it wasn't part of my job. I wouldn't feel the need to check to make sure I was always there. My reflection is what I check, not a number," she said. And that's such a great attitude to have. If you feel good and think you look good, who cares how much you weigh?

3. When She Represented A Different Body Type

She realizes just how big of a deal it is that more women with all different body types are getting represented in the media.

4. When She Reached Role Model Status

Rousey told ESPN, "People can say I am a terrible role model because I swear all the time or that I fight people. Look, I don't want little girls to have the same ambitions as me. I want them to know that it is OK to be ambitious." Because she doesn't take her position as a role model for other women lightly.

5. When She Shut Down Body-Shamers

She'll teach people a lesson about body shaming her. "I swear to God, if anyone calls me fat one more time in my life, I'm going to kill them," she said in an New York Times interview. Consider yourself warned.

6. When She Kept Making Appearances In The Media

She has no problem being in the media because she sees the good it's doing. "If I can represent that body type of women that isn't represented so much in media, then I'd be happy to do that," she said to the New York Times.

7. When She Was Butt Naked With No Sleep & Still Flawless 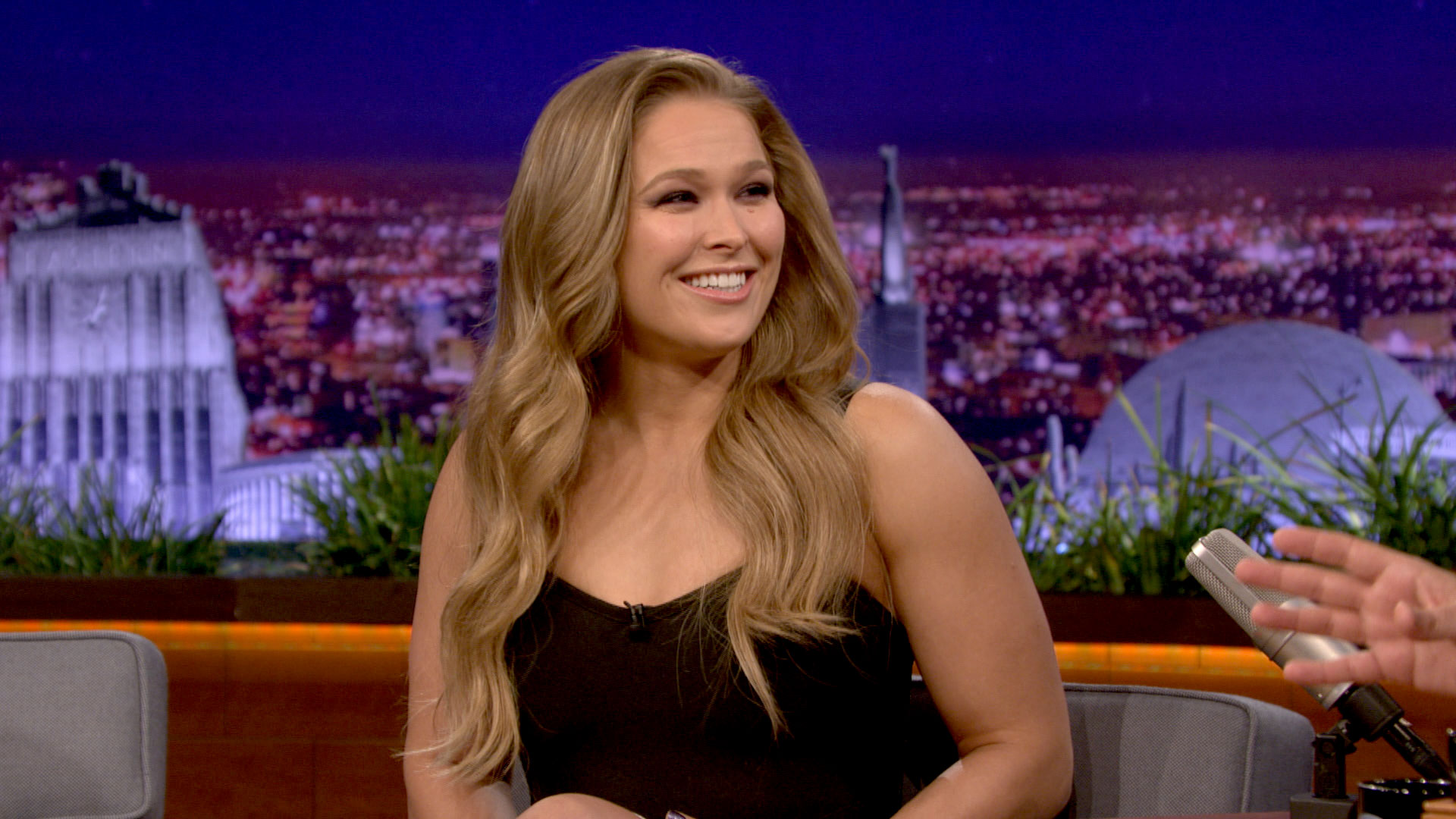 Rousey talks being "butt naked" and sleep-deprived for her SI cover shoot. She slayed no matter what, though.

8. When She Admitted To Being Self-Conscious

She openly admits to being self-conscious during the painting stage of her cover shoot for SI because she's human. Everybody has insecurities, but she doesn't let hers hold her back.

Strong and confident is the best combination.