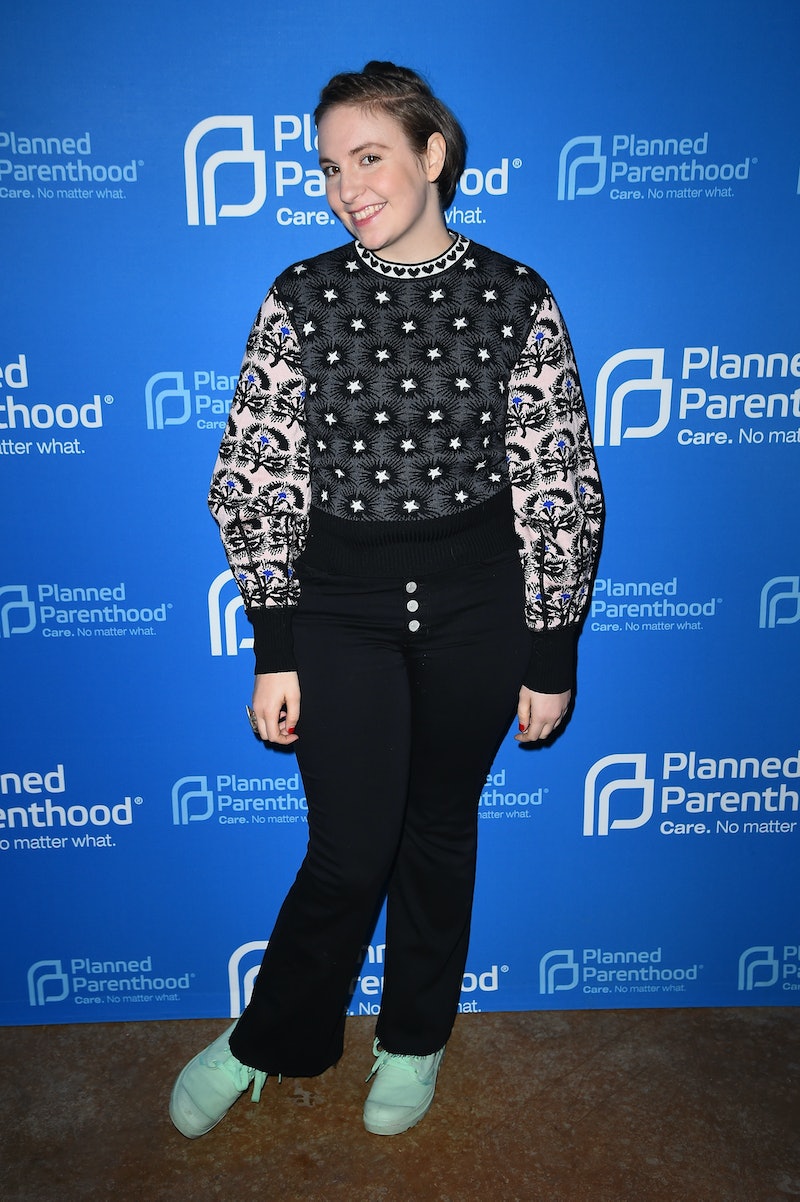 Navigating election year is a major feat, especially if you can't find a candidate who clearly aligns with all of your beliefs. For voters who identify as feminists, it may seem like gender equality is only one issue on the political agenda; however, most issues relate to feminism in some way or another, considering women face gender-based discrimination or unfair treatment in most aspects of their lives. Because every single issue being debated by presidential candidates affects female Americans, there are some things about the election you need to know if you're a feminist voter.

Women in America are a far way off from being treated as men's equals in the workplace, in the government, and in the home, and analyzing candidates and elections through the lens of gender equality is about much more than abortion (though that's still an important issue for women's autonomy). Economic plans and legislation, for example, can largely determine whether or not women have equal opportunities in getting jobs, make the same amount of money as their male counterparts, and can go to work without fear of being sexually harassed.

If you're approaching the 2016 election with feminist beliefs and concerns, there are a few things you should be aware of.

There Aren't Many Women In Congress

Before jumping into the presidential election, let's talk about the congressional election also happening in November. In 2014, more than 100 women were elected to Congress for the first time in history, but they still make up only 19 percent of the total 535 members. Of course, it's important to vote people into Congress who closely align with your political ideologies. At the same time though, Congress needs to become more gender balanced in order for America to follow suit. Since the sole purpose of Congress if to represent Americans in the government, it should properly represent the population, which is 50 percent female. It should also come as no surprise that women are usually the ones to champion legislation that helps women.

Minimum Wage Is A Women's Issue

The debate surrounding raising the minimum wage is more than an economic and labor issue — it's also a women's issue. Two-thirds of minimum wage workers in the United States are women, meaning that a low federal minimum disproportionately affects female workers. Women are largely paid less than men in non-minimum wage jobs as well, but paying low-wage workers more would make it possible for women to support themselves and their families. The federal minimum wage is currently $7.25 per hour and $2.13 for tipped workers, and women in every state supporting two children on minimum wage live near or below the poverty line.

America Is Behind On Paid Maternity Leave

The United States is the only industrialized nation in the world without guaranteed paid maternity leave for female workers. This may not seem relevant if the idea of having a baby is far from your mind (like really, really far); however, a lack of maternity leave should concern anyone who thinks women deserve to be treated equally at work. Women who don't have maternity leave are often forced to return to work immediately after giving birth or risk losing their job, essentially punishing them for procreating and making it even harder for women to succeed in their careers.

Social security restrictions and reductions also disproportionately affect women in the United States. Because women have longer life expectancy than men, they often outlive their male partners. More women over the age of 65 live in poverty than their male counterparts, and women who live alone are even more likely to be below the poverty line. Older Hispanic women who live alone experience the highest percentage, with 45 percent living in poverty in 2013.

By now, most voters know that the Republican presidential hopefuls oppose abortion — they've made that much very clear. Their stances are more extreme than in past elections though, with most not only wanting to restrict abortion, but outlaw it completely. Ben Carson, Ted Cruz, and Marco Rubio oppose exemptions for cases of rape and incest. Rubio has said in debates that he supports an exception when the life of the mother is in danger, but Carson and Cruz want to make abortion illegal in every case.

If you want to vote for politicians who will advance gender equality, keep these issues in mind.

More like this
How To Fight For Reproductive Rights, Based On How Much Time You Have
By Courtney Young
17 Powerful Photos From March For Our Lives Protests Across The U.S.
By Michelle Toglia
5 Concrete Ways To Take Action Against The Rwanda Deportation Plan
By Rachel Mantock
How 5 People Upended Their Lives To Fight For Abortion Rights
By Hannah Smothers
Get Even More From Bustle — Sign Up For The Newsletter