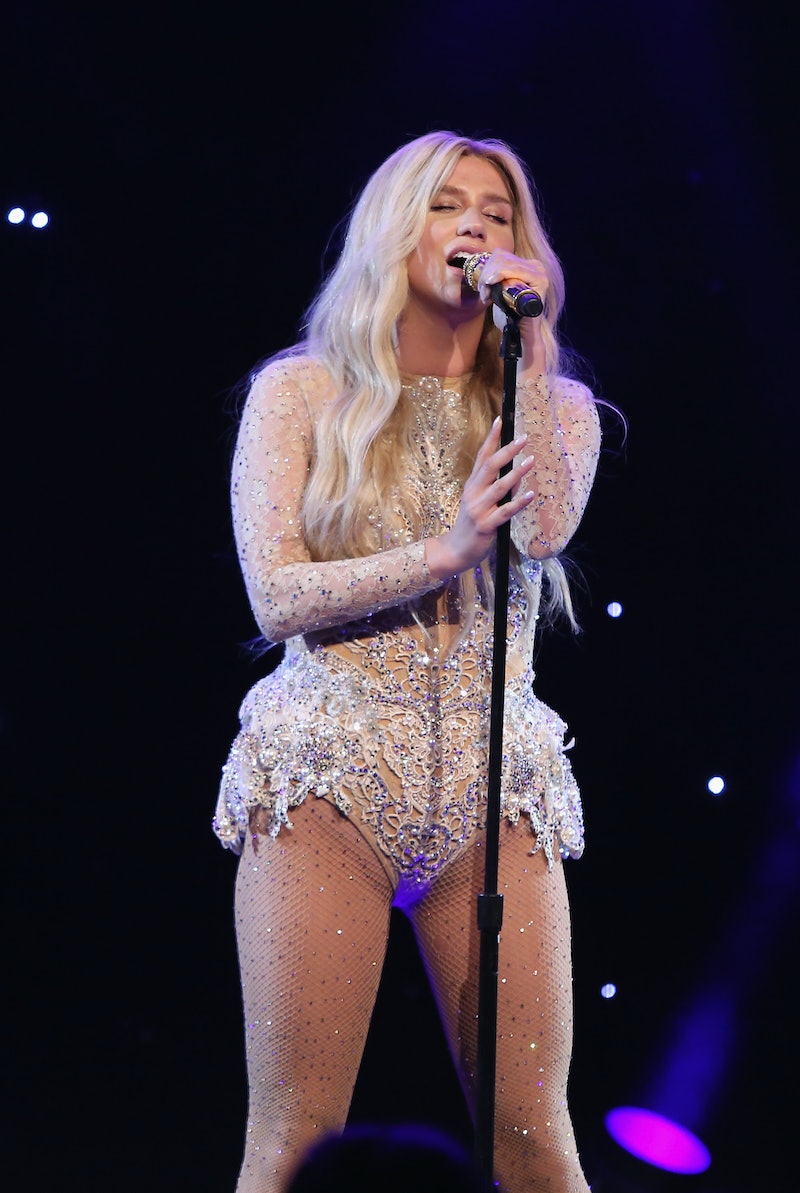 It has been an undoubtedly crushing day for Kesha. After a year-long battle to get out of her recording contract with producer Dr. Luke, a New York-based judge denied the singer's request for an injunction and ruled on Friday that Kesha cannot break her contract with Sony Music. Kesha, who is also suing the music producer for allegedly drugging and raping her and claims he emotionally and verbally abused her for 10 years (Dr. Luke vehemently denies these claims and sued the singer for defamation), visibly broke down in tears when the judge announced the verdict, People reports. With so many different factors at play here, what does this specific verdict mean for Kesha?

The singer's legal team has long argued that if the judge did not approve the injunction (which would "temporarily nullify" her contract with Sony Music, the Daily News reports), her career is over. According to BuzzFeed, in November 2015, Kesha claimed that if she is not released from Dr. Luke’s exclusive contract — in which she is under contract to make six more albums — "she will continue to be unable to record, write, publish, or perform music with anyone else."

Former Universal Music Distribution CEO Jim Urie argued that the singer's career would be "effectively over" if she did not get the injunction.

"No mainstream distribution company will invest the money necessary to distribute songs for an artist who has fallen from the public eye, as is happening to Kesha at this very moment," he told The Hollywood Reporter. "Accordingly, if Kesha cannot immediately resume recording and having her music promoted, marketed, and distributed by a major label, her career is effectively over."

Though still bound by her contract, Sony Music has agreed to let Kesha work with another producer, which the judge pointed out. Her lawyer, Mark Geragos, however, was adamant that this was an "illusory promise."

"If he's the one in charge of the company that does all the things to produce it ... she can record right now, but no one is going to hear it," her lawyer stated, according to People. "She has a window in which she can produce music, that it can get out there, that it can get promoted ... His end game here is to destroy her... She is set up to fail."

Bustle has reached out to Dr. Luke's publicist regarding the claims that he wants to "destroy her," but has not yet heard back. In September 2015, a spokesperson for the producer told The Hollywood Reporter,

If Kesha now regrets her career being mired in legal proceedings, it’s entirely her making. It was Kesha who chose to file a lawsuit falsely alleging abuse to gain advantage in contract negotiations, and now she must accept the consequences of her improper actions.

You're asking the court ... to decimate a contract which was heavily negotiated and signed by two parties in an industry where these kinds of contacts are typical; you're asking me to decimate all that law. Now the other side has come forward to say, "We will let her record without Dr. Luke." I don't understand your problem ... It's not in [the company's] best interest to not make money and not promote a recording artist.

As for the ultimate outcome of Kesha's career, it looks like only time will tell. The singer has not released any new music since her lawsuit in 2014, but posted a video of herself singing a haunting version of "Amazing Grace" earlier this year:

The video has since gone viral.

The judge plans to hand down a verdict about Kesha's sexual abuse allegations regarding Dr. Luke in the "coming days," Page Six reports.

More like this
Adele’s All-Female Lineup Includes Kacey Musgraves, Mahalia, & Self Esteem
By Shahed Ezaydi
What Is Ariana Grande's Net Worth? When It Comes To Money, She Has No “Problem”
By Hugh McIntyre
Twitter Is Still Flying High After McFly’s Glastonbury Set
By Sophie McEvoy
Lily Allen Was “Quite Emosh” After Performing Sober At Glastonbury Festival
By Stephanie Topacio Long
Get Even More From Bustle — Sign Up For The Newsletter