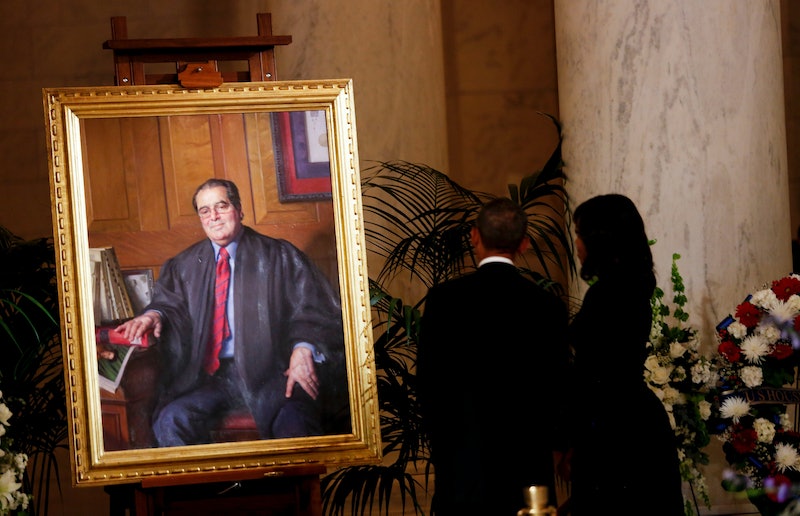 Supreme Court Justice Antonin Scalia, who passed away last week while away on a hunting trip in Texas, is being laid to rest on Saturday in Washington, D.C. A devout Catholic, it's only fitting that Scalia's funeral Mass will be held at the iconic Basilica of the National Shrine of the Immaculate Conception, America's largest Catholic church. Those mourners slated to attend Saturday's funeral range from those who shared the justice's Catholic faith to those who admired his conservative principles, as well as those who respected him from across the political aisle. Who's attending Scalia's funeral? The attendance list — and the no-shows— may surprise you.

The highest-ranking U.S. politician attending Scalia's funeral Mass is Vice President Joe Biden, a Catholic who reportedly had a close relationship with Scalia despite their differing politics. Biden will be the top representative from the White House; President Obama and First Lady Michelle are not attending the funeral Mass, even though Scalia was the most tenured member of the Supreme Court at the time of his death.

The White House did not explicitly say why Obama won't attend Scalia's funeral, but White House press secretary Josh Earnest said during a press conference earlier this week that the president's security detail would be too much for the event, The New York Times reported. Obama, however, did pay his respects to the late justice on Friday, when Scalia lie in repose at the Supreme Court building.

Although Obama won't be attending Scalia's funeral Mass, a number of U.S. politicians, in addition to Biden, are expected to mourn the much-admired justice. Sen. Ted Cruz (R-Texas), who's currently in the middle of his presidential campaign, reportedly rearranged his schedule to mourn Scalia at the historic basilica in Washington.

And of course, Scalia's colleagues on the Supreme Court are expected to attend Saturday's funeral Mass. Among those justices expected to pay respects are Chief Justice John Roberts; Justices Elena Kagan, Stephen Breyer, Samuel Alito, and Ruth Bader Ginsburg; and retired Justice John Paul Stevens. According to CNN, Justice Clarence Thomas, one of Scalia's closest friends, will read from Romans 5:5-11 during the Mass.