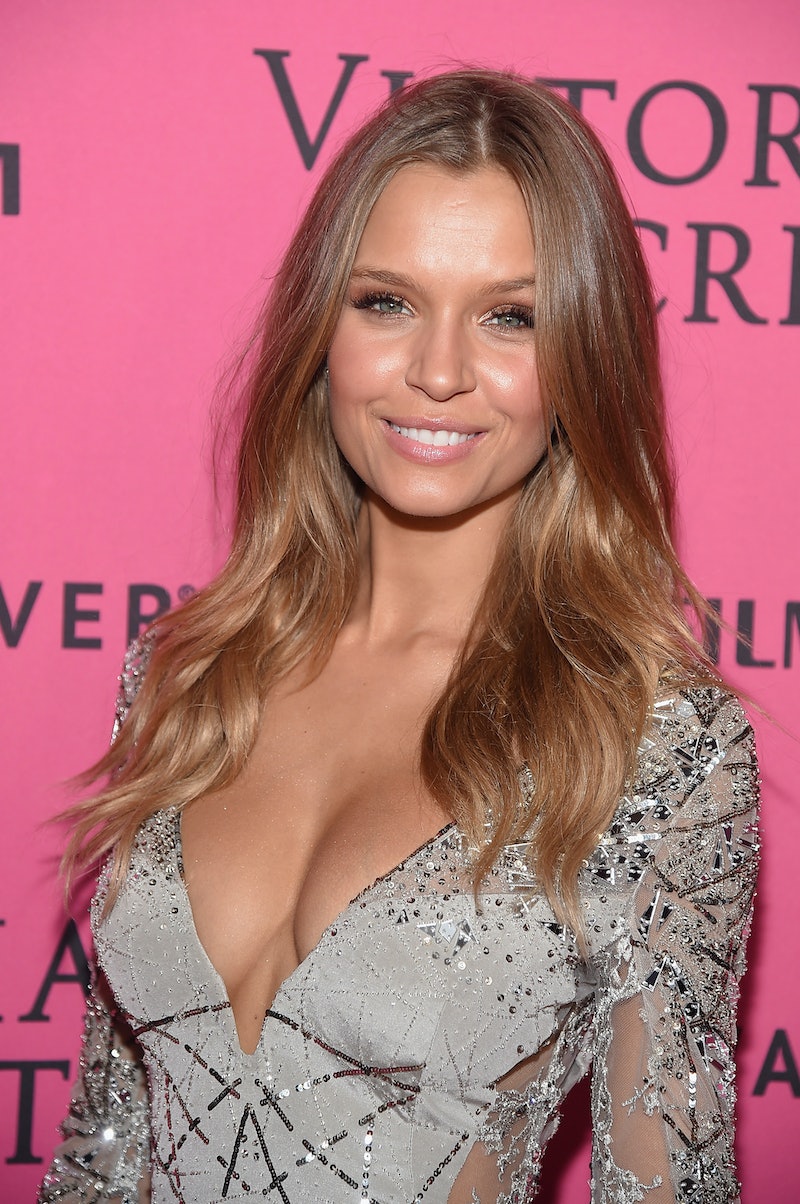 Friday afternoon, Victoria's Secret announced that there would be a new Angel to join the likes of Candice Swanepoel, Adriana Lima and Taylor Hill. And no, it wasn't Gigi Hadid (although I feel like she will inevitably be named an Angel in the future). According to Vogue, the newest Victoria's Secret Angel is Josephine Skriver, a 22-year-old Danish model who you've probably seen before.

Now, I'm not sure I'll ever completely understand the distinction between Victoria's Secret Angel and Victoria's Secret model (maybe it has something to do with the wings?), because it kind of seems like they all do the same work whether they're officially an Angel or not — but I digress. Skriver has been modeling for the brand ever since she walked in the annual Victoria's Secret Fashion Show in 2013, according to People. She was even on the cover of the 2016 Victoria's Secret Swim Catalog, which is a big deal when you consider all of the other beauties who were already official Angels who could've been chosen.

Skriver isn't just a pretty face — she's an activist as well, being a huge supporter of LGBTQ rights, since she grew up with a gay father and a lesbian mother and was conceived through IVF. In an interview with i-D Magazine , she explained how her childhood made her a very accepting person.

“I hope I can help raise awareness about how amazing and loving parents members of the LGBTQ community can be,” she said. “Who they love does not make them any less capable of raising great human beings. The more people realize that my own upbringing and that of others were healthy, positive ones, the more they will come to understand that the love in an LGBTQ household is no different.”

Skriver hopes that being a Victoria's Secret Angel will help her bring more attention to important issues, like LGBTQ rights.

It's safe to say we'll be seeing a lot more of Skriver, which can only be a good thing.