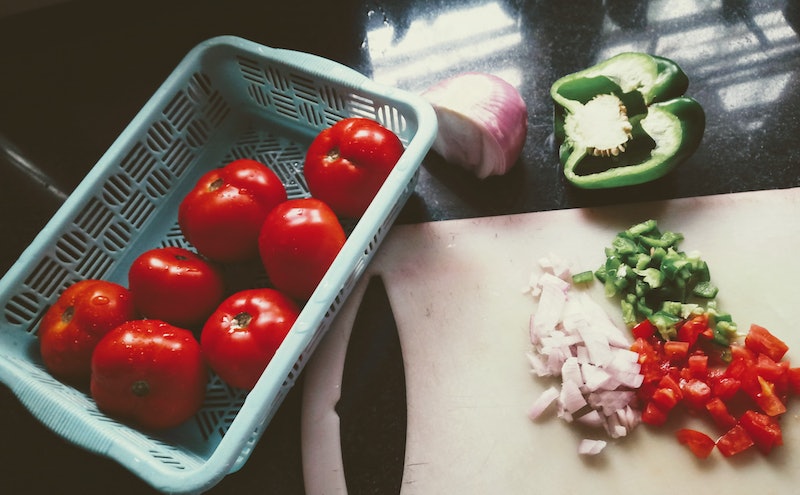 Though it isn't a recognized eating disorder within the DSM-V (the catalogue of psychological disorders produced by the American Psychiatric Association), the term "orthorexia nervosa" is increasingly gaining attention as a legitimate and useful framework for thinking about a certain form of eating restriction. Orthorexia describes an obsession with eating "clean" — which means that a person struggling with orthorexia is not just dieting or trying to avoid certain foods, but becoming rigidly, unhealthily restrictive about foods that aren't pure, organic, paleo, vegan or adhere to whatever other specific standards. This doesn't mean that someone struggling with orthorexia is into juicing and the occasional cleanse; rather, they are dealing with issues of food purity as control and self-discipline, carried to the same serious and deeply damaging levels as other, more commonly recognized eating disorders.

The idea of orthorexia has been around since 1996, but it became much more well-known when Jordan Younger, who had made her name with her blog The Blonde Vegan, publicized the fact that her attempt to eat "clean" had become psychologically obsessive and overpowering, and reported that she was trying to rebuild an entirely new relationship with food. Just as anorexia is not actually about becoming thin, but rather about developing a sense of control, orthorexia is not really about getting "too healthy": it's a manifestation of control, an attempt to gain complete power over a universe that might seem or feel overwhelmingly chaotic.

Though diagnosing any eating disorder (or any other mental health issue) should be left to a professional, the concern of loved ones is often an important factor when folks struggling with eating disorders decide to get help. So while telling a friend in accusatory way that you think their eating is disordered is never helpful, using sensitivity and empathy to express your concern over their eating can be helpful and important. So if you think a friend might be showing signs of orthorexic behavior, check the list below, and then tell them that you have some questions about their eating habits.

1. They Attach Ideas Of Security And Happiness To "Pure" Foods

The definition of orthorexia nervosa, according to a clinical study of the phenomenon by Bates College in 2015, is "a pathological obsession with proper nutrition that is characterized by a restrictive diet, ritualized patterns of eating, and rigid avoidance of foods believed to be unhealthy or impure." This is the core of orthorexic behavior: conceiving of food purity as a path to happiness.

Orthorexics feel truly settled and happy only when their ability to control their food, and make sure it fulfills their standards, is absolute. The perfectly "organic" or "green" meal, produced with huge attention to its nutrients and clean credentials, is the thing that will make them feel satisfied and calm. Note that this isn't necessarily about enjoying the food; rather, it's the process of checking, finessing, researching and other clean-food behaviors that will really focus them. If it's been made clear that you shouldn't interrupt them, criticize their rituals or interfere in any way as they prepare their meal, it may be worth asking your friend if they have heard of orthorexia.

2. Taking Them Out To Eat Makes Them Feel Stressed And Anxious

The experience of being in a place where they can't control the quality, purity and "perfection" of what goes in their bodies will be extremely stressful and worrying to orthorexics. They may spend ages scouring the menu, interrogate the waiter and chef about every aspect of the food, show signs of irritability, anger or weepiness when dealing with the prospect of food that doesn't meet their standards, restrict themselves to water or tea, or simply avoid coming out to dinner because they don't want to be exposed to food that doesn't live up to their standards. Don't confuse this with the behavior of a friend with a dietary allergy or preference (veganism, etc), who must ask questions to make sure that foods don't make them sick or contain an ingredient that they wish to avoid for other reasons — an orthorexic is being driven by fear in this situation, rather than health or beliefs.

3. They Attach Moral Qualities To Foods

Part of orthorexic dysfunction is the propensity to divide foods into "good" and "bad," with the "bad" camp taking up a huge amount of space. For people struggling with orthorexia, the concept of unhealthy foods grows way out of proportion. It's no longer about viewing certain "unhealthy" foods as something that is best consumed in small doses or only on occasion due to their nutrient density; it's now something that should be accompanied by guilt or punishment if it's consumed. If their language when they condemn foods (and the people who eat them) is full of moral judgement, if they worry about themselves as bad people if they stray outside their own lines, then it is worth talking to your friend about orthorexia.

4. They Become Distressed If Their Ideal Food Isn't Available

An orthorexic's route to happiness is their food regime. If they can't access that for whatever reason (a local health food store closes, their delivery of veg doesn't come, somebody eats their food), they'll show out-of-proportion distress about it. They may spend a huge amount of money in order to get the food they want, refuse to eat until they get it, worry endlessly, or show other signs of real worry, misery and anger. "I was terrified of anything processed or artificial," recovering orthorexic Marianne Riley wrote for Psych Central, "terrified it would make me unhealthy. Healthy was all I cared for."

5. Their Life Is Becoming Constricted Around Their Food Choices

If they won't come to the movies because the treats there are all unhealthy (or unless they can bring their own); if they turn down invites to go out to bars because they have to spend that evening making particular foods; if they pass on attending parties because the idea of social interaction is less interesting to them than their food regime, then their obsession with food purity and cleansing may have crossed into the realm of dysfunction. Pamela Wiegartz at Psychology Today calls this becoming "socially isolated because of your eating habits": an orthorexic loses interest in things that don't contribute to their health.

6. They're Obsessives About Food Facts

The science or theories behind their food regimes are extremely important to orthorexics. In seeking a sense of relief and control via "feelings of health, cleanliness, and pureness," in the words of Eating Disorder Hope, orthorexics may become unhealthily fixated on data and information about nutrition. They are prone to extreme reactions to the presence of ingredients or additives they think are "unclean," and they build up a wall of information to regulate and justify their restrictive eating habits.

7. They React Very Poorly If They Eat "Incorrectly"

One of the most prominent signs of orthorexia is how a person acts after they eat something that has been classified as "bad" or "unhealthy." The consequences? A "wave of self-loathing", one recovering orthorexic told Healthline, plus guilt of enormous, crushing proportions, and a need to further restrict, control and purify to "make up for" the lapse. Food, to the orthorexic, is an intensely dangerous, volatile and morally loaded thing, and to ingest the wrong thing is to set themselves up for serious emotional distress. If you come across a friend having a full-blown crying fit or castigating themselves viciously after eating something with additives, because they're afraid they've compromised their health, it's probably time to gently discuss whether they may need some help.