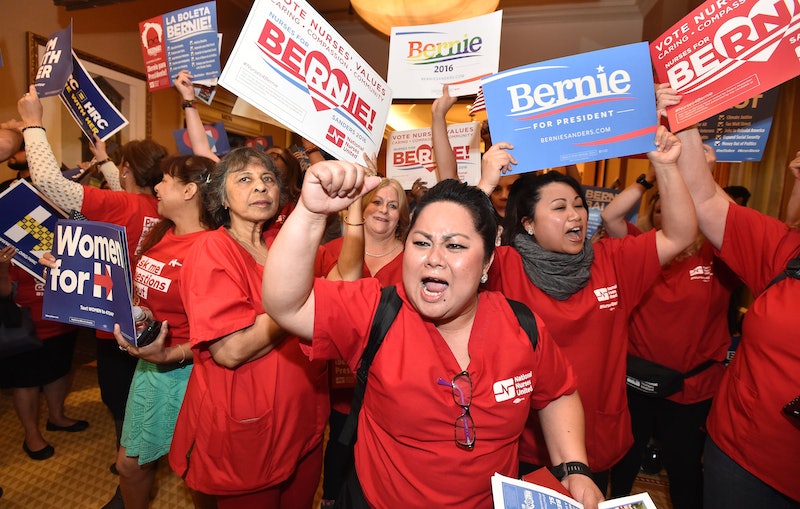 Hillary Clinton was named the winner of the Nevada Democratic caucuses on Saturday with more than 78 percent of precincts reporting. But her First-in-the-West win might very well be the last caucus victory her campaign will see in the States, according to Nate Silver's respected analysis website FiveThirtyEight, which claimed it was possible Sen. Bernie Sanders could win every state caucus held after Nevada.

Despite votes still rolling in, Clinton was named the projected winner of Nevada's Democratic caucuses, holding 52.1 percent of the vote to Sanders' 47.8 percent, with 79 percent of precincts reporting. Shortly after Clinton was named the projected winner, analyst and Fivethirtyeight editor in chief Nate Silver claimed Sanders' loss in Nevada just might actually be the beginning of a big winning streak regarding the remaining caucuses.

According to Silver, Sanders could quite possibly come out the victor in caucuses slated to be held in Alaska, Colorado, Idaho, Kansas, Maine, Minnesota, Nebraska, Washington, and Wyoming despite losing both the Iowa and Nevada caucuses. So, why the potential for success given his history of caucus defeat?

Polling data shows Sanders fares better in white and liberal states and all but one of the remaining states set to hold caucuses this year have predominantly white populations, according to Silver. Further contributing to Sanders' staying power is the fact Clinton claimed only narrow victories in both Iowa and Nevada.

But the Vermont senator isn't likely to sweep all of the remaining caucuses. The American territories' tendency to favor establishment candidates is likely to benefit Clinton, however, who Silver predicts will win caucuses held there. Even so, Sanders could benefit immensely from a series of state caucus wins.

Colorado and Minnesota are next to caucus, with both states set to vote on Super Tuesday. The most recent poll to come out of Colorado showed Sanders had managed to pull ahead of Clinton, who held a double-digit lead earlier in the primary race. The Washington Free Beacon poll reported Sanders holding 49 percent of support compared to Clinton’s 43 percent. Early polls in Minnesota also showed Clinton with a strong lead over Sanders, although no data has been released since mid-January. Sanders' campaign director for Minnesota told CBS in mid-February the senator feels confident he can pull off a win in the state.

Sanders' Nevada loss is far from the end of the road for the Vermont senator, who told supporters in the state his narrow margin of defeat in Nevada made him certain "we're going to see the results of one of the great political upsets in the history of the United States" in July. Come-from-behind wins in the Colorado and Minnesota caucuses could enable Sanders to infuse his campaign with some major momentum and prove he not only has staying power but electability as the candidates head into March's busy primary schedule.