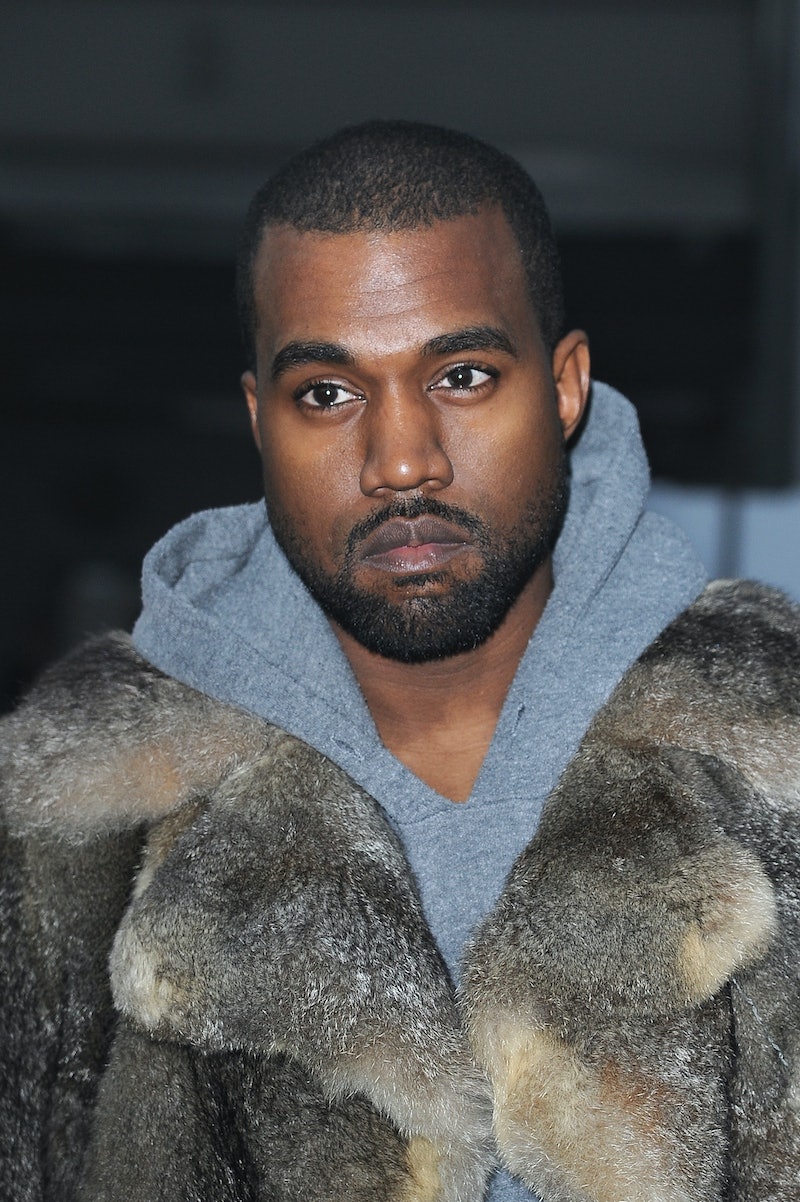 Kanye West can rest easy now, because assault charges against West were dropped. To recap what went down originally: On Jan. 13, West and Kim Kardashian were allegedly subject to racial slurs hurled at the couple by an 18-year-old near a chiropractor's office where Kardashian had scheduled an appointment. In response, West, all in the name of love and devotion, allegedly threw him a punch — 'cause no one messes with his baby-mama-slash-bride-to-be.

The Associated Press reports that there were conflicting reports just how confrontational the incident became, but the rapper wasn't seriously injured. Although West was not arrested, his attorney, Blair Berk, has not made any comments regarding the original charges. But now that the DA has dropped the charges — thanks to a civil settlement — and rejected the case, it looks like all's good for the West clan, minus a videotaped incident with a paparazzo. The hearing for that will be on Feb. 25.

So, what's the moral of the story? If you're Kanye West, you can get away with shit or is it if you allegedly punch someone in the face for your love, you can get away with it? I'd like to continue being the eternal optimist that I am, and say that that moral of the story is that if you come to a civil agreement with someone, your problems can be rectified, but even I'll admit that that's probably not the correct answer here.