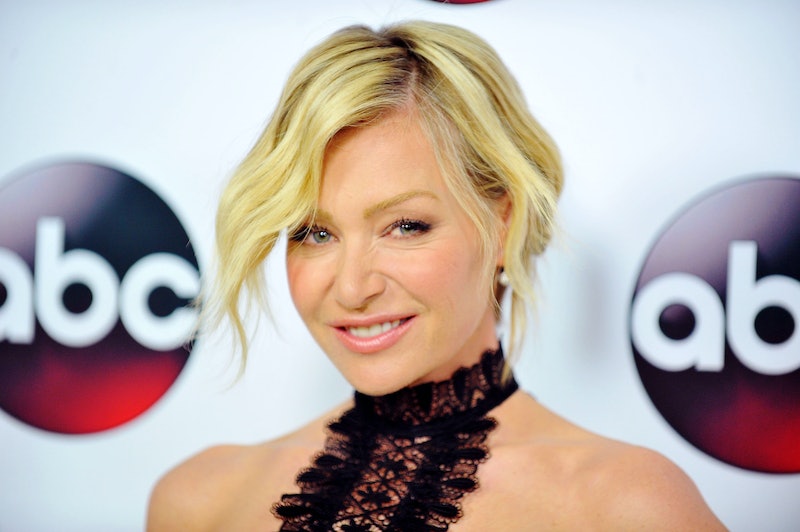 Lesbian and queer women all over the world have to face a lot of stereotyping and discrimination based on their sexual orientation, gender identity, and physical presentation. As a femme lesbian, I live this reality almost every day — and believe you me, there are are a number of things not to say to a femme lesbian. Not only are they offensive or undermining, but moreover, they're usually questions we've gotten a million times. I can only speak for myself here, but honestly... it gets old.

For those who aren't familiar with the term "femme lesbian," let's imagine a a gender presentation scale where "feminine" is on the left side, "masculine" is on the right side, and "androgynous," "nonbinary," and "bigender" are in the middle. A femme lesbian is typically left of center and presents as or identifies with femininity more so than masculinity or androgyny. It's also important to note, though, that "femme" can mean a lot of different things to a lot of different lesbians; many lesbians who identify as femme can also identify as something other than just female, such as non-binary or bigender. It's not an either/or sort of situation.

Now that we've discussed what it means to be a femme lesbian (and all the nuances that go into it), let's talk about some things femme lesbians don't love hearing:

No one is "too pretty" or "too ugly" to experience love and attraction towards someone. Since femme lesbians can often pass as straight girls, though, people regularly take it upon themselves to try to actually convert us into straight girls. But remember: Just because someone adheres to society's arbitrary definition of beauty doesn't mean they have to adhere to society's definition of anything else, including sexual orientation.

Many people have a very specific idea of what a lesbian looks like or how a lesbian acts, and sometimes, femme lesbians don't fit into that box. Because of this, people often take it upon themselves to ask us things like, "Are you actually gay?" or, "Are you bi? have you liked men at some point?" But in the same way asking a straight person if they're "actually straight" undermines their sexuality and identity, asking a femme lesbian if she's actually gay suggests that she doesn't hold credibility in how she self-identifies. Really, though, the only person who gets to decide how someone identifies is that person themself.

To all the boys who have ever asked any femme lesbian if they "can watch" (referring, of course, to watching her have sex with her partner): no. Nope. No. Unless femme lesbians invite you willingly and explicitly into their sex lives, the answer is forever no.

Many people assume that femme lesbians are automatically going to date lesbians who present in a way that's little more masculine than they do. (Note, by the way, that I didn't say "date lesbians who look like boys.") There are two things wrong with this assumption: First of all, it perpetuates the heteronormative idea that, in any given two-person romantic relationship, one partner must be feminine and the other must be masculine. Secondly, it assumes that all femme lesbians only date non-femme lesbians. News flash: there's no magnetic forcefield in the lesbian world that draws femme and non-femme lesbians together. People fall in love with whoever they fall in love with, physical presentation aside.

Once again, the answer is plain and simple: No.

6. "How many women have you actually slept with?"

To be completely honest, I get this one mostly from other lesbians. Even within the lesbian and queer girl community, femme lesbians experience a relative amount of invisibility; because their look adheres to traditionally heterosexual beauty standards, they're often asked to "prove" their sexuality in some way. But no one should have to prove their sexual orientation, and no one should have to answer a personal question they may not want to.

7. "So when you say girlfriend, do you just mean friend?"

Whenever I introduce someone as my girlfriend, the person asks a follow-up question: "Do you mean friend?" I understand the confusion behind the word, especially because women from older generations might use "girlfriend" to describe a female friend. But when a someone introduces someone as their girlfriend, no follow-up question is required. If you end up having a genuine conversation, you'll probably find out what definition of "girlfriend" means.

Whenever someone asks me this question (and, spoiler, it's usually men who ask it), I turn it around and ask them: "How do you know you're straight if you've never had sex with men?"

But what does "gay" look like? Each person in the world is different and unique, regardless as to whether they're gay or not — so there's no such thing as "looking gay."

You're right. It's such a shame that you're stuck in such a problematic and hurtful mindset.