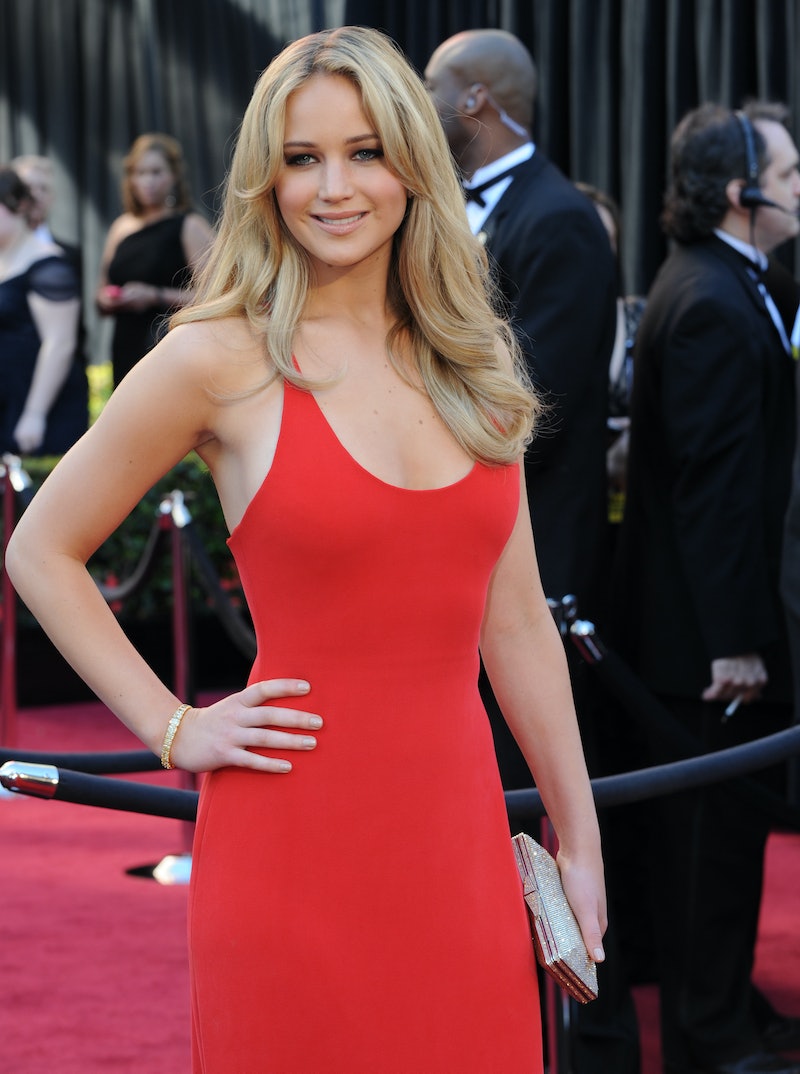 Calvin Klein is renowned for quite a few memorable dresses, like Kate Moss’ little white slip dress circa 1995 and Kendall Jenner’s 2015 Met Gala masterpiece. But IMO, nothing compares to Jennifer Lawrence’s first Oscars dress. In 2011, Lawrence was nominated for Best Performance By An Actress In A Leading Role for her portrayal of Ree in Winter’s Bone. While it was Lawrence’s first time attending the awards (and marked her first ever nomination from the Academy), she looked like a pro in a slinky red gown created by Francisco Costa of Calvin Klein.

Although it’s hard to think of a world where Lawrence wasn't making us crack up on the red carpet, that was once the case. Back in 2011, the future Hunger Games star was a relatively unknown actor and nominee. However, that all arguably changed after her red carpet slam dunk (and her insanely authentic performance in Winter’s Bone). Even though Lawrence didn’t win the award (Natalie Portman took home the trophy for her performance in Black Swan), she did win plenty of hearts with her raw talent and her presence on many best dressed lists in the days that followed.

Since her Oscars debut in 2011, J. Law's fame and style games have only sky-rocketed. Almost every year she is up for a new award, and almost every year she kills it on the red carpet. While her show-stopping looks may be in part to her three-year and $15 million deal with Dior, under which she must wear the Parisian designer’s outfits for all major appearances, as Fashionista reported, it's pretty clear that Lawrence had style well before her contract days.

Lawrence’s Dior-heavy outfits are breathtaking, of course. Who could forget her 2013 Oscars’ Cinderella-style ball gown and her pretty-in-punk Met Gala dress? But it's refreshing to see Lawrence’s unique sense of style through her 2011 Oscars gown.

While the scoop neck front of this Calvin Klein number was beautiful, the criss-cross detailing in the back was both unexpected and modern — perfect for a then 20-year-old Lawrence.

The actor chose to keep her base natural and to play up her eyes. To complement her golden accessories, she went for a heavily lined eye with a bit of bronze shadow, and a touch of nude gloss on her lips. And to polish off her classic Hollywood look, her gorgeous blonde locks were blown out to perfection.

While Lawrence's 2011 Oscars frock might just be my favorite, I cannot wait to see which Dior dress she will wear down the red carpet at the 2016 Academy Awards.

Want more style inspo? Check out the video below, and be sure to subscribe to Bustle’s YouTube page for more hacks and tricks!

More like this
Remember When Benedict Cumberbatch Announced His Engagement In A Newspaper Ad?
By Hugh McIntyre
Tom Cruise Gives His Honest Review Of Lady Gaga’s New Song For 'Top Gun: Maverick'
By Hugh McIntyre
How To Master Baby Braids, According To TikTok
By Tomi Otekunrin
The £11.99 Acne Busting Treatment Florence Pugh Swears By
By Tomi Otekunrin
Get Even More From Bustle — Sign Up For The Newsletter